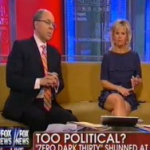 From Mediaite: Last night was the 85th Annual Academy Awards, and one politically controversial Best Picture nominee, Zero Dark Thirty, got snubbed. Mediaite reports on Fox & Friends‘ relevant musings: “The hosts of Fox & Friends speculated about the possible political motives which may have been the basis for Zero Dark Thirty‘s failure to win any of the major accolades at last night’s Academy Awards. One Fox host noted that “a lot of people” said it was a political move. Another host said that the film’s female director may not have been taken seriously because of her gender, despite winning Best Director for an earlier film about the military.” Read more here. 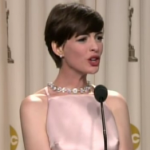 From Gossip Cop: Anne Hathaway may have won an award last night, but it seems like she is losing fans. Gossip Cop reports: “Anne Hathaway addressed her haters following a big win at the Oscars on Sunday. The Les Miserables star’s awards season speeches have been criticized by some observers as too openly emotional and ‘earnest,’ and when a reporter raised the issue during Hathaway’s backstage press conference, the actress responded to the backlash. ‘It does get to me,’ admitted Hathaway, but she went on to explain (using, of all things, a discussion of the universe’s ‘anti-matter’) that ‘things tip in the scale of the positive.’ She continued, ‘I live my life with love, I live my life with compassion, I live my life hoping the best for absolutely everyone, no matter how they feel about me.'” Read the whole piece and watch video here. 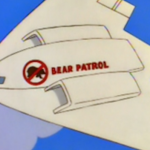 From Geekosystem: There are no longer any wild bears in Switzerland. Geekosystem explains, “How many bears is too many for Switzerland to handle? Apparently, just one, as Swiss wildlife officials have shot and killed the country’s only known wild bear, a 2-year old male known as M13. The bear had wandered into inhabited areas looking for a meal, and reports indicate it had even been following some Swiss citizens around, apparently hoping for a handout, leading Switzerland to declare itself a ‘no-bears’ zone in rather decisive fashion. The brown bear was the last survivor of three cubs born a couple of years ago in the Alps, which form the border between Switzerland and Italy and where the Italian government is attempting to reintroduce bears, which were wiped out generations ago by hunters in the region.” Read the full story here. 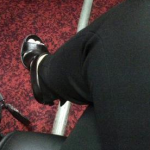 From Styleite: What if you got stuck wearing the same pants for 11 days? It happened to one NBC correspondent, writes Styleite: “What is it with these network news people and their habit of repeating pants? First Anderson Cooperconfesses to only washing his jeans four times a year, and now NBC foreign correspondent Michelle Kosinski has been donning the same pair of trousers for nearly two weeks and documenting the adventure on her Facebook page. To be fair, Kosinski is in Pretoria, South Africa covering the Oscar Pistorius murder case — not exactly the kind of situation that requires frequent costume changes — but surely she could have stuffed another pair in her suitcase. In any case, if she plans on sticking around through the trial, we hope she manages to track down another pair somehow. Maybe she should take a cue from Cooper and buy the kind of APC denim that is only supposed to be washed every few months.” Read more here. 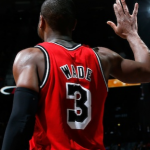 From SportsGrid: Dwayne Wade has given himself a new nickname, and let’s just say the wow factor is lacking. SportsGrid explains, “Did you know that Dwyane Wade is no longer “The Flash?” Not sure when that happened, but apparently it did. And that means Wade has been nickname-less for over two years now, a situation which he recently rectified. Lifting directly from his shoe company, Li-Ning, which has branded his line with the slogan “Way Of Wade,” Wade wants you to know just how highly he thinks of himself. But he’s a humble guy, so he can’t just come out and say it directly. Via The Palm Beach Post: ‘It’s ‘WOW,’ Way of Wade,’ James said, referring to the slogan for Wade’s Li-Ning shoes. ‘I think it’s corny.’ Wade, who discarded the ‘Flash’ nickname two years ago, did not concur.'” Read on here. 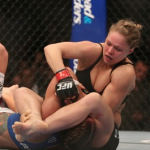 From The Mary Sue: The UFC hosted its first female fight. The Mary Sue writes: “On February 23rd, as Ronda Rousey and Liz Carmouche entered the ring at the sold-out The Honda Center in Anaheim, California, for UFC 157, Joe Rogan announced (over the sound of thousands of screaming fans) that, “This is a gigantic cultural moment!” He was right. If you haven’t followed mixed martial arts, you might not know about the struggle women have had gaining notoriety in the sport.  In spite of the occasional women’s MMA match in Japan in the 90’s and the introduction of women to smaller promotions like Strikeforce, EliteXC, and Bellator, (where, at first, women were made to fight shorter, two-minute rounds rather than the customary five) it seemed like the UFC, the most prominent MMA promotion in the world, would never get around to signing female fighters.” Continue reading here. 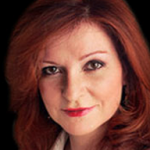 From The Jane Dough: Oh, women taking on other women. The Jane Dough reports on the latest girl tiff: “Maureen Dowd is throwing some next level, New York Times type of shade Sheryl Sandberg’s way. In her latest op-ed, titled ‘Pompom Girl For Feminism’ or ‘Snark Snark Snark Snark,’ the Pulitzer Prize-winning columnist sinks her teeth into Sheryl Sandberg’s Lean In and I swear you can feel her rolling her eyes. Dowd says that Sandberg’s brand of corporate feminism leaves her “leaning out;” according to the columnist, Sandberg is ‘using social idealism for the purpose of marketing.’ If life were a Shania Twain music video, Dowd would bewearing a full cheetah-print outfit and hitchhiking in the desert: so you’re a female business titan in a country where the glass ceiling is still very much intact — that don’t impress(uh) Maureen Down much.” Read on here. 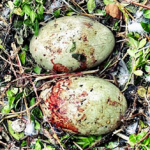 From The Braiser: Once upon a time, Jamie Oliver owned a pair of pet black swans. That time is no more. The Braiser explains, “[O]ne of them was viciously murdered by a fox yesterday morning. ‘Really sad, the fox didn’t even eat a thing just tore up the mother,’ he wrote on Instagram, snapping a very depressing photo of the two eggs the swan had been sitting on, covered in splashes of swan-blood. Since we’d watched the Oscars last night, we immediately wondered whether the black swan had a psychotic break and imagined that it was being stalked by an evil double, and, in an unrelenting drive to achieve perfection in ballet, tried to murder all of her competitors and colleagues…only to discover that she had, in a metaphorical twist, murdered herself.  In reality, it was just a fox.” Read more and see the picture here.