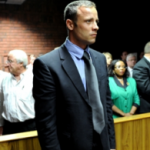 From Mediaite: Today saw an end to the bail hearing of Olympic runner Oscar Pistorius, accused of murdering his girlfriend. Mediaite reports: “The chief magistrate, Desmond Nair, granted Olympian Oscar Pistorius bail as the hearing concluded after several days this morning. Bail is set at 1 million rand (roughly 112,000 U.S. dollars). ‘I’ve come to the conclusion that the accused has made a case to be granted bail,’ Nair said. Pistorius and his defense argued that he was not at flight risk and would cooperate with authorities. Pistorius is facing a charge of ‘premeditated murder’ after his girlfriend Reeva Steenkamp wasfound fatally shot in his home. In an earlier statement, he disputed the charge.” Read more here. 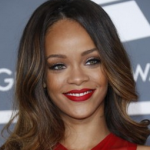 From Gossip Cop: Rihanna can’t seem to stay out of the tabloids. Gossip Cop reports on the latest, “An intruder was arrested for trespassing near Rihanna’s Los Angeles home on Thursday night. The singer’s neighbors reportedly spotted a man snooping around her mansion and another home nearby, and went over to confront him. When they realized the man was an intruder, the neighbors detained him at the house next to Rihanna’s until police arrived, according to TMZ. The man is being investigated for burglary. Rihanna was not home at the time of the incident, as she’s currently celebrating her 25th birthday withChris Brown in Hawaii.” Read the full story here. 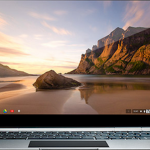 From Geekosystem: Google has a new product, the ChromeBook Pixel. Geekosystem’s Ian Chant explains his confusion with it: “Help me out here, folks, because I am utterly baffled by the Chromebook Pixel. It’s a rather attractive piece of computer, I’ll grant that freely. I’ll even admit to being intrigued by the blend of keyboard and touchscreen interface, because yeah, I’ll admit it — sometimes I push buttons on my laptop screen because I forget that’s not how it works. But a $1,300 price tag for what remains, at its heart, a netbook just seems… I don’t want to use the phrase ‘Ludicrously, hilariously out of touch with the world as it exists today,’ but it’s the only one that springs to mind.” Read on here. 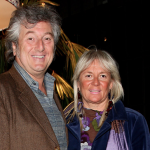 From Styleite: Keeping you up-t0-date on the mysterious disappearance of Vittorio Missoni, Styleite reports on the latest: “Italian news sources are reporting that a plane wreck has been found on the island of Curaçao. Authorities are investigating whether it may be that of the small aircraft carrying Vittorio Missoni, three fellow passengers, and two crew members that disappeared off the coast of Venezuela in early January. The BN-2 Islander was carrying the Missoni chief executive and his companions between the archipelago of Los Roques and the capital city of Caracas when it went off the radar shortly after taking off, and has not been located since. A bag that was stowed aboard the plane was likewise found on Curaçao less than one month ago, while two others bearing the passengers’ identification tags were found on the nearby island of Bonaire last week.” Read more here. 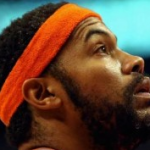 From SportsGrid: There’s a new trio in town (or, the NBA). SportsGrid reports, “Not sure if this will strike fear in Knick opponents, but news of Kenyon Martin joining Rasheed Wallace and Tyson Chandler should cause league officials to poop their pants, ever so slightly. For what this trio lacks in offensive output, they more than make up for in turning an NBA game into a rage-cage-inferno of anger.” They continue on to break down the numbers, beginning, “Tyson Chandler has a career total of 88 technicals over the course of 12 seasons. But that doesn’t tell the whole story, because if you’ve ever watched him, you know he’s ALWAYS PISSED.” Read all about it here. 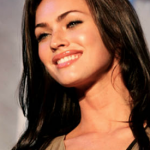 From The Mary Sue: An actress has been cast in Michael Bay’s Ninja Turtles. The Mary Sue reports, “Hey, remember when Megan Fox compared Michael Bay to Hitler?  The director announced he was bringing Fox back ‘into the family’ for his Ninja Turtles film. He didn’t mention which part she’d be taking but Variety reports she’s signed on to play reporter and turtle pal, April O’Neil. It’s a surprise to many to hear Fox has agreed to work with Bay after their very public falling out. The actress worked with the director on the first two Transformers films and was very vocal about her displeasure with him saying he was a ‘nightmare to work with.'” Read the whole piece here. 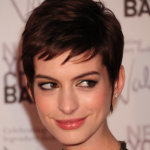 From The Jane Dough: The Academy Awards air on Sunday. Today, The Jane Dough’s Colette McIntyre investigates whether there is a Best Supporting Actress curse, beginning: “Those in the Hollywood scene weren’t surprised when reports of Jesse James’s affair surfaced mere days after his wife Sandra Bullock won her first Oscar for The Blind Side. “It’s the Best Actress curse,” everyone whispered, alluding to the longstanding belief that there’s a casual relationship between winning an Academy Award and having one’s relationship unravel. The Best Actress statuette isn’t the only Oscar with bad juju — according to the grapevine, winning the Best Supporting Actress Oscar turns into a long-term loss. Once a woman wins Best Supporting Actress, it’s believed that she’ll never work again, the award dooming her to the margins of Hollywood. (Insert requisite spooky noise here.)” Read more here. 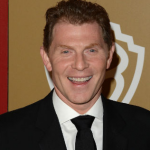 From The Braiser: Will a celebrity chef be joining the next Dancing with the Stars? The Braiser reports, “Dancing With the Stars announces its cast for Season 16 on Good Morning America next week, but Hollywood Life is reporting that they have three cast members exclusively confirmed: current, born-again virgin BachelorSean Lowe, USA Olympic Gymnastics Team champion Aly Raisman, and Bobby Flay. Obviously this is the best news we’ve heard all year. We’ve needed an excuse to get into DWTS and after Ryan Lochte bailed last season, we feared another opportunity would never come. And yet, here we are. About to embark upon our maiden Mirror Ball voyage. With Bobby Flay.” Read the full story here.