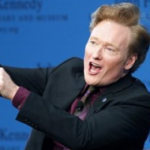 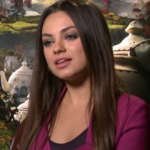 From Gossip Cop: Were you a fan of That 70s Show? Listen to the latest news about it from Gossip Cop: “Mila Kunis says she would “love” to do a “That ’70s Show” reunion. The actress, who was just 15 years old when the FOX comedy premiered in 1998, is “more than game” to reprise her role of Jackie Burkhart. ‘Yeah, I would totally do it,’ says Kunis. ‘Why not? I loved it… They were eight amazing years of my life.’ Kunis and some of her co-stars, including boyfriend Ashton Kutcher, came together last year to reflect on their hit series in honor of FOX’s 25th anniversary.” Read more of what she had to say here. 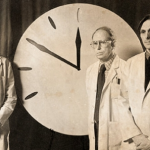 From Geekosystem: Will the world end? If so, when and how? Geekosystem has some answers: “The scientific community got pretty excited with the discovery of a Higgs-like particle last year, but it turns out it’s not all smiles and high fives. Apparently the Higgs boson was the missing piece in a subatomic calculation that could predict a Universe-ending catastrophic event in the future. How worried should you be? Depends on how many billions of years into the future you’ve made plans, but chances are pretty solid that you’ll be long dead before this happens.” Read on here. 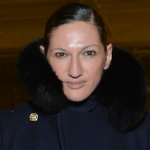 From Styleite: What does it take to win a date with Jenna Lyons? Styleite answers, “Jenna Lyons is auctioning off her precious time in the name of charity, but it won’t come cheap. To raise money for the IS 289 Hudson River Middle School, Charitybuzz and Lyons are auctioning off a tour of J. Crew‘s New York offices, a behind-the-scenes look at a catalog photoshoot, and a lunch meeting with the brand’s president & executive creative director. But as cool as this all sounds,Fashionista points out that according to the legal policy, the tour will not be given by Lyons, the lunch can’t exceed an hour, and travel and housing accommodations are the winner’s responsibility.” Read more, including the estimated winning bid, here. 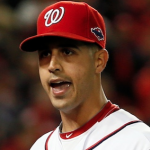 From SportsGrid: As baseball picks back up, the biogenesis rumors continue. SportsGrid reports on the latest, “According to reports, five more players have been found on documents obtained by ESPN’sOutside the Lines from the now notorious Miami clinic Biogenesis. Also noteworthy is that Nationals pitcher Gio Gonzalez did not receive banned substances from the clinic, according to two sources familiar with Tony Bosch’s operation. The five players that are indicated were Padres shortstop Everth Cabrera, A’s reliever Jordan Norberto, Astros outfielder Fernando Martinez, recent Padres waiver claim reliever Fautino De Los Santos, and Mets outfield prospect Cesar Puello.” Read the full story here. 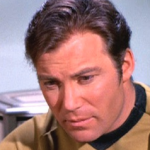 From The Mary Sue: What’s the worst color to wear on Star Trek? The Mary Sue answers, “[B]y percentage of total population of crewmen wearing their respective colors, the blue science and medical officers have it safest, only losing 5.1% of their population. Redshirts have it the next best, with an even 10%, and it’s the yellow shirts of command and helm crew who top out at losing 13.4% of their population over the course of the series. [Matthew] Barsalou can break it down even further: only a portion of red shirted crewmen are actually security personell, the specific population of crewmembers who suffered the worst casualties at 20%.” Read more of his mathematical findings here. 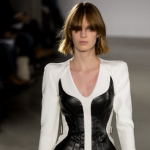 From The Jane Dough: Time to re-vamp your spring office wardrobe! Writes The Jane Dough’s Meredith Lepore, “Though it is hard to imagine it will ever get warmer (please oh please, let it get warmer), spring is just around the corner. New York Fashion Week just wrapped up and reminded us that this season is coming and we need to be dressed well for it.We looked at the biggest trends from the runways and found some that you can rock at work (though it depends on what kind of office you work in).” See the 8 trends you should keep in mind for work this spring as voted by The Jane Dough here. 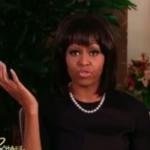 From The Braiser: What happens when the First Lady, Nigella Lawson, and Rachael Ray team up? It’s fierce, writes The Braiser, “Who does Rachael Ray think she is? Do we really need to be so completely overwhelmed by ferocity, grace, lady power, and hot outfits in a single episode of The Rachael Ray Show? If that was her plan for the day, she succeeded. Rachael booked not only Michelle Obama on this morning’s episode, but also Nigella Lawson in her customary jewel-toned, cowlneck-and-pencil-skirt get up. Thank god Beyonce didn’t jump out of the pantry, or our hearts would have stopped.” Read more about the episode here.