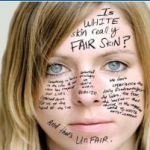 From Mediaite: A Wisconsin university has started a controversial diversity campaign, but today announced it will stand by its plan. Reports Mediaite, “The University of Wisconsin Duluth-Superior is standing by a controversial campaign launched in 2012 to increase public awareness about racial favoritism by writing ‘unfair’ on students’ faces along with a variety of grievances supposedly shared by minorities against Caucasians. The university released a statement last week defending the project and saying that the campaign is prepare to enter its second phase. ‘The creative materials for the campaign’s initial phase, launched in January 2012, were designed to be very provocative,’ reads a statement released by the University.” Read more of their statement here. 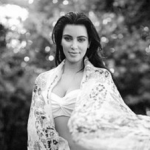 From Gossip Cop: The KimYe baby bump has made yet another appearance… this time, baring it all in DuJour magazine. Writes Gossip Cop, “Kim Kardashian did her first photo shoot since announcing her pregnancy in December, posing in a bikini and wearing little makeup for the Spring issue of DuJour magazine. The reality star told the mag, ‘I just feel so blessed and excited and ready for the next phase,’ adding that she’ll be a bit more cautious with displaying her private life this time around. Kardashian said Kanye West has ‘taught me a lot about privacy,’ explaining, ‘I’m ready to be a little less open about some things, like my relationships. I’m realizing everyone doesn’t need to know everything.’ She noted that she’s become more selective about taking photos with fans outside of professional events, saying, ‘I just tell them, sorry, but my boyfriend won’t let me.'” Read on and see photos from the spread here. 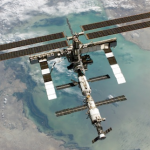 From Geekosystem:  Even the biggest of tech companies can experience outages. Reports Geekosystem, “NASA had what we can only imagine was a very tense hour or so earlier this morning, as acomputer malfunction cut off communication between the International Space Station and Mission Control in Houston as of 9:45 EST. The glitch appears to have been a pretty benign and easily fixed one, and the ISS crew was back on the air by 11:00 EST. We’re all left thanking our lucky stars that the dropped call from space seems well in hand, and that it didn’t interfere with any of the crew’s important tasks… The malfunction took place during a software update, which just goes to show that all computers, whether they’re on your desk or in orbit around the planet, function on the same set of guiding principles.” Read the full story here. 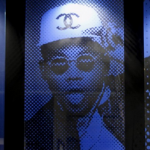 From Styleite: Karl Lagerfeld never ceases to amaze, disappoint, or innovate. Styleite writes on his latest endeavor: “Because Karl Lagerfeld doesn’t already have a lot on his plate, the designer’s latest project is a photo exhibit in Saint Moritz, Switzerland that features images of his muses etched onto glass panels. The aptly titled ‘Fire Etchings’ exhibit showcases images of Freja Beha Erichsen, Theophilus London, and more etched onto giant pieces of glass via acid and fire, reports WWD. ‘Nothing is more exciting than something new — a new material, a new spirit, a new technique, a new point of view, a new expression, a new feeling. That’s right for fashion and for photography.; Or perhaps money. The paper reports that the price for a Lagerfeld photo has been on the rise, and that a triptych of glass panels would cost a buyer more than $401,600.” Read more here. 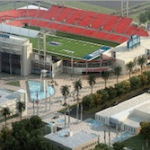 From SportsGrid: Florida Atlantic University is selling the naming rights of its football stadium to a rather interesting choice. SportsGrid explains, “The Geo Group operates prisons throughout the world, and they apparently measure their success in bed count. In that they house people, lots of people, in close quarters, purchasing the naming rights to a stadium makes sense.Purchasing the naming rights to Florida Atlantic’s football stadium in particular makes even more sense, because the company’s CEO, George Zoley, earned his bachelor’s and master’s degree in public administration from Florida Atlantic. The name of the stadium and length of the contract have yet to be revealed, but FAU stands to rake in $5 million from the deal.” Read more about the deal here. 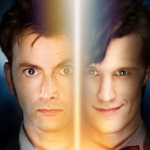 From The Mary Sue: There’s news for you Doctor Who fans. The Mary Sue writes, “Time marches on towards the Doctor Who 50th anniversary special, what with the second half of the 7th season in the bag and the scriptwriting moving ahead for filming soon. So it was the moment, apparently, for Nick Hurran to announce during the Glasgow Film Festival this weekend that he’d be assuming directorial duties on the special, and for Steven Moffat to say something cryptic about multiple doctors appearing together. This won’t be Hurran first trip at the helm of the HMS Who, as he’s previously been in charge of four episodes of Moffat’s Who.” Read more about him here. 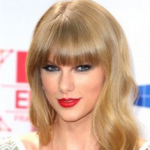 From The Jane Dough: I knew you were trouble, Taylor Swift. The Jane Dough reports on the singer’s latest legal saga: “In addition to all her boy troubles, Taylor Swift is now in some legal trouble. According to TMZ, a ticket company is suing Swift for money they lost when the ‘Capital Hoedown’ in Ottawa was canceled (what a shame, that sounds fun), at which Swift was set to perform. The suit claims the pop star made $2.5 million for a performance that never took place back in August 2012 — nice work, if you can get it… It is certainly not the first time a famous singer has been sued for canceled tour dates, but this hasn’t been the greatest few months for Taylor. From her dramatic Harry Styles breakup to Michael J. Fox’s snub to getting made fun of at the Grammys, it’s been a rough 2013 for TayTay.” Read the whole piece here. 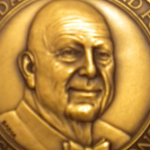 From The Braiser: James Beard semi-finalists have been announced, reports The Braiser: “The James Beard Foundation has announced the 2013 JBA Semi-Finalists, which means that these are the chefs who, no, seriously, now have to get their shiz together, and start thinking about buying a dress. Or dress shoes. Highlights include: Andrew Zimmern fave Butcher & The Boar in Minneapolis and Alex Stupak’s Empellon Cocina in NYC for Best New Restaurant, The Aviary for Outstanding Bar Program, Hugh Acheson’s Five & Ten and Andrew Zimmerman’s Sepia for Outstanding Wine Program, and Danny Bowien for Rising Star Chef of the Year.” Read the full list here.