Mediaite covers more of the snowballing NPR scandal, with Cokie Roberts appearing on “Morning Joe” to offer a defense of the embattled news outlet. She argued that, though Ron Schiller’s statements to the undercover members of Project Veritas were impolitic, he has no bearing on the reporting done by NPR and that their quality as a news source is indisputable. Watch the clip here. 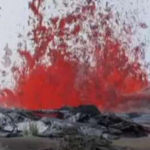 Geekosystem has a treat for those of us who find ourselves weirdly fascinated by volcanic eruptions — a time lapse film of volcanic activity inside Mount Kilauea, one of the most active volcanoes in the world. If you’d like to spend a few minutes pondering the fragility of our world, click here. 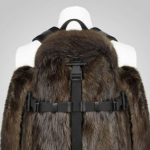 Styleite has the latest odd offering from Givenchy: beaver fur backpacks for spring. Because who doesn’t want to look as though they have a dog in a harness strapped to their back? Styleite welcomes your opinion on the backpacks in their new poll — to vote, click here.

On Sportsgrid: someone had the time of his life at a GWU basketball game. Robert Kasmir, a professor of accounting who had been honored for donating money to the school at half time at the same game, was removed from the game after heckling a referee, but made sure to enjoy the standing ovation he received on the way out! See the clip here. 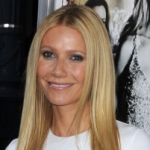 Gossip Cop reports on a rumor floating around that Gwyneth Paltrow has signed a record deal, which turned out to be false. It’s a bit of a relief — I’m a Gwyneth Paltrow apologist but after the Oscars I’m prepared to rescind my support of her singing career. Get the full post here. 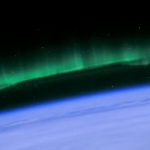 Aww: on The Mary Sue, there’s a clip of the wake-up music played for the astronauts aboard the International Space Station, which was the last wakeup call of their mission. Obviously, since no one loves self-referential humor more than astronauts, they elected for the “Star Trek” theme with William Shatner on vocals. Listen to it here.