From Mediaite: S.E. Cupp has some advice for the GOP in today’s New York Times: Don’t be afraid to ‘call out Rush Limbaugh.’ Mediaite writes, “A profile in the New York Times Magazine on Thursday examines if ‘the Republicans can be saved from obsolescence.’ The piece extensively details how the Republican Party allowed Democrats to outpace them by not keeping up with technological advances and creating innovative ways to recruit and train individuals interested in voter outreach.The profile focuses on the experiences of young Republican strategists… but it also delves into the role Republican commentators can have on the party’s electoral prospects. The Times piece quotes MSNBC host and New York Daily News columnist S.E. Cupp who said conservatives cannot be afraid to hold prominent voices in the GOP commentariat, like Rush Limbaugh, accountable when they say thing which are potentially harmful to the Republican brand.” Read on here. 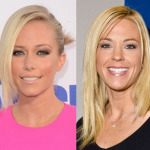 From Gossip Cop: The reality show Wife Swap has a celebrity version, and Gossip Cop reports on some upcoming stars to try their hand at a new life: “Kendra Wilkinson will go from having one child to taking care of eight kids when she and Kate Gosselin trade lives on an upcoming episode of ‘Celebrity Wife Swap.’ The former reality stars will exchange families for one week, with Gosselin shacking up with Wilkinson’s husband Hank Baskett and the couple’s three-year-old son Hank, and Wilkinson looking after Gosselin’s eight young children. Both ‘Dancing with the Stars’ alums have been eager to return to reality television for some time, and will now swap ballroom moves for experimental living. The show airs on February 26 on ABC.” Read more about it here. 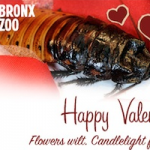 rom Geekosystem: Are you looking for a super-romantic last-minute Valentine’s Day gift? Don’t worry, Geekosystem’s got you covered: “For just a $10 donation to the zoo, you can immortalize your sweetheart by naming one of the Bronx Zoo’s 58,000 Madagascar Hissing Cockroaches after them. You’ll even get a fancy certificate you can send to remind them of what you’ve done, even if reminding anyone you care about that you named a roach after them doesn’t seem like an advisable thing to do. You’ve got to give the zoo points for novelty on this one, because no one — and I mean no one — expects to be indelibly linked to a huge, noisy terror-bug for Valentine’s Day…  And for $10 — which goes to the very worthwhile cause of running a zoo — you can name that roach after literally anyone you can think of, which means it could still be a great Valentine’s Day gift, if not in the way the zoo intended.” Read the full story here. 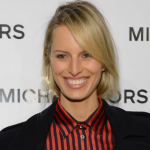 From Styleite: Karolina Kurkova, mentor on reality show The Face, took a moment to talk to Styleite. Writes the site: “Karolina Kurkova had the displeasure of eliminating the first contestant on The Face last night, and subsequently, pissing off fellow mentor and competitor Naomi Campbell. But Kurkova found that the least enjoyable part of being on a reality show is actually watching herself on TV. ‘Oh, I don’t like that,’ she told us this morning after the Michael Kors show. ‘I actually wasn’t watching myself [last night], I [couldn’t] do it.’ That’s not to say that The Face is Kurkova’s first time mentoring and eliminating budding models. She was on Das perfekte Model, a show similar to Germany’s Next Top Model, in the summer of 2012.” Read more of what she had to say here. 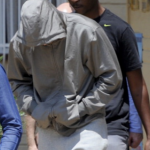 From SportsGrid: There’s scandal rocking the sports world, SportsGrid reports: “Oscar Pistorius. Remember him? The South African runner with specially-designed blades for legs who ran at the Olympics – not just the Paralympics, but the regular Olympics – becoming a bit of a media sensation in the process? (We did our own small part to contribute to this, by the way.) The story was irresistible – guy with no legs is an Olympian runner, comeon – as was his nickname: Blade Runner. Even that Paralympics controversy was a minor hiccup – for most, the enduring image of him would be ‘that awesome guy from the Olympics.’ Uh, until now. Because now, this has happened: ‘South African Paralympic athlete Oscar Pistorius is facing a murder charge after his girlfriend Reeva Steenkamp was shot dead at his home in Pretoria.'” Read more about the situation here. 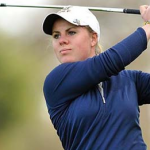 From The Mary Sue: Today, The Mary Sue has a tale of a new Spider-Woman: a golfer who got bit by a black widow and kept playing. Writes the site’s Jill Pantozzi, “It was just another day on the course for Swedish golfer Daniela Holmqvist. Until she was bit by a Black Widow spider, that is. Did the rookie run off to seek medical attention? No, she used a golf tee to cut into her skin and remove the venom. Daniela Holmqvist, you are a superhero.  I’m not a fan of spiders to begin with so I can’t imagine what my reaction would have been if I looked down, as Holmqvist did, and saw a black spider with a red spot on its back on my body. Seconds after she did, she doubled over in pain at the fourth hole of the season-opening LPGA event in Australia.” Read the whole piece here. 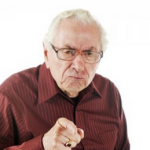 From The Jane Dough: Celebrating Valentine’s Day in the office? Forbes is offering some do’s & don’t’s for the holiday, writes the site’s Colette McIntyre, imagining the magazine’s voice: “Get over here, kid; ol’ Grandpa Forbes has something he wants to say — and don’t try to tell me that you’re not a kid anymore because until you have hairs growing out of your ears like I do, you’re still a kid. What is this hokum about everyone “hooking up” with their coworkers? While I was waiting online at the Shop Rite register with my Tums and two rutabagas, I browsed the magazine stand, looking for Eastern Fly Fishing or the cable guide, and all I saw were headlines about how everyone your age was hooking up, hooking down, hooking sideways like you’re all some hot to trot Lincoln Logs! It’s ridiculous! I know it’s Valentine’s Day, and Grandma told me that you’re still single — oh come on, come on, it’s fine. Don’t yell at your poor Grandmother for telling me. It was obvious.” Read more of “Grandpa Forbes'” tips here. 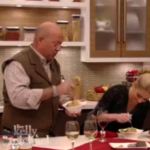 From The Braiser: It’s Valentine’s Day, which might mean it’s time for some aphrodisiacs. Today, celeb chef Andrew Zimmern stopped by Live with Kelly & Michael to talk romantic food: writes The Braiser, “It makes us really sad when delicacies like uni and sweetbreads and duck fries (AKA testicles) are wasted on squeamish morning talk show hosts who are grimacing through bites and quickly chasing them with deep swigs of wine, but we understand that Andrew Zimmern has to hustle his Bizarre Foods game somehow. He made an appearance on Live With Kelly and Michael this morning and brought along some Valentine’s Day-worthy aphrodisiacs to try on your partner tonight. We, of course, happen to think that uni ramen is a total fucking panty-dropper, but Kelly and Michael had some trouble, pretty clearly illustrated by Kelly’s bizarre sexual dancing.” Read on and watch the video here.