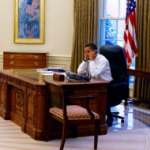 From Mediaite: President Obama may have been re-elected for a second term, but he’ll still be moving into a new office. Mediaite explains, “With the White House preparing for a two-year renovation of the West Wing, President Obama may be moving into a ‘replica’ Oval Office, according to a report by RealClearPolitics. The renovation would ‘complete a new executive office for President Obama at the south end of the adjacent Eisenhower Executive Office Building.’ The second Oval Office is a ‘nearly identical replica’ — and Obama would move there by August, if he’s ready and the ‘design challenges’ are resolved.” Read the full story here. 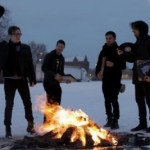 From Gossip Cop: If you were a fan of Fall Out Boy, listen up! Gossip Cop reports, “Fall Out Boy is back! On Monday, the rockers announced their first tour in more than three years, along with a comeback album and new single. ‘When we were kids the only thing that got us through most days was music. its why we started fall out boy in the first place. . this isn’t a reunion because we never broke up. we needed to plug back in and make some music that matters to us,’ the band explained on its website. ‘The future of fall out boy starts now,’ they added, going on to reveal that the new album is called Save Rock and Roll… The new album will be released on May 6 and 7, the 10th anniversary of their first full-length studio release, Take This To Your Grave.” Read more details here. 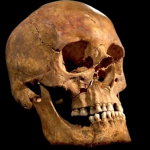 From Geekosystem: The body of Richard III has been found, and not where you’d expect. Geekosystem explains, “The long-lost body of one of England’s most famously reviled royals has been discovered in a rather ignominious final resting place. Researchers from the University of Leicester are reporting today the DNA evidence has confirmed that a body found beneath a parking lot late last year is indeed that of Richard III. Some historians are hoping the find will provide a chance for people to look at the 15th-century monarch in a new light, independent of the ‘hunchback made of pure evil’ characterization popularized by Shakespeare’s well known play.” Read more about it here. 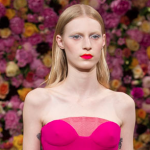 From Styleite: Dior had a very profitable 2012! Styleite reports on why: “It’s safe to say that the Christian Dior execs who hired Raf Simons must be giving themselves a big pat on the back right about now. The designer took the reins at the Paris house back in April, and recent figures indicate that his wares are selling like hotcakes. WWD reports that sales for Christian Dior Couture rose 24 percent in 2012, reaching $1.59 billion. ‘These results reaffirm the exceptional quality of Dior’s products and the powerful appeal of its stores,’ the company said. Not bad for only ten months on the job!” Read on here. 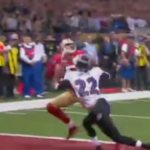 From SportsGrid: The big sports news of the day? The Super Bowl, of course! The Ravens defeated the 49ers 34-31 in a game complete with Beyonce and a power outage. Towards the end of the game though, there was a questionable call. SportsGrid investigates: “The Baltimore Ravens are Super Bowl XLVII champions, prevailing 34-31 over the 49ers after a furious San Francisco rally ultimately fell short. And it fell short thanks to a Ravens stop on 4th and goal with less than two minutes left. Big play, clutch defense… or cheating? While of course just about any penalty is less likely to be called at so pivotal a moment… well, there was plenty of contact.” Read more about it and watch video of the play here.

From The Mary Sue: Did any of you Batman fans have a certain thought when the lights when out during the Super Bowl last night? Turns out you weren’t the only one – The Mary Sue’s Susana Polo writes, “Shortly after Beyonce’s rocking Halftime show/impromptu Destiny’s Child reunion last night, and less than two minutes into the second half of the forty-seventh Super Bowl, half of New Orleans’ Superdome went black (or at the very least, quite dark) from a power outage that lasted more than half an hour. And many a nerd across America stood up from their couches, smirked, and said’This is where Bane walks out, right?’ Hey, we watch the Super Bowl too, you know. At the very least to see the movie trailers, eat food, or because we learned to love the game in marching band. So just in case you are one of those nerds and thought that you might possibly be alone in making that connection, I’ve gathered together some evidence to the contrary.” See that evidence here. 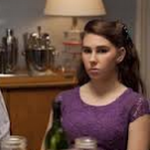 From The Jane Dough: If weren’t watching the Super Bowl last night and instead decided to stay up-to-date on HBO’s Girls, here’s what The Jane Dough’s Sarah Devlin thought of the episode: “Honestly, this was not my favorite episode of Girls, especially on the heels of last week’s coke-fueled fever dream, which I thought was the strongest episode to date since ‘Welcome To Bushwick, AKA The Crackcident.’ It’s no accident that this week’s half hour devoted a hefty percentage of time to the unraveling of Jessa’s marriage, which was obviously never going to last and worked better played for laughs than mined for drama.” Read her full recap (which includes an important question: “Will everyone in the cast end up living with Hannah at some point in the series?”) here. 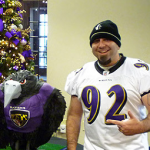 From The Braiser: One celebrity chef had a very accurate prediction for the Super Bowl. The Braiser reports, “Hardcore cake man Duff Goldman is also a huge Baltimore Ravens fan (as he’s not ashamed of telling you), and in some of the tweets in his feed, you can see how much he loves his hometown team. And on Sunday, he called a radio station and perfectly predicted the final outcome of Super Bowl 2013. And he did it based on a dream. He is not making this up, he insisted to Flavor HD on Chicago’s Radio 720. Right after the Ravens beat the Patriots in the AFC Championships(BOO!), Duff laid his shiny head to rest and started having football visions about the Ravens’ future game against the San Francisco 49ers.” Read more about it here.