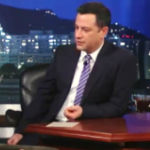 From Mediaite: Even celebrities can go on bad dates, as Katie Couric shared on Jimmy Kimmel’s show last night. She recounted a story about a date she went on with Larry King once. Mediaite reports, Kimmel “refused to believe it,” continuing, “Believe it, Couric told him, narrating how the night went. (Hint: awkward.)Couric said she was 30 years old at the time, willing to go out with anyone who asked because it could be a learning experience. King asked her to dinner when they were both living in Washington, D.C., and she agreed. They went to ‘one of these Italian restaurants where they put you right next to each other like they do all the men and their ‘nieces.’’ She noted that King has a different recollection of the date.” Read on and watch video here. 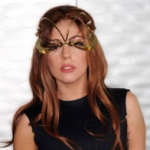 From Gossip Cop: Things are not looking great for Lady Gaga’s former assistant. Gossip Cop explains, “Lady Gaga blasted her former assistant in an ongoing dispute over allegedly unpaid wages. According to a deposition obtained by the New York Post, the pop star was under oath in August when she railed against Jennifer O’Neill, who claims she worked 7,168 hours of unpaid overtime between 2009 and 2011, and is owed at least $393,000, plus damages. But Gaga, in her sworn testimony, ripped the allegations and O’Neill, calling her a ‘f**king hood rat who is suing me for money that she didn’t earn.’ …Gaga, who accused O’Neill of staring at her like a ‘witch’ during the deposition, argued that her former employee ‘knew exactly what she was getting into, and she knew there was no overtime.'” Read more about it here. 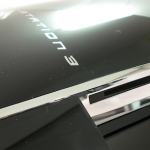 From Geekosystem: Video gamers have something to look forward to in twenty days, it seems. Geekosystem reports, “It’s finally happening, people. Sony’s having an event on February 20th at 6PM EST, and all signs point to this being the event where the company finally announces the PlayStation 4. If they really do announce the successor to the PlayStation 3, it’d give Sony a nice long while to build up buzz for their lineup at Electronic Entertainment Expo this year. There’s a remote chance that this has nothing to do with the company’s next console, but it’s ridiculously slim… This isn’t just some event for people that want to check out what Sony has in the hopper as far as video games go. The fact that they’re inviting investors seems to cry out that there will be a console reveal.” Read the full story here.

From Styleite: The latest covergirl for Bazaar? Drew Barrymore. Styleite writes on her feature, “The newsstand version is bold and graphic, with Drew’s checkerboard Louis Vuitton dress set off by pops of red, while subscribers get a Dior-clad Drew with a crimson sash around her neck. Inside the issue, the actress-slash-entrepreneur dishes on her daughter Olive, dealing with constant media attention, and why she finally dove head first in to the cosmetics game.” On secluding herself after Olive’s birth, Drew says, “‘I definitely needed some time. For a solid six weeks, I was hiding like the Unabomber. Because I live my life in the public eye, and I didn’t want that for her.” Read more snippets and see the cover here. 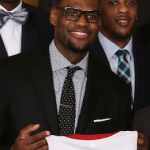 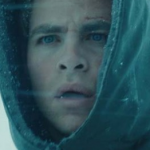 From The Mary Sue: There’s been many responses to the news that J.J. Abrams will be directing the next Star Wars, and today The Mary Sue writes about that of Star Trek‘s Chris Pine: “We know the long-running feud over Star Trek vs. Star Wars can range from telling jokes to throwing punches but the interesting thing about J.J. Abrams being chosen to direct the nextStar Wars film was the entire world realized it was blasphemy, not just fandom. So what does the rebooted Trek’s Captain Kirk think of the news? Actor Chris Pine is excited for his friend, but also really serious about making sure he’s back on board the Enterprise in a few years. But what if Pine were to get a role in Abrams’ Star Wars? Would a black hole open up and suck all of us into it? USA Today spoke with Pine about the shocking revelation and what it means for his sci-fi franchise.” Read what he said here. 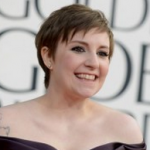 From The Jane Dough: Lena Dunham can’t stop won’t stop, it seems. The Jane Dough reports on her latest career move, “Good news for all you Dunhamaniacs out there: word on the street is Dunham and her Girls co-executive producer Jenni Konner are developing a new series for HBO.  I know, “yay!”; now please stop shouting at the table next to mine about how you wish you were a Jessa but you probably contain more Marnie than you’d like to admit.  We both know you’re a Shoshanna. The potential series is based on All Dressed Up With Everywhere To Go, the upcoming memoir from personal shopper and New York icon Betty Halbreich…With two Golden Globes, a $3.5 million book deal with Random House,  a critically-acclaimed second season of Girls and now a new HBO series all under her belt, Dunham may want to get a bigger pair of shorteralls.” Read the whole article here. 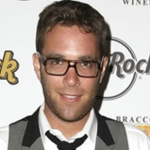 From The Braiser: There’s another chef heading to TV! The Braiser writes about the news: “First off, we had no idea that the G4 Network, once known for geeky nerd boy things like Attack Of The Show!, is now called the Esquire Networkand being rebranded for suave real men. (Good luck, nerds.) Second, the news from Food Is The New Rock is that Ilan Hall is shooting a television series for them! …[T]hey settled on the title Knife Fight… the contestants must make three dishes using three mystery ingredients. So essentially, it’s like Chopped, Iron Chef, Epic Chef, Cupcake Wars, and probably a few more that we’ll think about in a bit, except it’s with Ilan Hall and those glasses.” Read the other details here.