Mediaite covers the ongoing feud between Sarah Palin and Kathy Griffin, in which Sarah Palin responded in exactly the wrong way (but what else is new?) to Griffin’s taunts, calling her a “50-year-old adult bully” and demanding that she leave her family alone. This, of course, is great publicity for Griffin and is the kind of celebrity ire upon which she bases entire TV specials, so, you know, good work Team Palin! Get the full post here.

On Geekosystem: I still don’t understand what this means, or how they did it, but there’s a table of 28 Van Gogh paintings broken down into pie charts based on the dominant colors. This means that none of the paintings are recognizable, but it does look cool! To see the full image, click here. 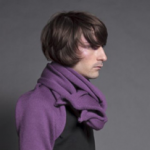 So weird: Styleite covers the invention of something called the “sleeve scarf,” designed to cover one’s neck and one arm (great for when you’re standing half indoors and half out of doors?) that retails for just $200! Styleite takes the opportunity to ask the important questions: “Is the plural of ‘slarf’ ‘slarfs’ or ‘slarves’?” To see the slideshow, click here.

Aww! Sportsgrid covers a heated debate over a rumor that the members of the Heat were reduced to crying in the shower after their loss to the Bulls. The argument against the tears came from Tony Kornheiser, who claimed “If you cry now, your emotions are fried…this is an admission that something terrible is wrong.” But what if they’re just feeling too many things? Get the full post here. 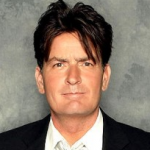 Uh oh: Gossip Cop reports that Charlie Sheen has been fired from “Two and a Half Men,” though CBS doesn’t seem ready to pull the plug on the show altogether. The star’s response: “This is very good news. They continue to be in breach, like so many whales. It is a big day of gladness at the Sober Valley Lodge because now I can take all of the bazillions, never have to look at whatshiscock again and I never have to put on those silly shirts for as long as this warlock exists in the terrestrial dimension.” Nailed it! To read the full post, click here. 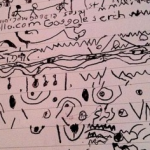 The Mary Sue brings us a very imaginative young girl’s hand-drawn videogame, which has up to 15 levels (15!) and features “portals, roses, [and] candles (or torches),” so it’s basically a videogame version of “The Bachelor.” To see the whole layout, click here.