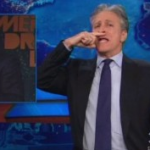 From Mediaite: Glenn Beck introduced a rather interesting vision for the future of America yesterday, and Jon Stewart tore into it. Mediaite reports, “If you love America, then why wouldn’t you want to live in a town that isolates you from the rest of America? Jon Stewart helped pitch these new isolated towns by advocates of a less intrusive federal government, including one promoted by Glenn Beck. Beck has repeatedly emphasized that he wants to stop the government from stifling freedoms, which is why Stewart found it odd that his libertarian utopia sounds instead like a Marxist utopia. Stewart introduced viewers to both the Citadel, a ‘haven of liberty safe from the liberal tyrants,’ and Beck’s proposed town of ‘Independence, USA’ as the two major hallmarks of this new isolationist notion. Stewart compared likened such towns to a ‘freedom panic room.'” Read on here. 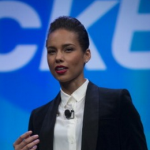 From Gossip Cop: Blackberry has named a new global creative director, and it’s not who you’d expect. It’s a celebrity. Gossip Cop writes, “Alicia Keys was named BlackBerry Global Creative Director on Wednesday. The performer was introduced on stage during the company’s BlackBerry 10 launch in New York. ‘Alicia Keys has come to BlackBerry because she believes in the product and technology, and subscribes to our overriding philosophy to ‘Keep Moving’: to empower people through mobile computing and communications,’ said BlackBerry President and CEO Thorsten Heins in a statement. He added, ‘We are excited she will be bringing to us her enormous capabilities, as well as a vast network of relationships in the entertainment, social media and business communities, to help shape our brand and grow our business.'” Read more details here.

From Geekosystem: What if Rise of the Planet of the Apes happened in real life? It unfortunately came close yesterday, reports Geekosystem: “In a scene straight out of a horror movie, a mob of wild monkeys emerged from a forest in Indonesia and rampaged through a nearby village, leaving seven villagers injured, including one 16-year-old boy in critical condition after being badly bitten. Details on exactly what kind of monkeys made up the mob or what could have motivated them to attack are scarce, and it’s not known yet if the primates are hyper-intelligent test subjects recently escaped from a shadowy government lab — or just a bunch of jerks. Witnesses said the mob of monkeys — again, it’s not clear yet what species — was at least ten strong, and emerged from the Toddang Lowa forest seemingly intent on doing damage.” Read the full story here. 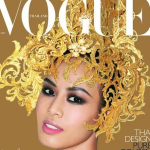 From Styleite: One Vogue Editor-In-Chief is turning heads for many reasons. Styleite explains, “Kullawit Laosuksri may not be a household name like Anna Wintour or Emmanuelle Alt, but seven months in to his tenure as editor in chief of Vogue‘s brand spankin’ new Thailand edition, he’s already making waves. First there’s the fact that, out of the 20 international editions of the magazine, his is the only one helmed by a dude. Next, there’s the impressive news that his debut issue, released last week, sold out on newsstands in a matter of days, a feat unheard of amongst larger-run publications. And while Thai newspaper The Nation‘s assertion that he is “Vogue‘s first male editor-in-chief anywhere in the world” isn’t quite true (Michel de Brunhoff helmed the French edition for nearly 30 years), they did sit down with Laosuksri to discuss the country’s burgeoning fashion scene, what he has in mind for the magazine’s future, and how he conceptualized his very first cover.” Read what he had to say here. 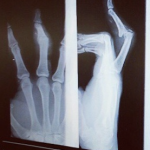 From SportsGrid: Football injuries can be gnarly, and SportsGrid is reporting on the latest: “Atlanta Falcons safety Thomas DeCoud broke/dislocated/something’d his middle finger in the team’s Week 17 loss to the Tampa Bay Buccaneers, but the Falcons’ postseason march precluded any sort of corrective procedure. So he played through the injury because Football and Toughness and Playoffs, crotch-chopping his way to the NFC Championship game. He even played in the Pro Bowl, finger still mangled, despite being a replacement player. The show nobody wants must go on. Last night, DeCoud revealed the severity of the injury when he tweeted an X-ray of his hand, saying he was having surgery today. Frankly his whole hand looks kind of mangled, but we’re pretty sure middle fingers aren’t supposed to look like that.” Read on and see a photo of the X-ray here. 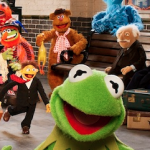 From The Mary Sue: There’s lots of news about the sequel to The Muppets! The Mary Sue’s Susana Polo writes, “Entertainment Weekly has an exclusive photo of the Muppets on a whirlwind tour of Europe set to comprise the initial plot of what is being called The Muppets…Again!, a title full of all the punctuation that Star Trek Into Darkness is missing. Seriously. That’s a dumb title, The Muppets…Again! I don’t care how good you generally are are at self-referential 4th wall breaking. See? Nobody can even tell that that was two sentences. I’m not putting a non-italicized period just after an italicized exclamation point. That’s just gross. But I forgive you, because you’ve confirmed that Tina Fey is your female lead. Yes, The Muppets…Again! concerns fuzzy antics across Europe, as Kermit and Co. complete and international tour and he is mistaken for a jewel thief.” Read all the other details here. 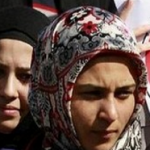 From The Jane Dough: A big victory for women in Turkey today, The Jane Dough reports: ” Female lawyers in Turkey won their right to wear the Islamic headscarf, commonly known as hijab, in court. This was a result of the reversal of a regulation banning the headscarf in judicial institutions by the Council of State. The court ruled that women lawyers can wear the scarves in court, repealing another ban on religious dress in the predominantly Muslim but officially secular country. Civil servants are still barred from wearing headscarves but the ruling removes that ban for lawyers.The campaign for women to wear the scarf has been protested for years… The court also said its ruling not only applied to courtrooms, but also all offices related to the judicial process, such as clerk’s offices, bailiff directorates, and prosecutor’s offices.” Read the whole article here. 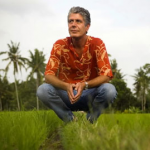 From The Braiser: Anthony Bourdain has never been one to stay away from controversial locations, and his latest trip to Libya is no exception. The Braiser writes, “A few days ago, Anthony Bourdain tweeted that he’d be traveling to a mysterious location to shoot his new CNN show, Parts Unknown. This morning, he finally revealed his location: Libya… This is a huge deal for journalism, since Bourdain’s show may contain the first coverage of the Libyan Civil War that actually does things like focus on the lives of everyday citizens affected by the overthrow of a megalomaniacal dictator, the collapse of the Arab Spring’s idealism, and the looming threat of fundamentalism-driven militias, which, really, the 24-hour news cycle is not such a big fan of discussing. (Psshhh.)” Read all about it here.