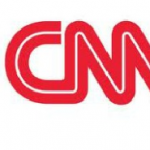 From Mediaite: There has been a major shake-up at CNN, and Mediaite is reporting on all the moves: “As CNN prepares to enter the Jeff Zucker era, several major names associated with “The Worldwide Leader in News” are parting ways with the network. Among those household names who will no longer be sharing their insights with CNN are political odd coupleJames Carville and Mary Matalin. According to reports, Carville and Matalin are not renewing their contracts as CNN contributors. They join RedState co-founder Erick Erickson who will also not renew his contract and is reportedly heading to Fox News Channel.” Read more about all the happenings here. 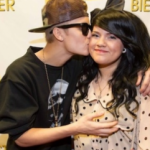 From Gossip Cop: Did one Belieber get very lucky? Gossip Cop clarifies, “Justin Bieber appears to grope a female fan in a photo from a meet-and-greet with Beliebers in Miami last week — but it looks like the encounter was less scandalous than it seems at first blush. The picture shows The Biebs kissing the young lady’s cheek while apparently cupping her breast. Not surprisingly, the startling shot is making waves online. But while it certainly looks like Bieber gave his admirer a boob squeeze, the fan herself is disputing that anything deliberately inappropriate had happened. Jocelyn, who tweets as @JocelynnBieber and has gained new notoriety among Beliebers since the photo went viral, first wrote about the encounter, ‘I JUST MET JUSTIN AND HE KISSED ME ON THE CHEEK AND IM GOING TO CRY AKFNRNKSNBDAHANDISKBEIAN.'” Read on and see the picture here. 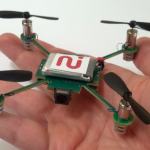 From Geekosystem: Did you know that you can have constant surveillance following you for only $50? Geekosystem writes, “Have you always wanted a tiny robot that hovers behind you, documenting your every move, but don’t want to spend thousands of dollars on a lumbering UAV or a quadcopter so noisy it can’t join you inside fancy restaurants? Of course you have, because it’s pretty clearly the coolest part of living in a self-inflicted Orwellian police state. Well, your long wait is getting close to over with the announcement of MeCam, a tiny, digital camera-equipped quadcopter that will follow you around and upload pictures and videos of you to Facebook, YouTube, Twitter, and more in real time. Even better? The MeCam is small enough to fit in the palm of your hand, and should retail for just $50 when it comes to market early next year.” Read more about the product here. 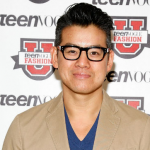 From Styleite: The internet really does seem to be taking over the world bit by bit, and the fashion industry is no exception to the trend. Styleite reports on the biggest change, “We were surprised and intrigued to find out that Peter Som was canceling his fall 2013 women’s ready-to-wear show just weeks before he was scheduled for New York Fashion Week on February 8. But according to a press release, the designer is still technically showing his collection. Instead of hosting a live runway show, which can run designers several million buckeroos, Som will be putting on a digital one with KCD on digitalfashionshows.com February 13 at 9 AM. He’ll also do an interview, and allow videographers backstage to hair and makeup.” Read the full story here. 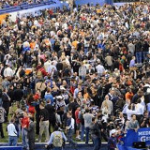 From SportsGrid: The SuperBowl is just days away, and the festivities have begun. SportsGrid reports, “Yeah, a lot of dumb things happen at Super Bowl media day every year. No one takes it seriously and a good number of the people there probably wish they weren’t – it’s true. But you know you’re not going to be able to resist following it anyway. You’ve got a soft spot for those wacky hijinks deep down, and just think how much Jim Harbaugh’s going to hate it! And with that in mind, we figured it was our duty to point you in the direction of Media Day live coverage, because of course there’s live coverage of Media Day. The festivities – if that’s even the right word – begin at 11 a.m. when the 49ers take the stage, followed by the Ravens at 1:15. If you’re by a TV, NFL Network has live coverage.” Read more here. 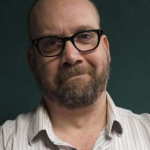 From The Mary Sue: Always keeping you up-to-date on all the important casting news, The Mary Sue reports on what might happen for The Amazing Spider-Man 2: “Paul Giamatti has played villains before but if talks for him joining The Amazing Spider-Man sequel go through, he could find himself connecting with his animal instincts. Looks like Peter Parker is going to have a tough time of it in The Amazing Spider-Man 2. Actor Jamie Foxx has already been confirmed as the villainous Electro in the sequel but he might be getting some help thanks to Rhino.Yes, I said Rhino. His real name is Aleksei Mikhailovich Sytsevich and he’s basically a hired thug who’s advantage is a super strong polymer bonded to his skin allowing him strength and speed. And yes, his costume makes him look like a Rhinoceros with a human face.” Read all about the role here. 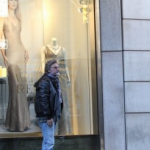 From The Jane Dough: Here is a really adorable story about celebrity parenting, from The Jane Dough: “Goldie Hawn and Kurt Russell proved that no matter how famous you are or how famous your children are, you never stop being as proud of your kid as you were when they brought home their first macaroni art project — just replace ‘macaroni art project’ with ‘giant poster of Kate Hudson hanging in an Ann Taylor store.’ This weekend Kurt Russell and Goldie Hawn looked like a fairly normal, albeit incredibly good-looking couple strolling around bitterly cold New York City. After seeing a giant poster of daughter Kate Hudson in an ad campaign for Ann Taylor they did what most parents would do and snapped a pic with it (except, you know, this wouldn’t happen to most parents). It was refreshing to see — after all, Kate has been a pretty big star since 2001 when Almost Famous earned her an Oscar nomination.” Read on here. 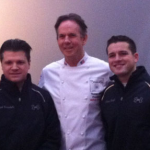 From The Braiser: The Bocuse D’Or 2013 (a biennial world chef championship that takes place in Lyon, France) is currently happening (watch it live here), and chef Thomas Keller is tweeting the festivities. The Braiser reports, “Throughout the entire first day of competition at the Bocuse d’Or, renowned chef/Team USA coach/Alfred-esque Thomas Keller has been tweeting everything, from rule changes to photos of the competition (and even just candids of Team USA goofing around.) We’re actually pretty impressed with his photography — and even more impressed if he’s managed to take all these photos while wearing an uncharacteristic toque… what we can see right now is its an intriguing — and quite impressive — view from the perspective of the top chef.” Read the whole story here.