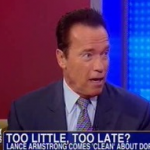 From Mediaite: Lance Armstrong is just the latest public figure to find himself in the midst of a scandal. Fellow celebrity-scandal-survivor Arnold Schwarzenegger weighed in on their respective rocky roads. Writes Mediaite, “Actor and former California Gov. Arnold Schwarzenegger joined the hosts of Fox & Friends to weigh in on the debt ceiling negotiations, his new movie, and former Olympic cyclist Lance Armstrong’s admission that he used performance enhancing drugs. When asked how he handled the scandal that erupted when it became clear he lied about fathering a child out of wedlock, Schwarzenegger insisted ‘I never lied.’ Gretchen Carlson posed asked Schwarzenegger if he would weigh in on Armstrong’s interview with Oprah Winfrey in which he admitted to using drugs… ‘You’re talking about my scandal that I had? Well, I came very clean when my wife asked me the simple question, ‘is this true?’ I said yes.'” Read on here. 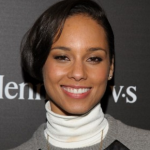 From Gossip Cop: The Super Bowl is a week and a half away, and one more announcement about it has just been made. Gossip Cop reports, “Alicia Keys will sing the national anthem at Super Bowl XLVII, a source has told theAssociated Press. It has not yet been confirmed officially by the National Football League. The 2013 NFL Championship Game will take place on February 3 in New Orleans. Beyonce will perform the always buzzed-about halftime show. At last year’s game, Kelly Clarksonperformed the “Star-Spangled Banner.” This weekend, the New England Patriots and Baltimore Ravens are squaring off for the AFC title, while the San Francisco 49ers take on the Atlanta Falcons for the NFC crown.The two winners will meet in the Super Bowl.” Read the article here. 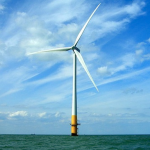 From Geekosystem: Japan may be making a major turn towards more eco-friendly energy sources. Geekosystem reports, “After the 2011 disaster that shut down it’s main reactor, Japan’s Fukushima nuclear plant simply isn’t going to make a comeback. Like several other reactors across the island nation, it’s been shuttered and will likely remain so, leaving authorities there with a problem — how do they continue to provide the energy that the plant once produced and that residents in the region depend on? This week, we got their answer: rather than reopening the nuclear plant, Japan is looking off their shores, announcing plans for a massive wind farm ten miles off the coast of the area affected by the Fukushima reactor meltdown. The planned project would host 143 turbines, making it the largest wind farm in the world.” Read the full story here. 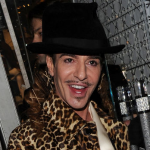 From Styleite: The world of fashion was rocked by the John Galliano scandal, but now he begins his comeback. Styleite reports on how: “The fashion indsustry might not be ready to take John Galliano back after his fall from grace in 2010, but he is moving into Oscar de la Renta‘s New York studio for the next three weeks anyway. A quick recap: two years ago, Galliano was arrested and suspended for allegedly making anti-Semitic remarks (“I love Hitler!”) in Paris. He was ultimately found guilty and fined a little less than $25,000. Public opinion has largely been against Galliano ever working in fashion again, but the industry itself was split. Bigwigs like Anna Wintour, Grace Coddington, and Jean Paul Gaultier have been on Team Galliano, while others like LVMH’s Antoine Arnault and Vogue Italia‘s Franca Sozzani were less enthusiastic about the designer’s return.” Read more here. 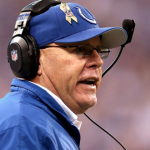 From SportsGrid: All the NFL teams have now hired their head coaches, with the Cardinals choosing their new leader. SportsGrid reports, “Remember when the Cardinals were totally about to move quickly to replace Ken Whisenhunt by hiring Andy Reid? Well, they wound up being the last team in the league to hire a head coach, but finally completed the process last night by hiring Bruce Arians away from the Colts. It’s technically Arians’ first head coaching job, but he of course got some experience in the role this past season when he took over day-to-day operations in Indianapolis following Chuck Pagano’s leukemia diagnosis. And it’s that experience that led to him getting this offer – the Colts went 9-3 under his guidance. He did a masterful job in an incredibly tough spot.” Read more about him here. 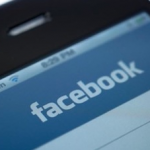 From The Mary Sue: So just how much is Facebook taking over our lives? Well, it can now make phone calls for you too. The Mary Sue explains, “If you’re a Skype user and an iPhone owner you may already be aware of this particular wrinkle: that, using the Skype app for iPhone, you can use your phone’s internet connection to make a phone call to someone on Skype. If your phone has access to Wifi, you can do it by completely bypassing the cellular phone system, using neither your minutes or your dataplan. This week, Facebook rolled out the same functionality to its Messenger app, so lets talk about what that actually means. First, this is a capability of the Facebook Messenger App, not the basic Facebook app.” Read more about how it works here.

From The Jane Dough: Looks like we’ll get an inside view into one of the most powerful female managers in the world of business. The Jane Dough reports, “If you like watching people compete for low-paying jobs at cool magazines with a Miranda Priestly-type boss, then we’ve got a show for you. New Editor-in-Chief Joanna Coles and her staff at Cosmopolitan Magazine will appear on an episode of The Job, a new weekly series hosted by journalist Lisa Ling in which five contestants compete for their dream job at a prominent American company. On the second episode of the show, the contestants will be competing for an editorial assistant job at Cosmo. Sounds super fun right? Like The Devil Wears Pradameets The Hunger Games. But do these contestants know what they are getting into?” Read about what that is here. 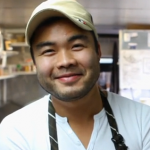 From The Braiser: Former Top Chef winner Paul Qui is a food truck warrior. He will now be bringing his food truck talents to SXSW, The Braiser writes: “Graham Elliot is the culinary maestro behind Lollapalooza; Eddie Huangkept the people fed at last year’s Bonnaroo with baos chucked off the back of a pickup; and now, Paul Qui joins the trifecta of festival food kings, taking on the task of organizing the eats at SXSW. It makes sense; Paul is, after all, an Austin boy, and the winner of Top Chef: Texas. Who better to curate all the food trucks at Austin’s biggest hipster bash? ‘With Qui’s involvement, SXSW aims to provide a unique, high caliber selection of eateries,’ says a festival announcement, ‘bringing together Austin’s well-known food truck culture and diverse range of cuisines.'” Read on here.