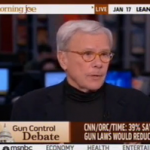 From Mediaite: Humankind strives to learn from history. So how do we incorporate what we’ve done and learned into the gun control debate? Mediaite reports on Tom Brokaw’s answer: “Appearing on MSNBC’s Morning Joe today, NBC’s veteran newsman Tom Brokaw called for a “holistic” approach to addressing gun violence, and said that remaining silent on the issue is akin to not speaking out during racial segregation in pre-civil rights America. Brokaw explained to the Morning Joe panel that he believes all components of society must be reviewed in the wake of Sandy Hook, despite the fact that the gun lobby, the video game industry, and Hollywood will all claim it’s not their responsibility.” Read more here. 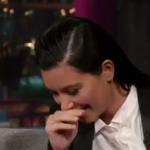 From Gossip Cop: Kim Kardashian is always making headlines, the latest in announcing her pregnancy with Kanye West. Last night, David Letterman grilled her on her celeb choices. Writes Gossip Cop, “Kim and Kourtney Kardashian appeared on ‘The Late Show with David Letterman’ on Wednesday night, and the host had some very uncomfortable questions for Kim. Letterman kicked off his interview by asking the pregnant reality star, ‘You’re married to two guys, right?’ The host then questioned Kim about her impending divorce from Kris Humphries, saying, ‘You’re still married to your former husband… When are you gonna wrap that up?’ Kim, who maintained a great sense of humor throughout the interview, replied, ‘Well, I’m trying… I’ve been trying for almost two years now.'” Read more and watch video here. 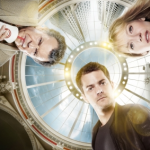 From Geekosystem: One of the Geekosystem’s editors favorite show is coming to an end. Writes the site’s Rollin Bishop, “‘Fringe has had a good run,’ I tell myself. ‘At least it got more of a chance than Firefly.’ It’s a cold comfort to acknowledge that the latest sci-fi series to get punted by Fox had the good fortune to run for more than a season. It’s a lot more than some of the other shows the network has started and then stopped over the years. As of tomorrow’s finale, Fringe is done and over. I’m likely not alone in being sad to see the show go, but that’s not what I’d like to focus on here. What I really want to say is this: Fringe has been a thrilling ride, and it’ll be one of those shows that I watch again and again. For those just tuning in, Fringe will be ending its fifth and final season here shortly.” Read on here. 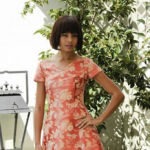 From Styleite: As the presidential inauguration approaches, one big question stands: what will Michelle wear? Styleite has a shortlist of possibilities: “In the four years since President Obama took office, plenty of designers have benefitted from the Michelle Obama Effect, a surge in sales and a boost in name recognition after the First Lady steps out in one of their creations. But none perhaps more than Jason Wu, who became one of the hottest designers in the game after the FLOTUS wore his white one-shouldered gown to the inaugural ball in 2009… With the second inauguration a mere four days away, WWD has a list of 14 designers, all of whom Michelle has previously worn, whose samples have reportedly been called in by East Wing staffers.” See that list here. 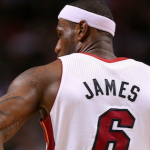 From SportsGrid: Last night was a really big night for LeBron James. Why? SportsGrid explains, “LeBron James, maybe you’ve heard of him. Entering last night’s game against the Golden State Warriors, James needed 18 points and two assists to cross the 20,000-point and 5,000-assist thresholds for his career. Obviously he did that, people. Come on now. First, the assist. It came pretty early and it went to Dwyane Wade. Then the points. They made LeBron the youngest player to ever reach the milestone, but in terms of games played, only the eighth fastest. Oh, and the other 13 guys in the 20,000/5,000 club? Michael Jordan, Kareem Abdul-Jabbar, Karl Malone, Larry Bird, Kobe Bryant, Kevin Garnett, Oscar Robertson, Jerry West, Clyde Drexler, Allen Iverson, Gary Payton and John Havlicek. Not bad, 28-year-old LeBron. Not bad.” See videos of all the records here. 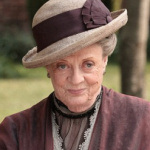 From The Mary Sue: Today, our girl geek site is bringing you undeniably good news: the Dowager Countess is here to stay. Writes The Mary Sue, “Downton Abbey executive producer Gareth Neame has confirmed that the Dowager Countess Violet Crawley will be back in season four of Downton Abbey to lord over all those peons who pretend they could be as good as her. Pish. The return of Dame Maggie Smith to Downton wasn’t a sure thing before now; last summer showrunner Julian Fellowes admitted ‘I can’t tell you, ‘Oh, yes, she’s definitely contracted [for Season 4] — because she isn’t. It’s entirely up to her when she stays and when she goes,’ adding ‘With Maggie, you never know, Other [actors] sign on for the next series and they sign for this and they sign for that, but she doesn’t. She stays her own person.’ That’s right. Because Dame Maggie is a legend.” Read the full story here. 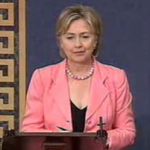 From The Jane Dough: Women have had to overcome a lot of obstacles in the workplace. Today, The Jane Dough’s Colette McIntyre explains why being judged for cleavage shouldn’t be one of them. She writes, “Has any successful, professional woman in the history of womenkind ever walked into an office or meeting and thought, ‘Darn; I really wish someone told me that this wasn’t a Baby Phat tube top kind of event!’ Why do many of these articles assume that ladies capable of getting their MBAs, starting their own businesses, and/or thriving in an office ‘boys’ club’ are unable to figure out when it’s acceptable to have their boobs all over the place? If women have picked up one skill in all the years that it has taken us to be able to the forces that we are today it has been the ability to accurately navigate spheres. We know how to be a boss in the office and a mother at home, a lady in the streets and a lesser lady in the sheets; we have been assessing and adapting to expectations all our lives.” Read on here. 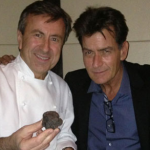 From The Braiser: Is Charlie Sheen still winning? The Braiser has one answer: “Last night, actor Charlie Sheen appeared at Restaurant Daniel, probably to guzzle boudin made of tiger blood and consume the poetry and magic of Daniel Boulud’s winning food (because Boulud, like Sheen, wins every day and brings it like bayonets, obvs). Boulud, of course, was happy to oblige his best friend forever with a giant truffle the size of a tangerine that smelled like a goddess, which they shaved over some bigass pasta dish and consumed like warlocks. ‘Hey, good to see you again!’ Boulud tweeted. ‘Best joint in town! xo c’ Sheen tweeted in return.” Read more here.