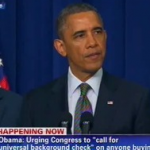 From Mediaite: Today, President Obama formally and publicly joined the gun control conversation. Mediaite reports, “President Barack Obama, while announcing new executive orders intended to curb future incidents of gun violence, invoked President Ronald Reagan in his address who he says also supported a ban on the manufacture of assault weapons. Obama said twice that Reagan wrote to Congress in 1994 expressing his support for the first Assault Weapons Ban. ‘The type of assault rifle used in Aurora, for example, when paired with high-capacity magazines has one purpose – to pump out as many bullets as possible as quickly as possible. To do as much damage, using bullets often designed to inflict maximum damage,’ Obama said.” Read on here. 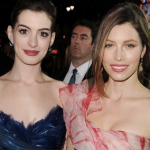 From Gossip Cop:  Now that we know the winners and losers of Sunday’s Golden Globes ceremony, on to the more important issues: like who was feuding. Gossip Cop reports on one such rumor involving Jessica Biel and Anne Hathaway. Writes the site, “‘Biel may have landed Justin Timberlake, but she’s seething over what she’s missing: a hot career like that of Golden Globe winner Anne Hathaway!’ declares Star. The magazine’s insider explains, ‘In Jess’ mind, she and Anne are direct competitors.’ …There’s really nothing Star likes more thanmanufacturing a phony Jessica Biel feud, except maybe starting the false rumor that she and Timberlake had an “ugly” fight hours after their wedding. It must be more fun than actually reporting. A source close to Biel tells Gossip Cop the story of bad blood with Hathaway is “ridiculous” and completely untrue.” Read more here. 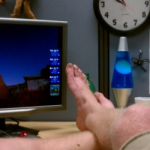 From Geekosystem: Many employees fear their jobs being outsourced. One particular employee found a way to make it work in his favor. Geekosystem explains, “American companies outsource jobs to places like China because they can hire people to do the same jobs their employees do for less money. One developer’s job was outsourced last year, but it wasn’t by his company. He did it himself. Someone hired a company in China to do his job for him, and paid them a fraction of his salary. While his bosses thought he was working, he was just screwing around online. Is there a way to type out a slow clap? Because that’s what I’m giving this guy. Bravo, sir. Bravo.” Read how the developer, identified only as “Bob” in a report, pulled it off here. 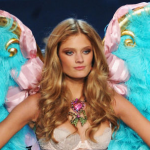 From Styleite: Another day in fashion, another lawsuit. Styleite reports on the latest, writing that model”Constance Jablonski has just been handed a $3.3 million lawsuit from Marilyn Model Managementfor allegedly jumping ship to DNA Model Management before her three-year contract was over. The 21-year-old Frenchie has walked in countless runway shows, fronted major ad campaigns, and covered many fashion magazines. Per her renewal contract with Marilyn in 2011, she was supposed to stay with the agency through September 2014, but the lawsuit claims that DNA poached Jablonski ‘under false pretenses.’ In addition to the $3.3 million in damages, Marilyn is seeking an injuction that would ban DNA from taking on Jablonski as a client.” Read about the claims here. 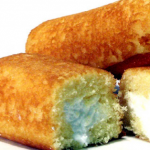 From SportsGrid: Sometimes baseball is silly. Sometimes minor league baseball is especially silly. SportsGrid reports on the latest instance of silliness: “Twinkies are a rare commodity these days, what with Hostess closing up shop and all. And people are naturally upset about it because Twinkies are delicious and delicious things are good. The Inland Empire 66ers, the Single-A affiliate of the Los Angeles Angeles, understand this, and are therefore hosting a ‘Farewell to Twinkies Night’ on April 5th. The 66ers are in fact so dedicated to the Twinkie Cause that they are trying to get Woody Harrelson, who was obsessed with Twinkies or something in that movie Zombieland you didn’t watch, to throw out the first pitch.” Read more about it here. 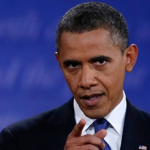 From The Mary Sue: President Obama is about to begin his second term, and here’s one thing that will change: the petition process. The Mary Sue reports, “Attention, American public: The White House has seen your petitions about building a Death Star, investigating the feasibility of building the Enterprise, and giving each state an official Pokémon. In one case they even responded in a particularly awesome way. But now they have another message for you: Cut it out, guys. It’s getting tired. To that end, We the People—whitehouse.gov’s official petition site–is upping the number of signatures required for an official White House response from 25,000 to 100,000. Writes Macon Phillips, President Obama‘s Director of Digital Strategy: “When we first raised the threshold — from 5,000 to 25,000 — we called it ‘a good problem to have.’ Turns out that ‘good problem’ is only getting better, so we’re making another adjustment to ensure we’re able to continue to give the most popular ideas the time they deserve.” Read more here. 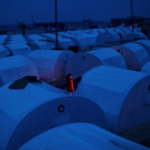 From The Jane Dough: The war in Syria has been an ongoing tragedy. Today, The Jane Dough explains how they believe the media is failing women with its coverage of the war. Writes Alison Vingiano, “During wartime, women’s bodies are used as tools for humiliating the enemy. The most notorious example is perhaps the civil war in the former Yugoslavia, where sexual violence played a critical and strategic role in battle. Between 50,000 – 60,000 systematic rapes were reported over the nine year conflict, triggering the United Nations to declare rape ‘a tactic of war and a threat to international security.’ …Women Under Siege has fought hard to keep sexual violence in Syria at the forefront of the media, and according to the Syria Tracker, nine percent of reported casualties of war have been women. Women and girls are inextricably linked to this war, yet we hear very little about why.” Read the full column here. 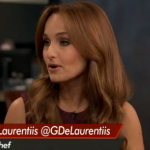 From The Braiser: What’s cooking, good looking? Giada deLaurentiis brings new meaning to that bad pick-up line. And today she shares her culinary beauty tips with the world. Write The Braiser, “Hot on the heels of her Golden Globes after-party coverage with America’s favorite sharter, Giada de Laurentiis is not-so-subtly hawking Natural Instincts hair treatments in a teaser for her HuffPo Live appearance later today as a way to look good while cooking, which is evidently paramount to preparing a delicious meal. ‘I think that women can feel empowered both in the kitchen — which is what I do — and then also the way that they look,’ she begins, explaining the importance of doing as much of your prep as you can ahead of time, so that you don’t appear to be a frazzled party hostess to your guests.” Read more of her tips here.