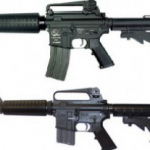 From Mediaite: The gun control conversation continues, prompting Mediaite’s Tommy Christopher to write “How to Pass a Meaningful Assault Weapons Ban.” He begins, “Vice President Joe Biden is set to deliver the full set of recommendations from his gun violence task force today, but already, there is aconventional wisdom thickening around the notion that a meaningful assault weapons banwill be impossible to pass, and might not even be worth trying. While the sheer number of anti-gun-regulation members of Congress is daunting, perhaps even frightening, there are several ways to change that math, and change it quickly. When President Obama first announced the Biden task force, he laid down several markers on gun regulation.” Read more here. 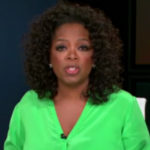 From Gossip Cop: Oprah may not host her daily show anymore, but she’s still breaking major headlines. Gossip Cop reports on the latest: “Lance Armstrong admits to doping in a new interview with Oprah Winfrey. The TV host confirmed reports of Armstrong’s confession during her appearance on Tuesday’s ‘CBS This Morning.’ She described the disgraced cyclist as ‘forthcoming’ in his answers to her questions about what’s been described as the biggest doping scandal in sports history. Winfrey interestingly teased that Armstrong ‘did not come clean in the manner that I expected… it was surprising to me… we were mesmerized and riveted by some of his answers.’ She sat down with Armstrong for more than two hours at a downtown Austin hotel on Monday for aspecial episode of ‘Oprah’s Next Chapter.’ It will be broadcast in two parts on Thursday and Friday.” Read all about it here. 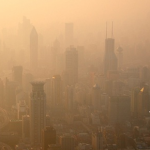 From Geekosystem: Smog has become an increasing public health concern, especially in Chinese metropolitan/industrial areas. Writes Geekosystem, “That concern took on an unexpected dimension earlier this week, though, as smog in the nation’s Zheijiang province prevented residents from noticing that a building was actively burning down. On Monday, a fire at a furniture factory in the province burned out of control for three full hours before anyone even noticed the smoke through the smog that regularly blankets the region. According to China’s state news agency Xinhua: ;Because of the thick fog pervading the air at the time, the initial smoke and flames produced by the fire took an unexpected almost three hours to be discovered by nearby residents.’ Once firefighters were alerted to the fire, it already had a pretty solid head start, growing into a pretty serious set of flames.” Read about what happened here. 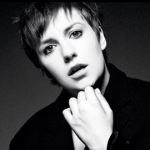 From Styleite: Lena Dunham has been a big name in Hollywood this year, and Sunday’s Golden Globes confirmed her presence. Styleite now reports on her latest interview, with Interview coincidentally: “We saw Lena Dunham‘s French gamine-like Interview cover last week, after the Girls creator leaked it herself on Instagram. The full interview, however, only just made its way on to the web, and for fans of the show, it’s definitely worth a read. The Brooklynite is just as candid as ever in a conversation with artist/writer/director Miranda July, musing about her upbringing, her art, and how her life has changed since Girls became a runaway hit. She also breaks a certain taboo amongst the young Hollywood set: talking earnestly and openly about her boyfriend, Jack Antonoff, the guitarist for the band Fun..” Read the whole article here. 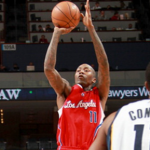 From SportsGrid: In the world of sports last night, the Los Angeles Clippers proved their team is for real. SportsGrid explains, “A few night ago the Clippers lost in an upset to the Magic, a team that had lost 10 straight going in to that game. The Magic got off to a surprisingly decent start this year, were playing hard for Jacque Vaughn, and had some close calls during that losing streak, but it was a 10-game losing streak nonetheless, and it was a major surprise that they would beat a team playing as well as the Clippers had been. You could have been forgiven if you’d seen that result and chuckled to yourself, ‘Heh, well, looks like the Clippers are being the Clippers again.’ Well, you’re not doing that this morning. Because last night, the Clippers rolled into Memphis against a 24-11 Grizzlies team (14-4 at home), and then rolled over the Grizzlies with a 99-73 win.” Read on here. 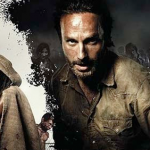 From The Mary Sue: The Walking Dead, despite its success, hasn’t been able to keep a showrunner around. The Mary Sue now reports on their third hire for the position: “We were fairly surprised last December when news broke of The Walking Dead’s Glen Mazzara leaving the show. Not so much for the decision of course but because this was the second showrunner to exit the popular cable series in as many years. Now a third individual has entered the apocalypse fray and we hope they last the night.  TV Line reported yesterday the show’s supervising producer Scott Gimple is closing a deal to be the next guy in charge of our rag-tag band of survivors and their zombie companions. They write, “Gimple, whose previous writing credits include NBC’s Chase and ABC’s FlashForward, joined Walking Dead as a producer in Season 2 and was promoted to supervising producer for the current third season.” Read more about him here. 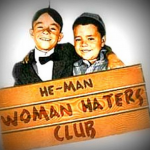 From The Jane Dough: It’s no surprise that Wall Street is a boys’ club. But just how bad is it? The Jane Dough’s Meredith Lepore writes, “Citigroup just took it to a new level. Chief Executive Michael Corbat announced a long list of promotions and executive changes at Citigroup on Monday and not asingle woman made the list. The only woman named in Corbat’s 800-word memo was Sara Wechter, his new chief of staff, who held the same role for Chairman Michael O’Neill. But All 13 of the executives now reporting directly to Corbat are men. This is not to say there are zero female executives in the whole company, but the number is small and none of them report directly to the CEO. As Kevin Roose of New York Magazine wrote, ‘It’s starting to look like a White House advisory meeting over there.'” Read the full story here. 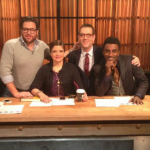 From The Braiser: One of The Braiser’s favorite shows, Chopped, just filmed their 200th episode! How do we know? Writes the site, “Ted Allen shared [a] Facebook photo with his fans today, announcing that the Chopped gang was shooting its landmark 200th episode. Looking at the timestamp of the photo (somewhere around 8 a.m.) and seeing that Ted, Marcus Samuelsson, newly minted Iron Chef Alex Guarnaschelli, and Scott Conant have all clearly been through hair makeup already, our heads swim imagining how early their call times are. Is anyone really prepared to eat an entree involving grape soda for breakfast? Is the extra challenge of every dessert course to secretly figure out how to hide crushed up Tums inside of one, so that the judges don’t waddle around in misery the rest of the day? No wonder Scott and Alex have such reputations for crankiness.” See that photo here.