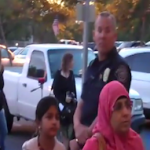 America at it’s best! Mediaite has some truly appalling footage of a Tea Party protest outside of a fundraising event held by a Muslim organization in Orange County. Among the reasoned and rational arguments at the protest were “Muhammed was a pervert!” and “Go back home!” Klassy, Orange County. Oh, and this event was also attended by elected officials. See the footage here. 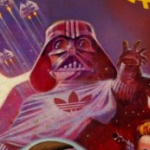 On Geekosystem: oh my word, this is marketing at its worst. The Star Wars for Adidas line of footwear features characters clearly based upon the series, except they are babies with giant heads and red, chubby cheeks. The posters are basically a bunch of potatoes in Star Wars costumes, and they’re terrifying. See them here. 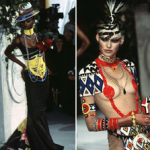 Styleite has a slideshow of John Galliano’s first collection for Dior, a reminder of the wild creativity the designer showcased during his time at the fashion house before ending his own career with a racist tirade in France that was mind-bogglingly stupid at best and quite evil at worst. See the slideshow and marvel at the wasted potential here.

Sportsgrid has the text of Carmelo Anthony’s farewell message to Denver — essentially his last words to his fans before he leaves to become a Knick. The only problem with the message, which is quite pithy and heartfelt, is that it clocks in at fewer than 100 words. The Nuggets deserve better, darn it! Get the full post here. 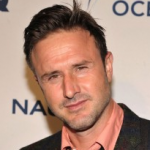 Gossip Cop reports that David Arquette was in a head-on collision today while driving to the airport in West Hollywood this afternoon. Though he was taken from the scene in an ambulance, he is reportedly doing “ok.” Be well! To read the full post, click here. 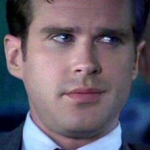 Oh my! The Mary Sue brings us the very good news that Cary Elwes will appear in the new “Wonder Woman” TV series. Will the excellent casting coups never cease? Elwes is probably best known for cutting off his own leg in “Saw,” being a dweeb in “Liar Liar” and being hot as the sun in “The Princess Bride.” Such range! To read the full post, click here.