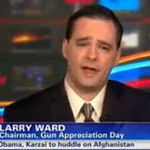 From Mediaite: As the gun control debate rages on, it seems to become more far-fetched. In the latest, the leader of ‘Gun Appreciation Day’ is making some questionable comments. Writes Mediaite, “Appearing on CNN this morning, chairman Larry Ward said that if blacks had been armed, there never would have been slavery in America. Ward’s group planned the appreciation day for the weekend of President Obama‘s second inauguration, and some critics have attacked the celebration for its proximity to Martin Luther King, Jr. Day. ‘I think Martin Luther King, Jr. would agree with me if he were alive today that if African Americans had been given the right to keep and bear arms from day one of the country’s founding, perhaps slavery might not have been a chapter in our history,’ Ward told CNN host Carol Costello. Read on here. 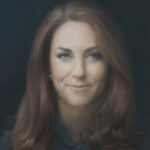 From Gossip Cop: More royal news! The Duchess of Cambridge’s official portrait has been revealed. Gossip Cop writes, “Painted by British artist Paul Emsley, Middleton is seen from the chest up in a blue top. The Duchess of Cambridge and her husband, Prince William, were the first to see the artwork at a private viewing at the National Portrait Gallery in London before it was publicly unveiled. But while the royal couple was reportedly pleased with Emsley’s work, other observers have offered less than favorable reviews. Among the criticisms are that Middleton appears to have a somewhat pained expression, and looks substantially older than her 31 years.” See the photo and decide for yourself here. 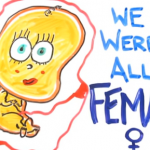 From Geekosystem: Men, did you know you were once a lady? True story. Geekosystem explains: “Alright, fellas — anyone out there still troubled by the prospect of getting in touch with their feminine side is officially not only on the wrong side of history, but biology as well. That’s because, once upon a time in the womb, every person on the planet started life as a female. The mechanisms behind this drastic change from one gender to another can be pretty difficult to grasp, but the incomparable dry erase board artists of AsapSCIENCE are here once again to unravel these scientific complexities and deliver them in an easily grasped format, with lots of bright colors and pictures.” For more answers, watch that video here. 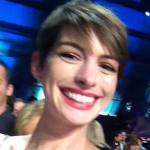 From Styleite: Along with awards season comes big fashion – and also big fashion mishaps. Today, Styleite recounts how Anne Hathaway was saved from near style-disaster last night by a fellow actor. Writes the site’s Hilary George-Parkin, “At last night’s Critics’ Choice Awards, it was Anne Hathaway‘s turn to fall victim to the curse. But, luckily for her, this time the incident wasn’t quite as embarrassing as exiting an SUV sans-underwearin front of paparazzi. Instead, the spaghetti strap of her Oscar de la Renta gown snapped mid-ceremony, prompting the dashing Joseph Gordon Levitt to come to her rescue. The actor posted a snap to his Facebook page, along with a quick message: “Annie tore the strap on her dress, but luckily I had a pin :o)” Remind us to have this guy around next time we hit the red carpet.” Read more and see the picture here. 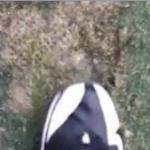 From SportsGrid: Last weekend brought devastation for fans of the Washington Redskins, whose star quarterback RGIII tore his ACL and LCL mid-game, sending the team out of the playoffs. Who’s to blame for the injury? Perhaps the field, a member of the opposing team says. SportsGrid explains, “Before last Sunday’s NFC Wild Card game at FedEx Field between the Seattle Seahawks and the Washington Redskins, Seahawks fullback Michael Robinson shot video on his phone of the actual playing surface. As you’ll see, the field is awful – and that’s just in pregame warmups. Seahawks coach Pete Carroll called the field “horrible,” and the NFLPA isdemanding improvements. Robinson was outraged too, and he had a few things of his own to say” including  “I’m surprised they didn’t dump sand in the middle.” Watch the video here. 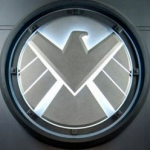 From The Mary Sue: Keeping you up-to-date on all the news about the future S.H.I.E.L.D. television project, The Mary Sue writes today, “At this point ABC has only ordered a pilot and still has to decide whether to commit to a full series, same as with most shows. But it’s described as being a ‘near-certainty’ that the network will be on board for as much as the show as they can get. Take that, Fox! In an interview with IGN, ABC’s president Paul Lee seemed very enthusiastic about the show for a very studio exec-y reason: He predicts that it’ll be high on ‘co-viewing,’ aka when a show is watched by both parents and kids. Says Lee: ‘Absolutely Marvel has the ability to bring the whole family around it.'” Read more of what he had to say here. 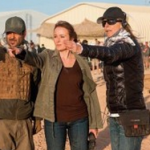 From The Jane Dough: Yesterday brought a big announcement for Hollywood – the Oscar nominations. As soon as they are announced, commenters race to present who they feel was “snubbed.” But The Jane Dough’s Laura Donovan points out one especially big snub this year: women. She writes, “I’m shocked — Kathryn Bigelow, the first woman to ever win an Academy Award for directing, did not get an Oscar nomination yesterday for her film Zero Dark Thirty. The film was nominated for best picture, best actress, and for two editing achievements but Kathryn didn’t make the cut. Of course, had good company in other accomplished women who weren’t nominated for their work in film this year. Women are completely absent from the  Best Original Screenplay, Best Director, Cinematography, Film Editing, Original Score, Sound Mixing and visual affects categories which is really, for lack of a better word, dumb.” Read on here. 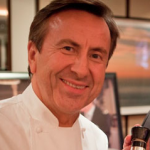 From The Braiser: Daniel Boulud is already famous for his chef creations – will his own brand of whiskey be his next big hit? Reports The Braiser, “Either Daniel Boulud has become a Prohibition-era moonshine bootlegger, or he’s really coming out with his own liquor. Thankfully, Boulud is not going blind: instead, he’s partnered with The Dalmore to produce his own brand of single-malt whiskey. Though Boulud has often collaborated with wine and champagne labels, this is the first time that he has partnered with anyone producing the demon drink. The Daily Meal reports that Boulud will serve the high-end whiskey at three of his New York restaurants (Daniel, Cafe Boulud, and probably Boulud Sud), at anywhere between $45 and $60 a pour.” Read more about it here.