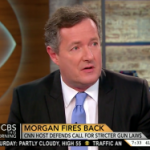 From Mediaite: The gun control debate continues, and one player making headlines is Piers Morgan. Mediaite reports, “Piers Morgan‘s vocal gun control advocacy has drawn a great of deal attention recently (particularly in the form of explosive interviews) — and the CNN host paid a visit to CBS This Morning on Thursday to respond to his critics. And the fact that he won’t be deported. Asked what he’s accomplished, Morgan said he knew the trend after a mass shooting was to mourn and discuss the issue for a little while and then move on. But Newtown was the ‘tipping point,’ he said. ‘We’ve made sure this hasn’t gone away,’ and that’s crucial.” However, over 100,000 people have signed a petition to get Morgan deported. So what’s happening? Read on here. 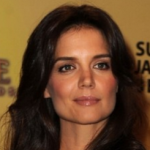 From Gossip Cop: Yesterday, in the Queens Supreme Court, opening statements were made in the case against a man named Hang Bin Li, who’s facing 25 years to life for allegedly shaking his two-year-old daughter Annie to death back in 2007. And Katie Holmes was in attendance. Why? Gossip Cop reports, “The actress, fresh off her run on Broadway in ‘Dead Accounts,’ was spotted in the Queens Supreme Court on Wednesday… Holmes listened intently to the opening argument of prosecutor Leigh Bishop, whom we’re told the actress was in attendance to support because the two are friends. After hearing the case’s opening, Holmes, who sat quietly in the back, left the courtroom without fanfare.” Read the full story here. 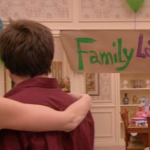 From Geekosystem: Fans of Arrested Development have anxiously followed the series’ journey, and last night brought some long-awaited news. Geekosystem reports, “Hey, everybody, have you heard THE BEST news? Word dropped last night that new episodes of Arrested Development will make their debut on Netflix sometime in May. That means you’ve got just a few short months to brush up on your Bluth family apocrypha before the debut by giving the show another watch through or ten. Conceivably, this also means a chance to watch it in the first place if you haven’t already… In addition to a date (of sorts — Netflix isn’t showing their hand on what day exactly the show will arrive, and the last episodes are apparently still in post-production) fans got some details about the return that so many of us have been waiting for with bated breath.” Read those details here. 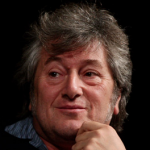 From Styleite: Continuing to report on the mysterious disappearance of Missoni CEO Vittorio Missoni, Styleite is writing on the latest statements released by the family, who are ‘convinced’ his plane did not crash. “Five days after the small plane carrying Vittorio Missoni disappeared off the coast of Venezuela, the chief executive’s family is still holding on to hope that he and his fellow passengers may have been victims of a kidnapping, rather than an air-sea accident, and are therefore still alive. While Venezuela authorities have said they are ‘not working’ with the possibility of the former scenario, calling it mere ‘gossip,’ the Daily Beast reports that Missoni’s oldest son, Ottavio, told Italian newspaper Corriere della Sera that he is confident that his father will be found alive: ‘A plane cannot vanish in this way, on a short route, without leaving any trace. I remain convinced that the least plausible reason is that they crashed into the water.'” Read all about it here. 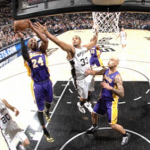 From SportsGrid: The Los Angeles Lakers really can’t seem to get it together last night. Today, SportsGrid’s Glenn Davis reports on how they showed some signs of life last night, but still managed to lose. He writes, “The Lakers didn’t go down easily, at least. And they could have. they were down 17 in the third quarter to the Spurs last night. Later, they trailed by 16 with seven minutes to go in the game. But despite that deficit, and despite once again playing without their top three frontcourt options, the Lakers managed to cut the deficit to three and get the ball with 10 seconds left. And then… well, they couldn’t close the deal, missing on a pair of threes (neither of which was a particularly good look) on their final possession, losing 108-105 and falling to 15-20 on the season. But this wasn’t quite the same Lakers team we’ve seen recently – in a good way.” Read why here. 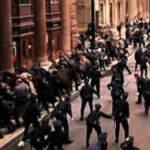 From The Mary Sue: Ever wanted to learn the entire story of Batman… in three minutes? Now you can, thanks to Christopher Nolan and ScreenRant. The Mary Sue’s Jill Pantozzi writes, “If you’ve yet to see all of Christopher Nolan’s Batman trilogy but would like to keep up with those conversations your friends have been having for the last few years, here’s a great solution. ScreenRant edited together clips of Batman Begins, The Dark Knight, and The Dark Knight Rises that cover all the basic plot points. I’m of the mind you should invest the 7 and a half hours it would take to watch all three in full but hey, not everyone loves Batman as much as I do.” Read on and watch that video here. 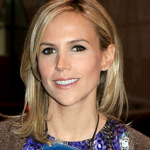 From The Jane Dough: Tory Burch, successful businesswoman, has been involved in an ongoing divorce and lawsuit that just won’t seem to end, even though they settled on New Year’s Day and Tory won. The Jane Dough writes of her ex-husband, “Someone is a sore loser. Businessman Chris Burch, ex-husband of fashion mogul Tory Burch and founder of C.Wonder, is not great at not saying anything at all when he doesn’t have anything nice to say. Chris slung plenty of insults when he was suing his ex-wife for not letting him sell his shares in the company while she simultaneously sued him for ripping off her designs, and even though they settled on New Year’s Day he’s still determined to get his licks in…. Should we be surprised? After all, this is the man who, during their boardroom battle, said his wife had the same qualifications for starting a fashion line as Amanda Bynes.” Read more here. 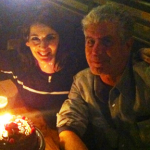 From The Braiser: How do culinary celebrities celebrate their birthdays? The Braiser has the answer: “Yesterday, culinary bad girl Nigella Lawson celebrated her 53rd birthday with her culinary bad boy friends Ludo LeFebvre and Anthony Bourdainin Los Angeles. According to Twitter, many pisco sours and small rodents were consumed at Picca Peru, where The Taste co-hosts celebrated yet another year of Nigella mysteriously not aging, while excluding Brian Malarkey from a group activity yet again.  Fun party, huh?” See a picture of the occasion as well as all of their tweets about it here.