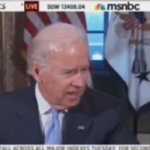 From Mediaite: Continuing to react to December’s tragedy in Newtown, Connecticut, Vice President Joe Biden talked gun safety today. Mediaite reports, “Biden‘s task force on gun violence, announced three weeks ago in the wake of the tragic mass shooting in Newtown, Connecticut, began a series of meetings this week by conferring with representatives of victims’ groups and gun safety organizations Wednesday morning. The Vice President opened the meeting, at the Eisenhower Executive Office Building next to the White House, with remarks, to attendees and reporters, in which he laid out the goals of the task force, and spoke briefly about his upcoming meeting with the National Rifle Association.” Read more of what happened here. 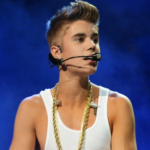 From Gossip Cop: If you have Bieber fever, here’s some good news: the pop star is going to be doing double duty on Saturday Night Live soon. Writes Gossip Cop, “Justin Bieber will host ‘Saturday Night Live’ on February 9, also serving as musical guest. The long-rumored booking was confirmed on Wednesday. Bieber appeared on the show back in April 2010, ‘seducing’ Tina Fey in a sketch. His ‘Believe Acoustic’ album debuts on January 29. Earlier this season, Bruno Mars pulled “double duty” as host and musical guest.” Saturday night Live‘s season resumes on Saturday, January 19th when Jennifer Lawrence hosts and The Lumineers perform. Gossip Cop asks, “Are you looking forward to seeing Bieber take over “Saturday Night Live” next month?” Read on here. 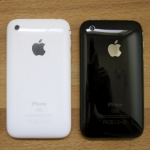 From Geekosystem: There’s yet another Apple rumor swirling, and Geekosystem is updating you on the latest: “The Apple iPhones, since its launch, have been at the high end of the smartphone price range. Anyone hoping for a break in price has been relegated to buying previous versions, but there’s a rumor going around that says that won’t be the case for much longer. Apple may be releasing a cheaper version of the iPhone concurrently with the flagship model, similar to how they recently launched the iPad mini as a more affordable alternative to the full-sized version. This is just a rumor, and considering it’s CES week, we’ll probably be seeing a lot more of those. The Wall Street Journal reported yesterday, and Bloomberg agrees this morning that Apple is in the process of releasing a cheaper, low-end iPhone.” Read the full story here. 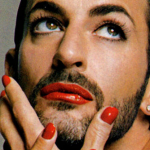 From Styleite: Marc Jacobs finally has a launch date for his highly-anticipated make-up line. Styleite reports, “Marc Jacobs announced that he was in the early stages of launching a cosmetics line back in April, and the only detail we had was that the line would be possibly sold at Sephora. Well, now we know a bit more. According to Fashionista, at WWD‘s CEO Summit last night, Jacobs revealed that the line will launch at Sephora stores this fall. Of the collection, he said: ‘I always wonder, Is there really going to be something else [other than fashion] that we’re going to do that I’m going to sit through and enjoy? I get jaded, then I get excited all over again.'” Read more here. 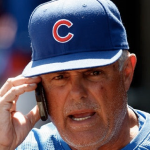 From SportsGrid: Today brought the announcement of Cooperstown’s National Baseball Hall of Fame 2013 Class election results, but it also brought another big change for baseball. Writes SportsGrid’s Jordan Rabinowitz, “Technology is coming to baseball in a weird way in 2013, as several ballparks will somewhat abandon the corded wall phones managers use to call their bullpen, and replace them with cell phones. The move is a part of MLB’s partnership with T-Mobile, and will eradicate the few steps managers had to take from the steps of the dugout to the phone on the wall. True, unadulterated progress. It’s a shame the league hasn’t made more necessary technological advances, or else something like this wouldn’t seem so frivolous and silly. In reality, it’s actually kind of cool.” Read on here. 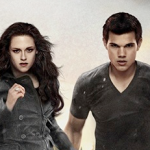 From The Mary Sue: The Razzie nominations were recently announced, celebrating the year’s worst films and performances. The Mary Sue is reporting that, to the surprise of no one, Twilight’s Breaking Dawn – Part 2 got nominated in every category. Writes Rebecca Pahle, “Tomorrow morning the 2013 Oscar nominations will be announced, but today we’re focusing our attention on the Razzies, which have honored (well, “honored”) the worst achievements in film since 1981. Judging by the noms alone, Razzie voters seem to have already picked their least favorite film of the year: The Twilight Saga: Breaking Dawn – Part 2, which was nominated 11 times in 10 categories. I’d question what the Razzies will do now that there are no more Twilight movies to nominate, but it’s not like there’s any shortage of awful movies without sparkly vampires in them.” Read more here. 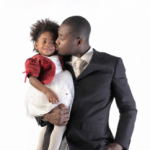 From The Jane Dough: Here’s an interesting fact concerning pay raises in the working world: apparently male CEOs with daughters will increase employees’ salaries. Reports The Jane Dough, “According to research presented at the American Economic Association’s annual meeting in San Diego this weekend, the gender of a male CEO’s first child affects the salary of his employees. The study from Aalborg University economics professor Michael Dahl, University of Maryland Smith School of Business professor Cristian Dezso and Columbia Business School professor David Gaddis Ross, looked at about 1600 births at 10,655 private companies in Denmark between 1996 and 2006. Researchers only took into account male CEOs as, at the time, the female CEO pool was too small to study.” Read all about it here. 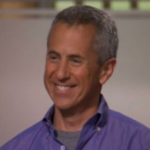 From The Braiser: Top Chef is on Bravo tonight, and The Braiser is letting you know what to expect: “It’s that time again — Restaurant Wars! And who better than the best restaurateur in America (at least, according to Josh Valentine) Danny Meyer to guest judge. (Really, though, the chefs’ childlike wonder and awe at him, mixed with the inspirational background music, is extremely adorable.) Wolfgang Puck, as Mr. 75-Restaurants-On-Three-Continents, will be on hand to judge, too. And, because this is apparently the season of gilding the lily, this Restaurant War is split into two parts.” Read about them here.