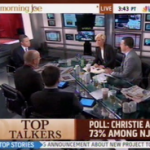 From Mediaite: Following New Jersey Governor Chris Christie’s reaction to the failure of Congress to pass a Hurricane Sandy relief package a week ago, pundits are wondering whether he’s lost his party’s support. Reports Mediaite, “The Morning Joe crew took a look at NJ Gov. Chris Christie on Tuesday, specifically questioning how well he’d do on the national stage. Noting Christie’s 2016 potential, the roundtable wondered whether Christie’s embrace of bipartisan criticism would help or hurt him in the Republican primary process — should he decide to run… To that point, Willie Geist posed a question: ‘Does his relationship and his praise for President Obama during the hurricane, his coming out the other day and trashing, very publicly, John Boehner, by name — does that hurt him long term or is that a better place for him to be?'” Read more here. 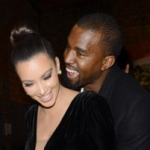 From Gossip Cop: Now that the world has been excited by news of the Kimye baby, the question stands: where will he or she live? Gossip Cop has the answer: “Kim Kardashian and Kanye West’s baby will be raised in the lap of luxury, naturally. The parents-to-be have reportedly shelled out $11 million on a new mansion in the gated community of Bel Air, California. Kardashian and West are currently gutting the pad and designing a 14,000-square-foot Italian-style villa in its place, according to TMZ. Their new home will feature a gym, movie theater, hair and makeup salon, and bowling alley. Oh, and if the pair ever needs to borrow a cup of sugar, they can do so from Jennifer Aniston, who will be their new neighbor.” Read the full story here. 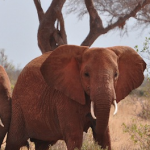 From Geekosystem: Sad news out of Kenya this morning as an entire family of elephants was killed. Geekosystem writes of the situation: “In news that would make for a solid first act of a Disney movie if it wasn’t already the sad, horrible truth, Kenyan authorities are trying to find a team of poachers who killed an entire family of elephants in Kenya’s Tsavo East National Park. In what’s being described as the worst incident of poaching in Kenya’s long history — which isn’t exactly short on horrific incidents of poaching — a family of 11 elephants was slaughtered by what police believe to be a 10-person strong gang of poachers who escaped with the elephants’ hacked off tusks, which will likely be shipped off to foreign markets to make trinkets, baubles, and pieces of jewelry from the ivory. Because human beings are terrible, that’s why.” Read more about what happened here. 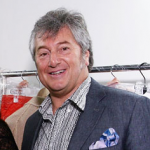 From Styleite: Keeping you up-to-date on the mysterious disappearance of the Missoni CEO, Styleite reports on the latest: a statement released by the family. The site writes, “While a mysterious text message sent late Sunday night sparked talk of foul play in the disappearance of Vittorio Missoni, chief executive of the Missoni fashion house, off the coast of Venezuela, new reports indicate that the country’s authorities have dismissed the possibility of a kidnapping in their search efforts… Though the area in which the aircraft was flying over is known for drug smuggling, WWD cites a spokesman from the Interior Ministry, who affirms that they are ‘not working’ with the ‘possibility of a kidnapping.’ Yesterday, Ottavio’s sister Angela, creative director of the brand, expressed hope that her brother may still be alive as the victim of a kidnapping, rather than a crash.” Read what she had to say here. 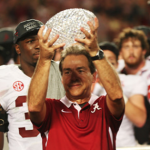 From SportsGrid: The big game between Notre Dame and Alabama was last night, with the former hoping to continue an undefeated season and the latter hoping to keep their title. SportsGrid reports on what happened: “Alabama looks pretty dynastic right about now. You can aree or disagree with the system that put them there, but when it’s time to take care of business in the national title game, Alabama takes care of business. Following a 42-14 thrashing of Notre Dame last night, the Tide has itself two straight national titles, and three in four years – the last two by a combined score of 63-14. What else can you say? Notre Dame came in No. 1 and undefeated, but Alabama was better in every facet. They were up 28-0 at halftime. They rushed for 265 net yards to the Domers’ 32. Everett Golson settled down later on in the game and made some nice throws, but the outcome was long since decided.” Read the full article here. 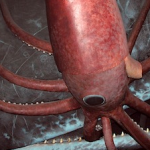 From The Mary Sue: One of the most mysterious creatures in nature has always been the giant squid. Now, the Discovery Channel is helping to debunk some of its mystique. Writes The Mary Sue’s Susana Polo, “About a month ago the Discovery Channel announced that a group of its filmmakers, equipped with a submersible and some unfortunate bait, have captured the first footage of a living giant squid in its natural habitat in history. Since then, we’ve been waiting a they teased us with the knowledge of its existence. Okay, maybe I’ve been waiting, but then I was a kid who always inched with horrified fascination over to the darkest corner of the Hall of the Oceans in the Museum of Natural History to peer into the murky squid/spermwhale diorama to glimpse that battle of titans.” Read on and see a teaser video here. 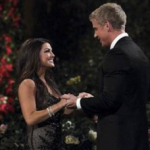 From The Jane Dough: Last night brought the season premiere of The Bachelor, and The Jane Dough’s Sarah Devlin is explaining why it also brought the worst moment for feminism. She writes, “The more things change, the more they stay the same. Watching the first episode of The Bachelorusually serves as a reminder of how immutable the show’s traditions are: the “wacky” entrances, the contestants who try to push the physical contact too far, the spangled cocktail dresses. And season after season, there is one moment that makes me weep for the future of feminism. Last night, that moment came when Tierra LiCausi got out of the limousine to meet Sean. Sean, perhaps giving us an early indication that he is not the sharpest knife in the drawer, spoke with Tierra for about three seconds before giving her a rose.” Find out what happened next here. 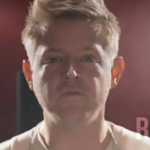 From The Braiser: Are you a fan of hamburgers? What about Top Chef alum Richard Blais? If yes, then listen to what The Braiser is reporting: “Dramatic music befitting an epic historical drama. Enormous, well-lit burger creations. Actor/singer/songwriter Chester See singing about the aforementioned burgers. Brock “The Man of a Kajillion Voices” Baker. The Top Chef knife-slash sound effect. Comedian sportscasters The Sklar Brothers. YouTube sensaish Tay Zonday. And, of course, Richard Blaiscommitting such Blaisian acts as smashing a burger frozen in liquid nitrogen to pieces and using the word “interwebs” with painful sincerity. All this and more from Richard’s new YouTube series The Burger Lab With Richard Blais, airing on Tasted, which is slowly but surely becoming the Top Chef Graveyard of YouTube channels.” See a sneak peek of his series here.