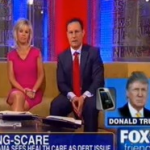 From Mediaite: What does Donald Trump have to say about President Barack Obama and the U.S. government today? Mediaite answers: “Real estate mogul Donald Trump joined the hosts of Fox & Friends on Monday to severely chastise Republican legislators in Washington for what he described as their capitulation in negotiations with Democrats and President Barack Obama over a resolution to the fiscal cliff. He said that the GOP could have made Obama fold if they stuck to their position advocating for either a ‘big deal’ or ‘no deal.’ Now, Trump says, Republicans are “being eaten alive” by Democrats. Trump admonished Republicans in Congress for not putting a deal together which maximized their leverage. ‘Obama would have folded,’ Trump said.” Read the full story here. 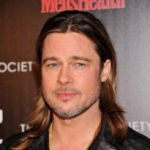 From Gossip Cop: Is Brad Pitt headed to China? Gossip Cop answers just maybe, based on his activity on the internet: “Brad Pitt has joined the Chinese social networking site Sina Weibo, and his first message is raising eyebrows. On Monday, the actor wrote on China’s version of Twitter and Facebook, ‘It is the truth. Yup, I’m coming.’ Pitt, who has already racked up more than 100,000 followers on his verified account, was reportedly banned from the country following his starring turn in 1997′s Seven Years in Tibet, which was critical of the Chinese government. A rep for Pitt has not yet confirmed when he plans on traveling to the Asian country or the purpose of the visit.” Read more about it here. 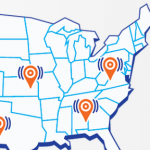 From Geekosystem: Did you lose any luggage in your holiday travel shuffle? Geekosystem is reporting on a startup that may be able to help you out: “An airline losing your luggage is one of many terrible things about flying. You land in a new place, go to the baggage carousel and wait, and wait. And wait. Bags that look like yours come down the chute, but are picked up by other travelers. You start to worry. Eventually you realize your bag’s not there at all. Then you talk to someone at the airline who tells you that not only is your bag not at that airport, but they have no idea where it is. GlobaTrac has introduced the TrakDot, a small cellular device to track your luggage so you can at least tell the airline where they sent it. Then you can tell them where to stick it. GlobaTrac showed off the device at the Consumer Electronics Show (CES) happening right now in Las Vegas that you’ll be reading a lot about this week.” Read more here. 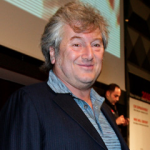 From Styleite: There’s a mystery in the Missoni family: Vittorio Missoni, CEO of theMissoni fashion house, has been missing since his plane disappeared off the coast of Venezuela on Friday. Styleite now reports on a text message that could help: “While there are fearsthat he and his fellow passengers may have been victims of a plane crash, a new development has renewed the family’s hope that they may in fact still be alive. The son of Guido Foresti, one of the other people aboard the aircraft, received a mysterious text message from his father’s cell phone late Sunday night, saying, in Italian: “Call now, we are reachable.” The Daily Beast reports that Italiantelephone company Telecom Italia Mobile hasconfirmed to a local news station that the message was indeed sent, although they cannot verify exactly when it was written.” Read more about it here. 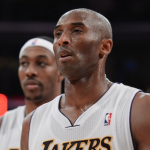 From SportsGrid: The Los Angeles Lakers aren’t having the greatest season. Further, their team sort of hates each other. SportsGrid reports, “This superteam, consisting of Kobe Bryant, Dwight Howard, Steve Nash, and Pau Gasol, is one that looked formidable posing together on media day. Oh, media day. Remember that? And all of the memes that came from it? This team looked like a 2-seed, at the very least… Welp, none of that’s happened, and if the season ended today, the Lakers would miss the playoffs. (They’re 11th in the West right now. 11th! Behind the Timberwolves and the Jazz!) They’re not playing defense, Pau Gasol can’t figure out where he fits in on offense, guys are complaining about playing time, everyone’s giving each other angry looks, and, perhaps most alarming of all, Dwight Howard may or may not have tried to beat up Kobe Bryant in the locker room.” Read the whole article here. 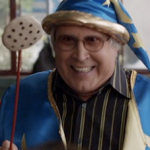 From The Mary Sue: Fans of NBC’s Community have been constantly disappointed with news about the show. Which is why The Mary Sue is warning us about the latest: writes Rebecca Pahle, “Because NBC  wants us to get excited about the new season ofCommunity, NBC chief Bob Greenblatt has stepped forward and said that the network is “absolutely hopeful” that the show will have a fifth season. “I’d love nothing more than to see it continue,” he said. OK, yeah, sure. It would’ve been nice if you’d shown such faith in the show a wee bit earlier, but I see this statement as nothing more than PR-speak, so whatever. But it’s what he said about season four, premiering on February 7th, that I find a bit more interesting. If by interesting you mean infuriating. And I do. Said Greenblatt: ‘I think you’ll see relatively the same show that you did before, maybe with a little bit more heart built into it. But we didn’t fundamentally change it.'” Read more here. 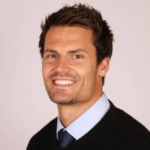 From The Jane Dough: The Bachelor returns to ABC tonight. But what happens when the cast is all-Mormon? The Jane Dough’s Sarah Devlin writes about a certain spin-off of the show, The Mormon Bachelor. She begins, “He was never supposed to be on the show. The original lead for season four of The Mormon Bachelor, a web series modeled after the ABC reality TV franchise, was Kent Tuttle, a tall, square-jawed practicing Mormon who had enlisted the help of The Mormon Bachelor‘s producers to find his dream girl. After he was nominated and the show vetted its pool of applicants, twelve finalists were chosen. Then Kent dropped out… In the meantime, the show’s production team didn’t have to look far for a substitute. They chose Kent’s best friend Chris Barbour to replace him, convenient since Chris had been part of the interview and vetting process for the girls Kent was supposed to date. Chris, a tall, blonde and somewhat doughy and permanently flushed 26-year-old, was a BYU student (and virgin) who hoped to become a dentist.” Read the piece in its entirety here. 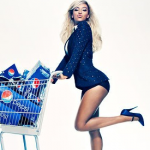 From The Braiser: It seems impossible to hate Beyoncé… or is it? The Braiser reports on one food journalist who does: “Ever since Beyoncé signed a massive endorsement deal with Pepsi totaling $50 million, everyone involved in the anti-childhood obesity movement has expressed shock and anger at Our Immaculate Lady Of Swag. Recently, Mark Bittman wrote a long op-ed in the New York Times criticizing her move, particularly given that she prominently participates in fitness and nutrition campaigns with her political counterpart Michelle Obama. ‘Knowles is renting her image to a product that may one day be ranked with cigarettes as a killer we were too slow to rein in,’ Bittman railed. “From saying, as she once did in referring to Let’s Move, that she was ‘excited to be part of this effort that addresses a public health crisis,’ she’s become part of an effort that promotes a public health crisis.'” Read on here.