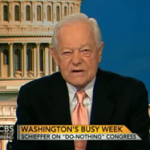 From Mediaite: The 113th Congress has been recently sworn in, and many have hopes that it will be “a teeny tiny bit less dysfunctional than the one that came before it.” However, Mediaite reports that Bob Schieffer “rained on that parade on CBS This Morning on Friday — noting that we’re more likely to see history repeat itself.” Said Schieffer: “Excuse me for not being overly optimistic this morning, but I mean, I was listening to this rhetoric yesterday, all the people up on Capitol Hill talking about how they’re all going to come together. Well you know they’re not… We all know they’re not.” The site continues, “With the holiday season barely behind us, Schieffer joked that it’s a good time for a vacation. Come back in two months, ‘because I don’t think anything is going to happen on Capitol Hill until then.'” Read more here. 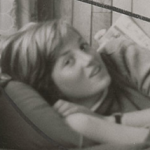 From Gossip Cop: As Kate Middleton begins to follow in the footsteps of Princess Diana, new photos have been revealed. “A previously unpublished photograph of a teenage Princess Diana is going on the auction block and drawing intense speculation more than 30 years after it was taken. The picture, believed to be from 1979 or 1980, shows a pre-marriage Diana Spencer lounging with an unidentified man and a bottle of whiskey while on a ski vacation. ‘NOT TO BE PUBLISHED’ is scrawled across the 8×10-inch, black-and-white shot, snapped by an unknown photographer. It remained hidden for decades in the archives of the Daily Mirror, which reportedly purchased the snapshot in February 1981, just after Diana’s engagement to Prince Charles was announced.” Read the full story and see the full photo here. 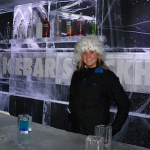 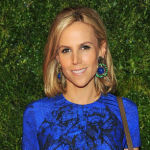 From Styleite: Which fashion designer just joined the billionaire’s club? Styleite has the answer: “2013 is starting to look like a very good year for Tory Burch. On New Year’s Eve, she and ex-husband Chris finally settled their messy year-long legal battle and now, Tory is a billionaire thanks to the sale of Chris’ stake in her company. While the terms of the Burch’s settlement were confidential, Bloomberg reports today that Chris sold about half of his 28.3 percent stake in Tory’s eponymous brand, leaving him with 15 percent of the company. According to research firm PrivCo Media LLC, Chris’ sale is valued to be around $3.3 billion. Bloomberg notes that Chris most likely settled just before the year ended due to the increase in capital gains taxes, which went from 15 to 20 percent on January 1, 2013. That Chris is a sly one.” Read the whole article here. 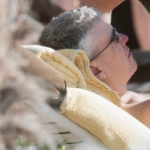 From SportsGrid: Remember the sad, sad NFL season the New York Jets had this year? Remember how Mark Sanchez was terrible, but coach Rex Ryan loved him anyway? SportsGrid reports there may now be an explanation: “Rex Ryan, who skipped his league-mandated media session to end the season and is instead at the Atlantis in the Bahamas, was photographed without his shirt by the New York Daily News. Looking rather svelte, by the way. But they also snagged a photo of a tattoo on his upper right arm (above), which shows a caricature of his wife modeling in a Mark Sanchez jersey. It’s a nice thing, etching your wife’s likeness on your body for eternity, but the whole Mark Sanchez jersey thing, well… that’s just unfortunate.” Read more and see a picture here. 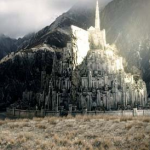 From The Mary Sue: Will there be a Tolkien theme park? The Mary Sue’s Jill Pantozzi writes, “Look, New Zealand, you’re really far away from us and it’s really expensive to get to you. Odds are, most of us won’t ever be able to experience your beauty, never mind Hobbiton. So it’s with a great amount of glee we report a theme park may be in the works as a joint venture between Universal, Warner Bros., and the Tolkien estate. Get ready for Mr. Frodo’s Wild Ride!  I’ll be honest, the idea of a Lord of the Rings/Hobbit theme park is equally exciting to me as the possibility of a Star Wars theme park which, come on, is totally going to happen now that Disney owns it. Am I the only one who wants a lazy ride down the river in a Treebeard replica? Ooh! Ooh! And barrel rides! And experience Saruman’s fall!” Read more of what she has to say here. 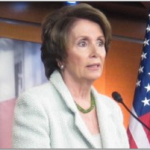 From The Jane Dough: The next time you see Nancy Pelosi on TV, it just might be on a popular Thursday night sitcom. Reports The Jane Dough, “In case you didn’t have a reason to watch the series finale of ’30 Rock,’ which will air January 31 at 8 p.m., (sad faces all around), here’s a surprising one: House Minority Leader Nancy Pelosi makes a cameo appearance in the final installment. ‘I would do almost anything Tina Fey asks me to do,’ the California native told the Washington Post of her ’30 Rock’ appearance, adding that she enjoyed the gig a great deal. ‘I’m flattered that they asked me to make a cameo in the series finale. I had a lot of fun.’ Don’t expect Pelosi to freeze up onscreen or get awkward on us, as the former Speaker of the House has had her fair share of TV appearances from late night shows to ‘Top Chef.'” Read more about it here. 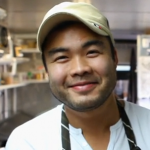 From The Braiser: What if someone took a food truck dish and plated in on a fancy restaurant-worthy plate? What would your brain think? The Braiser writes, “Is there really a difference in the way that grub from a food truck tastes from the food in a restaurant? Probably not, if this video from Paul Qui has anything to say about it. In this little video experiment, he plates the same dish from his Grackle truck in the same manner he’d have plated it when he was still at his James Beard Award-winning Uchiko. Though the quality of the food in the truck equals that of any restaurant in the city, Qui notes that the low costs of running a truck versus the high expenses of running a brick-and-mortar restaurant means that the price points are different. Hence, the presentation must be, too.” Read on and watch the video here.