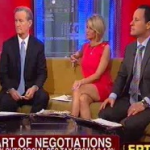 From Mediaite: It’s a new year, and the fiscal cliff fights continue even if the situation has been temporarily resolved. Today, Mediaite reports on the latest cable news discussion: “Fox News Channel host Dana Perino appeared on Fox & Friends to weigh in on the recently resolved fiscal cliff. She said that this episode shows why the American people so distrust Washington. Perino did, however, praise Congressional Republican leadership for acting like the “adults” in this dispute with Congressional Democrats and the White House. Perino said that she believed, now that it is temporarily resolved, the fiscal cliff was avoidable. She said that government revenues to the treasury are now at 2008 levels, and the only reason there is a debt crisis is the increase in spending over the last four years.” Read more here. 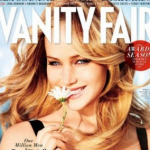 From Gossip Cop: Here’s another reason to love Jennifer Lawrence: she said her career was “stupid.” Writes Gossip Cop, “Jennifer Lawrence is her usual candid self in a new cover interview with Vanity Fair. The most desired woman in the world touches on a variety of subjects — taking a shot at Hollywood hype in the process. ‘Not to sound rude, but [acting] is stupid,’ says Lawrence. ‘Everybody’s like, ‘How can you remain with a level head?’ And I’m like, ‘Why would I ever get cocky? I’m not saving anybody’s life. There are doctors who save lives and firemen who run into burning buildings. I’m making movies. It’s stupid.’ That’s not to say Lawrence doesn’t get star struck. ‘Once I’m obsessed with somebody, I’m terrified of them instantly. I’m not scared of them—I’m scared of me and how I will react,’ explains the Silver Linings Playbook actress.” Read more of her candid quotes here. 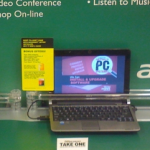 From Geekosystem: 2013 has seen its first technology victim: the Netbook. Reports Geekosystem: “Netbooks, once championed as the savior of the PC, will soon be a thing of the past. BothAcer and Asus, the last companies left standing in the netbook arena, have stopped making the portable, borderline adorable computers. The companies have said they won’t produce new netbooks as of yesterday, but they do have some remaining inventory. If you’… Power was never the focus of the netbook. As people’s computing lives moved more and more online, the actual power of their computer became less important, and in a time when the economy was in a recession, the affordability of netbooks became their biggest asset.” Read more about them here. 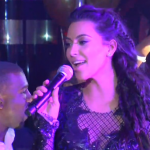 From Styleite: Perhaps the biggest news of New Year’s Eve was the Kimye baby. So how did the couple spend their evening? And what did they wear? Styleite reports, “The Kardashians are a New Year’s Eve mainstay in Las Vegas, and despite the announcement of Kim‘s pregnancy just one day earlier, she and Kanye West joined the clan at 1Oak nightclub to ring in 2013. If Kim’s choice of attire for the evening is a sign of her maternity wardrobe to come, we are certainly in for an interesting ride. The reality star wore a sheer black mesh Julien MacDonald dress with strategic bejeweled appliques, paired with a fishtail braid and patent pumps, while Kanye went for a black suit sans-tie.” Read more about their celebration here. 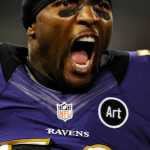 From SportsGrid: As the football regular season wraps up, there’s been a big announcement today: Ray Lewis is retiring. Reports SportsGrid, “Ray Lewis, man of the motivational word, is retiring at the conclusion of this season. Though he returned to practice on December 5th in anticipation of his return from a torn triceps injury suffered earlier in the season, it is unclear as to whether or not he will play against the Indianapolis Colts this Sunday in the AFC Wild Card round. Via ESPN: ‘Lewis told the team that ‘this will be my last ride.’ Lewis says ‘it is time for me to create a new legacy’ after 17 NFL seasons.’ Lewis is a 13-time Pro Bowler, 7-time First Team All-Pro and surefire first ballot Hall of Famer.” Read more about his announcement here. 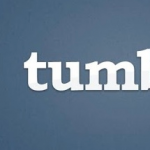 From The Mary Sue: Google has released their 2012 search stats, and for the first time ever, “Tumblr” is a more popular search term than “blog.” Writes The Mary Sue, “It’s finally happened. Can the Tumblrpocalypse be far behind? The change was made official with the release of Google’s 2012 search stats, but people have seen it coming for a while—XKCD first predicted last April that ‘Tumblr”’would replace ‘blog’ as a Google search term, and in November 2012 Tumblr became one of the ten most-visited sites in the world. Plus the traditional blog has been in decline for some time. All the way back in 2009—forever ago in Internet years—The Guardian‘s Charles Arthur predicted the downfall of the blog, saying ‘writing a blog post is a lot harder than posting a status update, putting a funny link on someone’s Wall, or tweeting.'” Read the full story here. 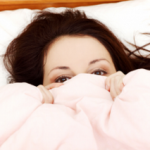 From The Jane Dough: If you had to guess which gender changed their sheets more, would you say men? If so, you’re right. Reports The Jane Dough: “Ladies, Ladies, Ladies, if we’ve told you once, we’ve told you a thousand times: we get that you are ‘busy’ now with your secretarial pools and lunches and voting but that doesn’t mean that you can just let the house go. That’s your domain; your raison d’être! According to the Dunelm Mill House Proud Report, more than 50% of Brits are sleeping in dirty sheets, and women are the ‘guilty sex’ when it comes to lax sheet rotation… The report, conducted by YouGov …found that over half of women do not clean their sheets weekly and that 1% of the British women surveyed admitted to never changing them at all. On the other hand, 40% of men change the sheets weekly and an additional 8% manage to perform the task even more frequently.” Read more about it here. 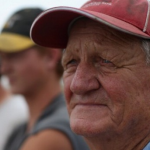 From The Braiser: Did you know the fiscal cliff effects the food you eat? The Braiser writes, “After weeks of intense negotiations, Congress and the White House passed a last-minute bill preventing the federal government from going over the so-called ‘fiscal cliff,’ including, finally, an extension of the Farm Bill that had trouble being revamped back in September. The fiscal cliff deal extends the 2008 version of the Farm Bill for another nine months to allow lawmakers to hammer out the details in funding America’s agricultural programs — a difficult task, given the GOP-controlled House’s prior reluctance to reconcile the Democrat-led Senate’s version of the Farm Bill. (Moreover, with the 2012 elections, many of the key committees writing the Farm Bill will have new members. Oh, this is going to be fun.) So while everyone else celebrates the end of Cliff-Mas (and yells about the fairness of the tax burden distribution), the fiscal cliff will still impact our nation’s farmers.” Read how here.