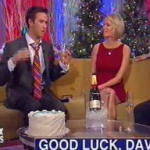 From Mediaite: As 2012 ends and 2013 brings a new beginning, a new beginning is also in order for one FOX News host. Reports Mediaite, “Long-time Fox & Friends Weekend host Dave Briggs hosted his final program on Fox News Channel on Monday. Briggs announced that he was departing the program in early December to broadcast sports. Today, he said his final goodbyes to the Fox & Friends audience and his colleagues.  At the end of the program on Monday, Briggs was handed a cake to celebrate his time with the program as a host of Fox & Friends Weekend. ‘I am going to do sports in 2013,’ Briggs said when asked by Clayton Morris where he was headed.” Read more and watch video here. 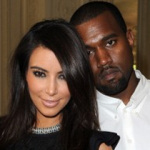 From Gossip Cop: The biggest celebrity news of the day: KIMYE IS HAVING A BABY. After the rapper announced her pregnancy at his concert in Atlantic City last night, Kardashian opened up today, reports Gossip Cop: “Kim Kardashian opened up about her pregnancy on Monday, telling fans that she and Kanye West ‘feel so blessed and lucky.’ After West announced the couple’s baby news at his Atlantic City concert on Sunday, the reality star took to her blog to share the news in her own words. In a post titled ‘New Year, New Beginnings,’ Kardashian wrote, ‘It’s true!! Kanye and I are expecting a baby.’ ‘We feel so blessed and lucky and wish that in addition to both of our families, his mom and my dad could be here to celebrate this special time with us.'” Read the full story here. 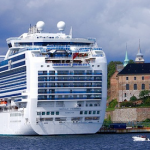 From Geekosystem: Some of you in the Northeast/Mid-Atlantic may have had a White Christmas, but Geekosystem is reporting on some people who had an unfortunately brown Christmas: “Considering the the stress that can be involved in flying across the country to brave baggage claims, TSA lines, and winter weather, it’s not surprising that to some people, a nice long Caribbean cruise seems like the perfect antidote to the traditional travails of the holidays. Of course, those cruises aren’t without their own hazards — case in point, the 400 people sickened with what appears to be nausea- and diarrhea-inducing norovirus on two recent holiday cruises… Rather than the relaxing ocean voyages they had been promised — and that many had paid upwards of $8,000 for — passengers on the Queen Mary 2 and the Emerald Princess found themselves on essentially plague ships.” Read more about the virus here. 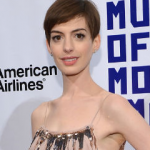 From Styleite: What are you doing for New Year’s Eve? Styleite is reporting on what designer Valentino and other celebs are doing: “Times Square on New Year’s Eve? Pft, not for Madonna and  Anne Hathaway. Page Six reports that the two ladies, plus Madonna’s 16-year-old daughter Lourdes and Hathaway’s husband Adam Shulman, are ushering in the new year with Valentino and Giancarlo Giammetti at the designer’s cottage at the ski resort in Gstaad, Switzerland. Valentino reportedly spent 500,000 euros (or around $660,000) just on fireworks and fancy eats like caviar and champagne. But Madonna and Hathaway aren’t there just to party, they’re apparently going to serenade Valentino and ‘might even do a duet at midnight.'” Read all about it here. 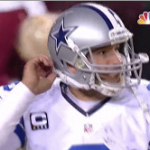 From SportsGrid: Yesterday’s NFL Sunday settled the playoff scenario, and one of the teams whose season ended yesterday was the Dallas Cowboys. SportsGrid reports on the Romo interception that ended their run: “[N]ear the end, the Cowboys had a chance. A touchdown and successful two-point conversion had them within three with just over three minutes remaining, and they had the ball. This wasn’t only a chance for the Cowboys to get to the playoffs – it was a chance for Tony Romo to change his reputation. Romo, despite being better than he’s generally given credit for (check the career numbers here; they’re really quite good), has a reputation as a choker. With a big game-winning drive last night, he at least could put a serious dent in that image. And then…” Read on here. 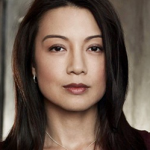 From The Mary Sue: Keeping you up to date on all the news on the latest S.H.I.E.L.D. television project, The Mary Sue reports today: “Now that the cast of Joss Whedon‘s S.H.I.E.L.D. TV show is all assembled (did you think I’d stop using that joke? I won’t.), we’ve been waiting to hear more about what the show will be like. And now, courtesy of star Ming-Na, aka Agent Melinda May, we have our first clue. Said the actress, ‘I don’t think he’s going to base it as much on the comic. This is going to be sort of like his own thing with Stan Lee. I’d rather take it fresh from his point of view.’ Unsurprising. Aside from Agent Coulson, the show’s main characters are all never-before-seen in Marvel comics (or movies, for that matter).” Read all the details here. 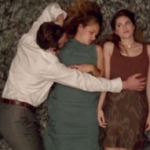 From The Jane Dough: One of the biggest pop culture phenomenons of 2012 was Girls, Lena Dunham’s HBO show. Today, The Jane Dough reports on how Dunham’s direction stunned show star Chris O’Dowd: “If we’ve learned anything from Lena Dunham’s wildly popular new HBO program “Girls,” it’s that the 26-year-old TV show creator is good at surprising people. She surely exceeded the expectations of many when she landed a $3.5 million book deal and dominated 2012, and the New York native also stunned actor Chris O’Dowd when she had his ‘Girls’ character get married after a single episode.” Read what he had to say to  New York about his character’s spontaneous marriage to Jessa here. 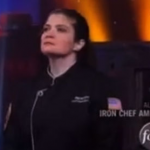 From The Braiser: The newest Iron Chef has been named, and she has dominated her first showdown. The Braiser reports, “Shiny new Next Iron Chef: Redemption winner Alex Guarnaschelli entered Kitchen Stadium for the first time as an Iron Chef last night to face Iron Chef UK Judy Joo. Judy is the executive chef of The Playboy Club in London, and she was also the judge responsible for kicking Alex off on her first season of Next Iron Chef… After being challenged with having to serve their first course to judges in the first 20 minutes of cook time, Alex and Judy dealt with the added twist of The Chairman’s Culinary Curveball (an ingredient or cooking instrument introduced partway through the competition, which must be used as a component in at least one dish).” Read more about what happened (and watch video) here.