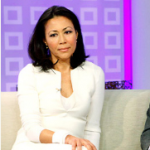 From Mediaite: When Ann Curry left NBC’s Today earlier this year, it was in a cloud of drama. Rumors began to swirl that co-host Matt Lauer was responsible for her being replaced. Today, Mediaite reports of a possible reconciliation: “According to the Daily News, NBC is seeking to repair Today host Matt Lauer‘s public image by having him and deposed co-host Ann Currypublicly dine together. The paper’s Marianne Garvey indicated that NBC sources told her that the network’s executives want the pair to lunch at Michael’s in Midtown Manhattan as a way of publicly displaying a non-hostile relationship after the Curry firing fueled for rumors that a controlling Lauer had her removed from the show.” Read more about what they’re planning here. 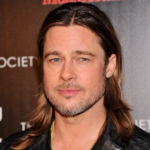 From Gossip Cop: Does Brad Pitt have hair extensions? And are they bothering Angelina jolie? Gossip Cop gathers all the facts: “‘Plenty of successful 49-year-old men get the urge to date women half their age, but not Brad Pitt — he’d rather look like one!’ declares Star. Um, what’s this all about? The mag explains, ‘Just months after getting mocked for his unintentionally hilarious Chanel No. 5 perfume ad, the A-list actor — who already gets blonde highlights and weekly pedicures — has debuted a new set of hair extensions that had people whispering behind his back’ at a recent premiere. Angelina Jolie is upset about Pitt’s ‘ne’” look, says the tabloid… We wonder if this is the same ‘insider’ who’s been feeding Star shameless, sensational and demonstrably false stories about the couple for years? Because this latest report is laughable.” Read on here. 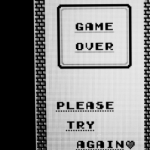 From Geekosystem: Nintendo has a new project in the works, reports Geekosystem. Writes the site’s Glen Tickle, “This month saw the end of Nintendo Power, a print magazine that covered the gaming company’s news and goings-on since 1988. Frankly, I’m surprised it lasted as long as it did, but the death of Nintendo Power isn’t going to stop Lucas M. Thomas. He and his team are launching Nintendo Force Magazine in January 2013 to pick up where Nintendo Power left off, and to hopefully not end up with the same fate. Like a lot of little geeks, Nintendo Power was the first magazine subscription I had, but I let it lapse as I grew up. Partially because I was playing less Nintendo, but also because the Internet rose to prominence and I didn’t need it anymore. If I was stuck in a Zelda game, I didn’t wait for the next issue of Nintendo Power. I went online and found what I needed. That’s a big factor in why Nintendo Power failed.” Read more here. 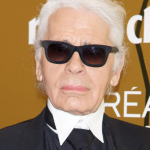 From Styleite: Want a good Lagerfeld laugh? Styleite writes, “Karl Lagerfeld is taking advantage of the last week of the year to crack us up one final time with hisnotable quotables. In a wide-ranging interview with BBC Radio 4‘s Today this morning, the Kaiser chats with reporter Lesley Curwen about designing luxury goods (“We create a product that nobody needs but people want”), the possibility of selling his wares on Amazon (“Why not? If it’s well done, look at Net-a-Porter!”), never watching television or going online (“I’m like a building with a TV antenna”), and of course, Choupette (“Her fur is so beautiful that she doesn’t want to ruin it [with] necklaces or jewelry”). The interview is classic Karl, but one thing is for sure: he’ll never stop doing his thang.” Read excerpts of that interview here. 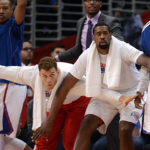 From SportsGrid: The Los Angeles Clippers are a NBA forced to be reckoned with right now. SportsGrid explains why, starting with last night’s win: “If the Clippers look unbeatable, it’s because right now, well, they are. They overwhelmed the Celtics last night 106-77 for their 15th win in a row, pushing their NBA-best record to 23-6. Once again, the Clippers brought a balanced attack, with no player scoring more than 21 points… and the guy who id score 21, Matt Barnes, isn’t even one of the team’s top players. Everyone brought something – Jamal Crawford had 17 off the bench. Lamar Odom scored just four points but had 13 rebounds, five assists, and four blocks. Eric Bledsoe had six steals. Chris Paul struggled shooting but had his customary 11 assists, and Blake Griffin posted 15 points and eight boards in just 26 minutes.” Read the full story here. 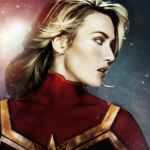 From The Mary Sue: Kate Winslet is really seeming like a superhero these days. The Mary Sue writes, “For anyone who isn’t up on their superheroes at the moment, Captain Marvel is the current alias of Carol Danvers, an Air Force pilot turned superhero with a love for high altitudes, space, and saving the day. We didn’t immediately make the connection between Ms. Danvers and Kate Winslet when we heard that the latter was getting a free trip to space courtesy of uncle-in-law Sir Richard Branson, but then we dug into the details of the story and the details took a surprisingly heroic tint. The gift of the £124,000 ($200,000) ticket is partly a wedding present (Winslet married Branson’s nephew earlier this month), and partly a gift of thanks for… saving his ninety-year-old mother from a fire. Really.” Read all about it here. 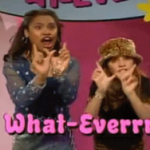 From The Jane Dough: If you had to name one word the most annoying of 2012, what would it be? The Jane Dough answers, “Now here’s a fact you can’t simply blow off with a ‘whatever’ or ‘whatevs’: the results of a new Marist poll find that Americans hate the defeatist, dismissive word ‘whatever’ more than any other phrase, with empty ‘like,’ unclear ‘you know,’ and preachy ‘just sayin’ following close behind. The survey, which was compiled from chats with more than 1,200 adults, also reveals that different age groups get riled up about different terms and phrases. Folks under 45 in the Northeast reported feeling really irritated with ‘like’ whereas people 45 and over seriously disliked hearing ‘you know,’ which is another filler word.” Read more about the survey here. 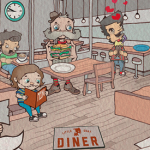 From The Braiser: If you are a fan of Stephanie Izard, listen up. The Braiser writes, “We can’t say for sure whether her appearance on Top Chef: A Berry Special Edition Of Seattle was planned to coincide with the opening, but it sure is timely for Stephanie Izard to appear on the show that cemented her culinary fame shortly before the opening of her second restaurant. Because today, joy of joys, is when The Little Goat fully opens! Her second restaurant after The Girl and The Goat, the 50′s themed dineropened its deli and bakery two weeks ago, and will now throw open all its doors today, Chicagoist reports. The diner, which serves food from 7 AM to 2 AM, has some awesome sounding things on the menu, like ‘Fat Elvis waffles with bananas, peanut butter and maple-bacon syrup,’ and a ‘beef cheek stroganoff,”’and oh goodness, stop it, Stephanie, just open something here in New York already, we can’t stand it.” Read more about the opening here.