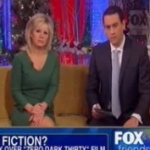 From Mediaite: Zero Dark Thirty continues to receive acclaim at the box office, but the CIA has more things to say about it. Reports Mediaite, “Author and former CIA operative Wayne Simmons sat down with the hosts of Fox & Friends on Wednesday to join many of his CIA colleagues in slamming the authenticity of the torture tactics depicted in the movie Zero Dark Thirty. In particular, he took issue with the prolific use of waterboarding in the film, saying that this is not a torture tactic but a valuable technique used to gain information from uncooperative terror suspects. ‘It’s getting some good reviews out there for its authenticity, but you say there are some things that are wildly inaccurate,’ Clayton Morris asked Simmons.” Read more here. 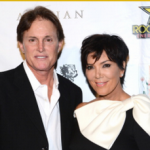 From Gossip Cop: Yesterday’s basketball games may have fueled some celebrity rumors, namely concerning the Kardashian household. Gossip Cop reports, “Kris and Bruce Jenner sat in ‘separate seats’ at the Clippers-Nuggets game on Christmas night, reports the New York Post, which claims the incident is a ‘troubling’ sign that the pair is headed for a split. According to the paper, ‘The Kardashian Klan was seen sitting courtside as they cheered on’ son-in-law Lamar Odom’s Clippers, but Bruce was ‘noticeably absent’ from the group… [I]nstead of speculating about what the Jenners’ basketball seating arrangement means for their relationship, Gossip Cop decided to check the facts. In doing so, we learned that Bruce was initially sitting next to Kris at the game, but gave up his seat when Kim Kardashian and Kanye West arrived so that the couple could sit together. Oops.” Read  all about it here. 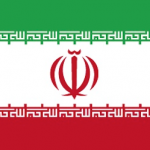 From Geekosystem: Christmas didn’t bring such good news for Iran, Geekosystem explains: “This Christmas, Iran — whose ruling regime is on any number of naughty lists around the world — got another dose of the gift that keeps on giving. Like a flareup of digital herpes, the Stuxnet virus apparently reared its ugly head once again, with Iranian media announcing on Christmas day that the virus had been causing trouble for industries including  power plants in the south of the nation over the last few months. While Tuesday’s report struck a hopeful note, claiming that Iranian security authorities had managed to disable and stop the virus, that’s kind of beside the point — the point being that Iranian government officials are still trying to fight a battle they’d rather not, and every time Stuxnet pops up again, it’s a loss for Iran.” Read the full story here. 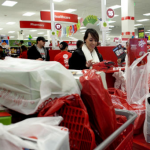 From Styleite: Usually, the holiday season means an uptick in sales. But Styleite is reporting that this year’s shopping season was dismal for retailers: “Due to the bad weather and worries about the fiscal cliff, national retail sales grew at the slowest pace since 2008. The Financial Times reports that according to MasterCard Advisors SpendingPulse, a service that analyzes retail sales, November and December sales only grew 0.7 percent. Analysts expected a three to four percent increase, and for context, a four percent increase is considered “healthy”. Last year, sales in the same time period rose between four and five percent. Hurricane Sandy, the fiscal cliff, and the Newtown massacre are believed to have distracted consumers this season, causing them to spend less during the holidays.” Read more about this year’s conditions here. 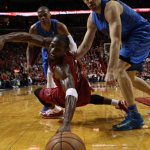 From SportsGrid: Did you spend your Christmas avoiding your family by watching the excellent line-up of games the NBA provided? If not, SportsGrid is filling you in on what you missed: “The Heat went into halftime with a 54-48 lead, but the Thunder came back to take the lead midway through the third and went into the fourth down just two… But they weren’t tough enough, and as usual when the Heat win, LeBron James’s all-around game was the biggest reason why… Despite their back-to-back losses, the Thunder are still the squad to beat in the West. But if they are beaten by anyone in the conference, amazingly enough, the Clippers stand as good a chance as anyone to be the team that dethrones them. L.A. remained on a roll last night, earning its 14th straight win by beating the Nuggets, 112-100.” Read the full round-up here. 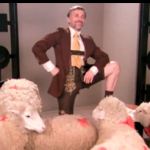 From The Mary Sue: As news of the sequel to The Muppets rolls in, The Mary Sue is keeping you updated on all the latest developments: “My heart broke a little bit when it was announced that Ty Burrell was replacing Christoph Waltz as one of the (human) leads of the next Muppet movie. The Hollywood Reporter noted at the time that Waltz’s schedule kept him from playing a large role in the movie, but luckily his schedule isn’t so packed that he won’t still be showing up in a cameo role. Says Waltz: ‘It might not be a proper part, it might be one of these little what they call cameos… I was looking forward to meeting Miss Piggy.’ So, there you have it. Christoph Waltz might be in the Muppets sequel, and he might be dancing with a Muppet.” Read more of what he had to say here. 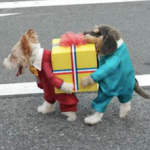 From The Jane Dough: Did you have any experiences with re-gifting yesterday? The Jane Dough’s Colette McIntyre shares her thoughts on the practice: “Perhaps because the practice entered my life in the form of bonbons, or perhaps because I am my mother’s daughter and operate under the hoarder’s mantra of “I could use this/I might need this someday,” I have never received a re-gifted present and been unhappy. In fact, re-gifting was an entirely positive thing in my life, until I tried to do a little re-gifting of my own. I am a fantastic re-gift-ee and a pathetic re-gift-er. I am an unreformed procrastinator, which means that there have been times when I had mere minutes to find a gift for my Secret Santa/professor/roommate/casual sex partner. Some people are at their best under this kind of yuletide pressure. I, on the otherhand, aggressively paw at my shelves like Frankenstein’s monster. I sweat, I break tchotchkes, I consider giving a friend the remote.” Read more of her re-gifting stories here. 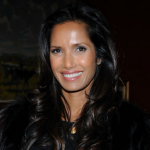 From The Braiser: Yet a third website is talking about what happened during recent NBA games – this time, The Braiser is reporting on how one celebrity chef got involved: “While Chris Brown and Rihanna were busy being terrible at the Lakers-Knicks game together on Christmas, Padma Lakshmi found herself in the middle of a Knicks-Bulls brawl just a few days earlier. At one point during the rough game, Knick guard Jason Kidd almost took Padma out while diving into the crowd for a loose ball. But, according to the New York Post, ‘he made sure everyone was OK and apologized.’ Tyson Chandler and Joakim Noah wouldn’t be such gentlemen. In the last five minutes of the game, with the Bulls leading, the pair got into it courtside and were both ejected from the game.” Read more about what happened here.