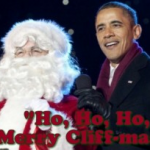 From Mediaite: ‘Twas the night before Cliffmas, writes Mediaite: “This holiday season, the political media has been given a “gift” that keeps on giving, a looming stocking full of coal called the “fiscal cliff” that theyjust can’t stop talking about. In the spirit of the season, the latest move in this game of fiscal chicken produced a uniquely Silent Night, if not a holy one. As the special day approaches, and America finds out if it gets to open ribbon-festooned packages of deep sequester cuts, tax increases, and lapsed unemployment insurance, we can only hope for the gentle padding of magical feet on the roof, shimmying down the chimney to the rescue on The Night Before Cliffmas.” Read Tommy Christopher’s updated version here. 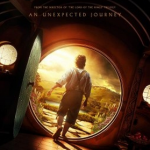 From Gossip Cop: One exciting thing about Christmas time is that it also means movie season! With several Academy Award contenders released this year, what is topping the holiday box offices? Gossip Cop reports, “Audiences are still flocking to Middle-Earth. The Hobbit: An Unexpected Journey is #1 at the box office for the second straight week, with $36.7 million in ticket sales. That was enough to beat two new releases — the Tom Cruise action flick Jack Reacher, which came in second with $15.6 million, and the Judd Apatow-directed comedy This Is 40, which nabbed third with $12 million. The animated Rise of the Guardians and Lincoln came in fourth and fifth places with $5.9 million and $5.6 million, respectively.” Read more about what rounded out the top ten films here. 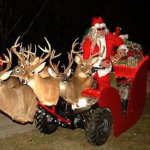 From Geekosystem: As Santa makes his way around the world tonight, how will you be tracking him? Google or Bing? Geekosystem makes their cases: “For years,  North American Aerospace Defense Command (NORAD) has used Google Maps to operate its vaunted Santa-tracking software, a holiday tradition for nerds of all stripes, as well as their often equally nerdy kids. This year, though, NORAD unexpectedly bailed on Google, switching to Bing to help it map Santa’s trek around the world and ensure he doesn’t get up to any shenanigans while he’s in American airspace. Not to be outdone, thespurned tech giant has launched its own platform for keeping tabs on St. Nick’s travels. These dueling platforms, though, leave us with a dilemma — which tracker is showing us the real Santa? And perhaps more importantly — what is that impostor Claus up to? Nothing good, you can be sure of that.” Read the story here. 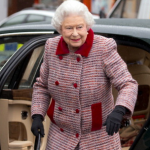 From Styleite: Trying to decide what to wear tomorrow if you have Christmas festivities to attend? Styleite turns to the ultimate style icon, Queen Elizabeth, for inspiration. Writes the site, “Queen Elizabeth II surprised us all this week by ditching her usual pastels and busting out a very festive red tweed coat and even flashing some leg for her annual journey to Sandringham for Christmas. As soon as she arrived at King’s Cross Station, an entire crew of construction workers stopped to snap pictures of the Queen’s fashion risk on their phones. And while the color choice was a surprise, everything else about the ensemble was classic Liz — a coordinating dress, pearls, and what looks like her favorite Launer London handbag. Love it!” See a picture of her ensemble here. 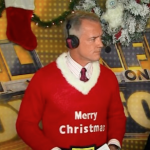 From SportsGrid: Christmas is tomorrow, and that means the NFL took some time yesterday to celebrate the occasion. One method by which was Daryl Johnston’s outfit. SportsGrid explains, “Fox analyst Daryl Johnston is taking the Ugly Christmas Sweater trend to a new level. It appears he is intentionally wearing the Grinch’s exact attire, right down to the belt. Yet he IRONICALLY has “Merry Christmas” prominently displayed. And it’s a V-Neck. V-Neck + Irony = Typical Hipster. Typical hipster may sound un-hipster, but that too is ironic, making Daryl Johnston Über Hipster. Also, being on TV broadcasting your hipsterness to all of your hipster-disciples is even more ironic, and the resulting Überhipsterdom is immeasurable.” Read more and see a picture of the sweater here. 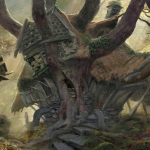 From The Mary Sue: One of the highly-anticipated movies of the holiday season, especially in the geek world, is The Hobbit. Today, The Mary Sue is bringing you some visually stunning concept art based on the film. Writes Rebecca Pahle, “I would absolutely want to live in Middle Earth. I mean, sure you have orcs and goblins and a force of ultimate evil or two. And perhaps worse than all of that: No internet. But also: Hobbit holes. Picturesque woods and mountains. Hobbit holes. Cities built around waterfalls. Hobbit holes! This concept art for The Hobbit: An Unexpected Journey, by John Howe and Alan Lee, serves as an excellent reminder of how beautiful it is over there. Meanwhile my city has dog poo and trash-filled gutters in abundance.” Read on and see the art here. 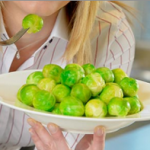 From The Jane Dough:  Which holiday dishes are you most looking forward to? Or dreading? Do you dread your grandmother’s brussel sprouts? Well, The Jane Dough is reporting on one girl who eats 10,000 brussel sprouts a year: “And you thought you were cool for actually liking the taste of broccoli. Like many of us, 26-year-old supermarket sprout scout Amy Lance despised vegetables growing up. Most people just learn to eat watery, flavorless food with age, but former veggie hater Lance found a way to love brussel sprouts — so much so that she chomps down 10,000 of them every year, 500 a week to be exact. The grocery store worker, who makes the call on which sprouts work best for Waitrose, explained to The Sun: ‘I think that eating so many my body has got used to them. If you just have them at Christmas, the high dose of fibre in one go is what creates the embarrassing moments.'” Read more here. 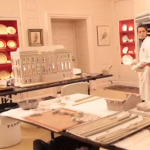 From The Braiser: What’s Christmas at the White House like? The Braiser reports on one of their longest traditions, “Yesterday, the White House released this video of the long, labor-intensive, weeks-long process of building the traditional Executive Mansion gingerbread replica — all helpfully condensed to one-and-a-half minutes. A previous interview with executive pastry chef Bill Yosses revealed that the house is gray, due to the speckled bread used to emulate the original sandstone exterior of the White House (which became white after receiving a coat of paint in 1798 to protect the masonry). Similarly, the candy version of Bo the Dog is ten times his normal height to emulate his previous size as a mutant Portuguese Water Dog, long before the late Sen. Ted Kennedy shrank him with gamma rays and gave him to Barack Obama. One of these stories is false, but the video below is a very true documentary of the gingerbread mansion-building, as well as proof that the Green Room is the tastiest room.” Read more and watch the video here.