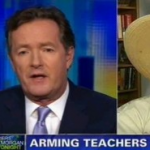 From Mediaite: Gun control continues to be the hottest topic in the news in the wake of the Sandy Hook tragedy. Mediaite reports on one gun store owner who made his case to Piers Morgan: “In the wake of last Friday’s shooting at an elementary school in Newtown, Connecticut, one particularly controversial argument coming from gun owners is that teachers should have guns in schools in case of situations like these. One Texas gun store owner made the case to Piers Morgan tonight, arguing that a teacher or principal properly trained in how to handle an AR-15 could fire once and take out a shooter before anyone else is killed. Crockett Keller explained to Morgan that he doesn’t necessarily think every single teacher should be armed, only ‘volunteer teachers that are willing to go through extra training.'” Read more about their conversation here. 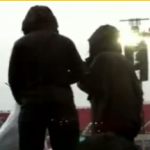 From Gossip Cop: You do not want to get on Madonna’s bad side. And if you’re a smoker, that might be easier than you think, reports Gossip Cop: “Madonna does not want you smoking as she performs. The Material Girl drove home that point while on stage for a sound check in Chile on Wednesday, telling fans that she wouldn’t tolerate their cigarettes before leaving in a huff. ‘There are people smoking right now. No smoking,’ she orders the crowd… She wasn’t done expressing her frustration. ‘If you love me, then don’t smoke. No smoking! You’re looking right at me and smoking cigarettes, like I’m a stupid f**king idiot,’ said Madonna, before briefly leaving the stage. The performer eventually returned.” Read more and watch the video here. 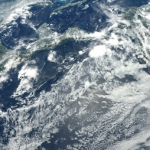 From Geekosystem: According to the Mayan calendar, the world is ending today. Geekosystem is here for re-assurance, providing a way to watch the world keep on turning. Writes the site’s Ian Chant, “If the world breaks open or shudders to a halt today, the folks on the International Space Station will be the first to know about it. Or, you know, the second. The first to know about it will be the folks who are suddenly swallowed whole by a raging Earth or thrown from the planet’s surface into the frigid, uncaring void of space, but they’re probably not going to be much for reporting back on what’s happening, what with all the screaming and crying and begging for mercy. Sissies. Anyway, if you find yourself needing reassurance that the world is not in fact ending, look no further than the ISS’s eye in the sky live stream, embedded below for your convenience.” Watch the live stream here. 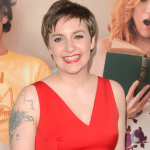 From Styleite: Who was the coolest person of 2012? Styleite answers the question, “Barack Obama may be TIME magazine’s ‘Person of the Year’, but even with all of his fistbumbing and trendsetting ways, he failed to earn the ever-coveted title of ‘Coolest Person of the Year’. Better luck next year, Prez. The honor instead went to Lena Dunham, who, we will admit, does live in Brooklyn and date a member of an indie band, and thus is probably a tad more qualified for the accolade. In a lengthy preamble, writer Joel Stein explains that he consultant numerous title-holding ‘experts’ from a variety of fields (America’s Next Top Model winner Laura James nominated herself), but he settled on the Girls creator and star.” Read his reasoning, which includes the amount of make-up she wears, her book deal, and her various nominations, here. 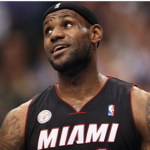 From SportsGrid: Around the NBA last night, the OKC Thunder proved they aren’t invincible. Writes SportsGrid’s Glenn Davis, “Remember yesterday, when I made a big deal about the Thunder’s big winning streak, going as far as to say they ‘couldn’t lose’ in the headline? Well, you knew I was just speaking figuratively, right? Because as invincible as OKC might have looked yesterday morning, last night was a different story – the Thunder fell 99-93 to the T-Wolves, ending their 12-game unbeaten run. Of course, the Thunder were going to lose eventually, and playing on the road against a solid Minnesota team on the second night of a back-to-back without Kevin Martin seems as logical a time as any to drop one. Still, this was an impressive win for the Wolves.” Read more about what happened last night in sports here. 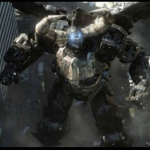 From The Mary Sue: There’s a new live-action movie happening based on a character from the 1970s, The Mary Sue reports: “The giant robot-centric anime Gaiking has had a long life. Originally an animated series in the 70s, it later became part of Mattel’s Shogun Warriors toy line and screened in the US as part of the anime anthology Force Five. There was a remake in 2005 and a trio of English-dubbed movies cut from the original series a few years later. And now it’s getting its very own live-action movie courtesy of The Walking Dead producer Gale Anne Hurd. Hurd’s Valhalla Entertainment has teamed with Toei Animation, Japan’s largest animation house, and All Nippon Entertainment Works to bring the anime to the big screen. At first glance the plot is quite Pacific Rim-esque: Humanity fights an alien invasion with giant mechas.” Read the full story here. 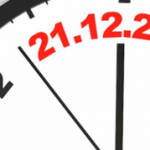 From The Jane Dough: Some people are taking this Mayan apocalypse business very seriously, including Michigan schools. Reports The Jane Dough’s Colette McIntyre, “Much like the men I schedule dates with through OkCupid, the Mayan apocalypse was a no-show. If you’ve spent this morning tearing down the complex water purification system you set up last night or trying to access your morning cereal from behind a wall of stockpiled soups cans, don’t feel too bashful! You’re not alone. In fact, over thirty Michigan schools ended their semester two days early, due in some part to the rumored end of days. Matt Wandrie, a Michigan school official, said that both the recent shooting at Sandy Hook Elementary and talk of the Mayan apocalypse contributed to five districts’ decision to cancel the last days of classes.” Read more about their decision here. 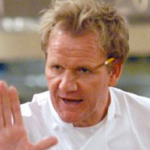 From The Braiser:  Is there a celebrity chef feud in the works? The Braiser keeps us updated: “Is it news that Gordon Ramsay has a beef with chef nemesis Jamie Oliver? Not particularly, but now it sounds like he’s starting to fill a Mean Girls-esque Burn Book about the man. In an interview with a British TV presenter, Ramsay launched an assault of insults against Oliver, including the inspired taunt that Oliver was a Fatty McFailureson von Smellypants. ‘You have to be very careful when you go across the pond and want to dictate to Americans about healthy eating,’ he said about the cancellation of Oliver’s Food Revolution, and openly speculated that Oliver’s weight gain contributed to the show’s failure. ‘If you’re not in that best shape yourself then you have to be very careful.'” Read all about it here.