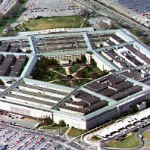 From Mediaite: Today begins the limited release of a highly-anticipted film, Zero Dark Thirty. But is the Pentagon involved? Mediaite’s Andrew Kirell explains, “According to the Associated Press, a Pentagon spokesman said that one of its top intelligence officials is currently under investigation for information he reportedly provided to the makers of Zero Dark Thirty, the upcoming blockbuster film about the 2011 raid that killed Osama bin Laden. Pentagon Press Secretary George Little indicated Tuesday evening that the investigation of undersecretary of defense for intelligenceMichael Vickers is currently being conducted by the Pentagon’s inspector general. Vickers reportedly provided only unclassified information to the filmmakers in a session arranged last year by the Pentagon’s public affairs office.” Read more here. 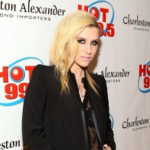 From Gossip Cop: Ke$ha is speaking out about her now inappropriate hit single, reports Gossip Cop: “Ke$ha took to Twitter on Tuesday night to address the controversy surrounding her hit song ‘Die Young’ in the wake of the Connecticut massacre that left 20 school children dead. Reports surfaced early Tuesday that the song had suffered a significant drop-off in radio plays since Friday’s tragic events due to its subject matter, which includes lines like ‘We’re gonna die young.’ On Twitter, Ke$ha said she understands ‘why my song is now inappropriate,’ and revealed she was against recording the track in the first place. ‘I had my very own issue with ‘die young’ for this reason,’ she wrote. ‘I did NOT want to sing those lyrics and I was FORCED TO.'” Read more of what she had to say here. 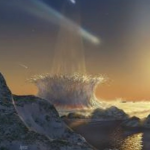 From Geekosystem: Is there another habitable planet? Sort-of maybe, answers Geekosystem: “Astronomers have discovered five new planets orbiting the nearby star Tau Ceti, and there’s even better news — one of them could potentially support life one day. While there are a couple things to be excited for, that’s a big “potentially.” What’s more, it’s not  as if “nearby” is not exactly down the block in absolute terms. At just 12 million miles away, though, it’s just a stone’s throw away, as far as the cosmos are concerned. Considering that we’re running out of ways to doom this planet, it’s never too early to start looking for a new one to ruin a little farther down the line. Tau Ceti is one of the Sun’s nearest neighbors, but until now, no planets could be confirmed to be orbiting the stat until recently.” Read the story here. 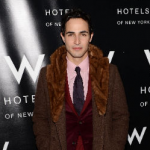 From Styleite: Now that ten seasons of Project Runway are complete, what will season 11 bring? Styleite reports on the changes to the show: “Auf Wiedersehen, Michael Kors, and hello, Zac Posen. Earlier [yesterday] morning, Posen tweeted that he was ‘so exited to be the judge on @ProjectRunway Season 11!!’, which had everyone wondering if Kors, who’s been a judge on the show for the past ten seasons, was leaving. The answer is yes and no. Kors is indeed leaving his post as a full-time judge this upcoming season due to scheduling reasons, but will make a cameo in the finale as a guest judge. In the meantime, Posen will come on as a ‘featured judge’. But that’s not the only switch-up for season 11 — the 16 designers will actually be competing in teams for every challenge throughout the entire show.” Read more about what’s in store here. 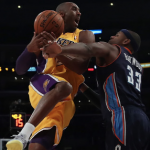 From SportsGrid: The Los Angeles Lakers aren’t having a great season thus far. They managed to win last night, but SportsGrid reports why it still felt like a loss: “The Lakers beat the Bobcats by as little as one team can beat another. It’s not just that the Lakers won by a single point, surviving 101-100 at home against a team that has now lost 12 straight. It’s not just that L.A. needed to overcome an 18-point third quarter deficit to get that win. It’s not just that they responded to the 18-point deficit with a 28-4 run to build a six-point lead, then almost blew that. No, what really put this over the top into ‘basically a loss’ territory was the Bobcats’ final possession.” See a video of that possession and read more about what happened here. 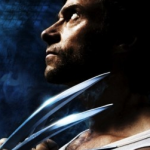 From The Mary Sue: Will Hugh Jackman be returning to the next X-Men project, Days of Future Past, reports The Mary Sue “…if you consider director Bryan Singer‘s Twitter an ‘official’ source.” Writes Rebecca Pahle, “I used to, considering he’s the director and he should know about these things, but after his Twitter announcement that Sirs Ian McKellen and Patrick Stewart had signed on turned out to be a bit premature, I’m not sure whether I can trust him anymore. Tweeted Singer: ‘I would officially like to welcome @RealHughJackman to the cast of #Xmen Days of Future Past. Very excited! More to come…’ One wonders if the ‘More to come…’ might refer to more of the original X-Men cast—possibly Halle Berry and/or James Marsden, whose return has been rumored for a while now—coming back as well.” Read more here. 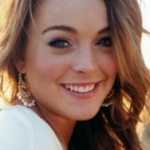 From The Jane Dough: There’s yet another embarrassing rumor for Lindsay Lohan to deal with, but this time it’s pretty bizarre. Writes The Jane Dough, “Remember that book ‘Everybody Poops’? Perhaps we need to send it to the person who found it necessary to mock LiLo for reportedly clogging a toilet. If anyone knows a little something about nationwide humiliation, it’s actress Lindsay Lohan, whose partying habits have made headlines for many years. Now she’s being criticized for more than just rehearsal tardiness and drinking. The 26-year-old is the subject of several news reports for causing plumbing issues on the set of ‘Scary Movie 5,’ and the petty articles were enough to garner the otherwise underdog celebrity a ton of support on Twitter.” See those tweets here. 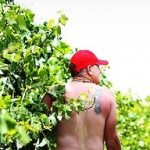 From The Braiser: One Aussie winemaker is taking an interesting approach to his next harvest, reports The Braiser: “We’re not sure if Australian vineyard owner Mike Hayes is a winemaker, a history fanboy, or a werewolf, since he recently announced plans to recreate an ancient winemaking technique/ritual wherein he harvests grapes during a full moon. Naked. Hayes, the owner of Symphony Hill Wines in Queensland, says that there’s a legitimate method to his lycanthropic madness, one that he actually researched as a recipient of the prestigious Churchill Fellowship. While studying European wine varietals and techniques that would suit the harsh climate of Australia’s Granite Belt, Hayes stumbled upon records of this Georgian ritual (the former Soviet country, not the Southern state — though naked winemaking was probably prominent there, too).” Read the whole article here.