From Mediaite: Following Friday’s tragedy in Newtown, CT, the conversation on gun control has begun in the media. One such debate took place between Soledad O’Brien and gun advocate John Lott. Reports Mediaite: “John Lott, the gun advocate who recently had a heated encounter with Piers Morgan, spoke to Soledad O’Brien on Monday morning — continuing to make his pro-gun argument. O’Brien had a hard time stomaching Lott’s perspective, telling him she simply does not understand it. The common feature across such attacks, Lott said, is that, with few exceptions, they’ve occurred where guns have been banned. ‘But there’s more than one thing in common, right?’ O’Brien asked, adding that they’re armed, often with semi-automatic weapons.” Read more of what they had to say here. 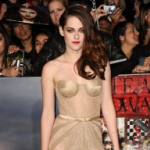 From Gossip Cop: The northeast still continues to recover from another recent tragedy, Hurricane Sandy. Celebrities are continuing to pitch in, following last week’s 12-12-12 benefit concert. The latest to contribute is Kristen Stewart, Gossip Cop reports: “Kristen Stewart has donated her stunningZuhair Murad gown from last month’s Los Angeles premiere of The Twilight Saga: Breaking Dawn – Part 2 to an auction organized to benefit victims of Hurricane Sandy. The actress autographed the red carpet dress, which is now being auctioned online, with proceeds going to the Robin Hood Foundation. Stewart was part of last week’s star-studded 12-12-12 Concert for Sandy Reliefat Madison Square Garden in New York, which also benefited the organization. Bidding on the dress ends on December 20.” Read the stories and see pictures of the dress here. 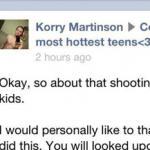 From Geekosystem: In the wake of the events in Newtown on Friday, Geekosystem is reporting on an unfortunate response to the incident: “In stunningly clear object lesson on ‘Things Not To Do, EVER,’ World’s Least Classy Total Idiot candidate Korry Martinson has turned himself in to police who had been searching for him all weekend. Just hours after Friday’s horrific shooting in Connecticut, Martinson, 19, allegedly put up a Facebook post thanking the shooter for his actions and threatening to ‘go shoot up every school in a 100 mile radius’ if he felt that the tragedy affected his rights as a gun owner. Now, KOMO News is reporting that Martinson, who was at best drastically overestimating the popular sense of humor level over Friday’s shooting, has been booked on charges of felony harassment for the threat.” Read more here.

From Styleite: Kate Middleton is back and at it, baby on board! Reports Styleite, “While it may take her a while to feel 100 percent healthy, the Duchess of Cambridge was well enough tonight to present at the BBC Sports Personality Of The Year awards show in London for her first public appearance since her initial bout of severe morning sickness. The Duchess presented two awards, including the main award, at the show, which took place at the ExCeL London, one of the Olympic venues she frequented during the summer games. Kate didn’t stay for the entire event, however; she showed up just in time to present, and left shortly after… We’re glad to hear that, although she still needs rest, she is doing better.” Read more here. 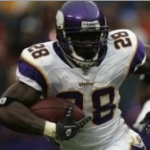 From SportsGrid: If you were watching football yesterday, you know the name of the day is Adrian Peterson. With another big game yesterday, he came a bit close to setting a big record. Sportsgrid explains, “The NFL record for rushing yards in a season is 2,105, set by Erick Dickerson of the Los Angeles Rams back in 1984. Adrian Peterson racked up 212 rushing yards today against the St. Louis Rams, bringing his total for the season to 1,812 with two games left. You do the math. With a few more games like today’s performance, which Peterson did against the Rams’ 13th-ranked run defense, and the record will belong to man just a year removed from an ACL tear. Peterson sure looks to have completely healed from the injury on this 82-yard touchdown run at the center of his big game against St. Louis.” Read on and watch him play here. 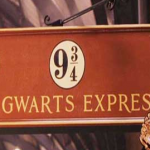 From The Mary Sue: For all you Harry Potter fans – the movies may be complete, but there is apparently much more of the franchise to be had. Reports The Mary Sue, “Warner Bros. has been working on two projects sure to excite fans. A secret mini-film has been shooting while a Harry Potter shop has opened at King’s Cross station in London between, you guessed it, platforms nine and ten.  Why are new scenes being filmed after the release of the last Harry Potter installment? For theme parks, of course! The Sun reports Helena Bonham Carter, who played Bellatrix Lestrange in the films, was back to reprise her role. Their source said, ‘The cast have really enjoyed getting back together — they are so tight-knit,’ leading us to believe others have returned as well. But whether that includes the main trio is still to be determined.” Read more details here. 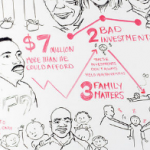 From The Jane Dough: With the state of the economy recently, money managing has been more important than ever, especially to young people just beginning careers. The Jane Dough takes a moment to examine those cases where millionaires go broke, and how it can be prevented. Writes the site, “Sure, it would be nice to have a big financial windfall — but what happens if you don’t have the skills to manage it? This is often the case for musicians, athletes and even lottery winners, who get big paydays that quickly dwindle thanks to poor money management, overspending or just old fashioned stupidity.” The Jane Dough links to a video from MBA Online which details the sad trajectory of some of these millionaires. Editor Sarah Devlin then asks, “What do you think? Do you agree with their argument for why millionaires go broke?” Share your thoughts here. 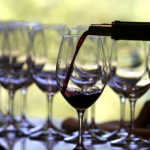 From The Braiser: What do your wine preferences say about you? The Braiser writes, “A recent study from the French Wines with Style has found that people’s wine choices say something about their personality: wine drinkers are frou-frou Europeans who like drinking fancy no-no juice. Ha, no, it’s more along the lines of wine types corresponding to personality traits, and out of the 2,000 wine drinkers surveyed, red wine drinkers are the best out there. Red wine drinkers, according to a recap by The Telegraph, “are more likely to have a degree, be married and drink more frequently” than their counterparts who drink white wine or rosé. Furthermore, they’re highly ambitious, have visited 10 countries on average, and typically earn between £40-45,000 per year, as opposed to white wine drinkers, who only earn £25-30,000 per year and admit that they’re not very ambitious.” Read more here.