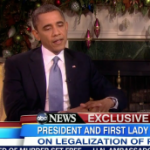 From Mediaite: One of the hot ticket political issues of 2012 has been the legalization of marijuana: now, President Obama is speaking out about it. Reports Mediaite, “Barbara Walters sat down with both President Obama and First Lady Michelle Obama — andGood Morning America previewed that interview on Friday. In particular: the question of legalizing marijuana and Obama’s own ‘choom gang’ past. Asked if pot should be legalized, the president replied, ‘I wouldn’t go that far.’ Voters in Washington and Colorado — where recreational use is not legal — spoke out on the issue, he added. ‘And, as it is, the federal government has a lot to do when it comes to criminal prosecutions. It does not make sense, from a prioritization point-of-view, for us to focus on recreational drug users in a state that has already said that, under state law, that’s legal.'” Read more here. 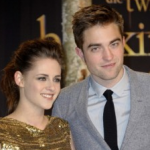 From Gossip Cop: The Robert Pattinson and Kristen Stewart rumors won’t seem to sizzle. Gossip Cop is fact-checking the latest: “‘“Robert Pattinson is hard at work creating the perfect engagement ring for his Twilight love,Kristen Stewart, even though she’s not pressing him for something spectacular!’ declares OK!  …’Rob plans to take his time getting the ring design perfect,’ says OK! How convenient… for the magazine! Because now the same publication that has made dozens of false claims about Pattinson and Stewart — including recent phony wedding details and a ridiculous baby report — can hope its readers forget about its source’s fabricated engagement ring specifics if and when the couple actually becomes engaged in the future. OK! has long had ZERO credibility when it comes to Pattinson and Stewart, and its sources have not gotten any more reliable over time.” Read more of OK!‘s lies here. 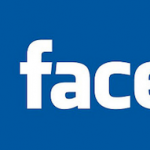 From Geekosystem: Looking for a way to recap all the big things that happened to you in 2012? Turn to Facebook! Explains Geekosystem, “The totalitarian dictators at Facebook are once again deciding what you want and when you want it, whether or not you actually do. To commemorate the end of one year and the beginning of another, Facebook has introduced a personalized Year in Review: A retrospective feature that, to put it succinctly, invades your privacy and marauds your profile for pictures and other items of note to display. Go ahead, argue the point, but Facebook is still going to send you on an awkward trip down memory lane. Highlights that Facebook will be adding to your Year in Review include new friends, job positions, and photos taken throughout the year.” Read more details about it here. 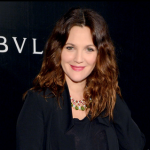 From Styleite: It seems like almost celebrity either has or is endorsing a fragrance or beauty line these days. The latest to join the club is actress Drew Barrymore, reports Styleite: “We heard rumblings back in October that Drew Barrymore was teaming up with Walmart on a makeup line, now that her CoverGirl contract is coming to an end. Today, WWD reports that the rumors are true and Barrymore’s new line, Flower, will be on the shelves of more than 1,500 Walmart stores come January. The actress co-owns the company with Maesa, a design and manufacturing company, and is said to be involved in every step of the process… According to Walmart’s vice president of beauty and personal care Carmen Bauza, what sets Flower apart from the retailer’s other “mass” cosmetics brands, is that it offers an ‘aspirational, prestige product.’ This means that Walmart spent two to three times more money developing the formula for each product than it would at the typical mass level.” Read on here. 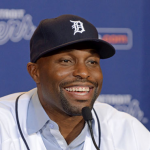 From SportsGrid: The big baseball news yesterday was Josh Hamilton, who was given a monster deal by the Angels – a team accumulating quite the batting line-up. However, this deal might have irked a former member of the Angels, explains SportsGrid: “Newly-minted Tigers outfielder Torii Hunter, who just played to completion a $90 million contract he signed with the Angels in 2007, is a bit peeved at the club for their splurge on Josh Hamilton. Hamilton agreed to a five-year, $125 million contract with the Angels today. Meanwhile, Hunter recently signed a two-year, $26 million with the Tigers. (Which, it should be pointed out, is chump change by no means).” That all led to him writing some not-so happy tweets. See what he had to say here. 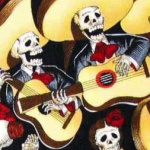 From The Mary Sue: There’s a new kids’ movie to get excited about, reports The Mary Sue: “One of the items on the long list of projects Guillermo del Toro is working on (they’ll all get done eventually, really, he swears, he’s just kind of super-busy at the moment), is Book of Life, an animated movie centered around Mexican holiday the Day of the Dead that’s to be produced by del Toro and directed by long-time animation designer/writer Jorge R. Gutierrez. Well now it looks like the film has gone from concept to reality, as Fox Animation Studios has picked it up for distribution and given it a release date: October 10, 2014… Animation Magazine describes Book of Life as ‘an action-packed, fully CG-animated picture, with a Romeo and Juliet style love story set against a Mexican Day of the Dead backdrop.’ Sounds interesting.” Read all about it here. 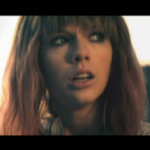 From The Jane Dough: Alert: there’s a new Taylor Swift music video! But the singer isn’t looking quite like herself this time. Explains The Jane Dough: “Choppy, pinkish hair with a greasy-looking boyfriend? A bar fight spectator who hangs out alone in deserts? These descriptions wouldn’t usually fit squeaky clean, sweet Taylor Swift, but they’re applicable to the 23-year-old in her newly released music video for “I Knew You Were Trouble,” which we’re guessing is about former beau Jake Gyllenhaal because her entire album is an epic “Screw you” to the blue-eyed brunette…and the scenes bring images of cowboys to mind. The video, which was released on the singer’s 23rd birthday, opens with Swift completely disoriented and frightened as she wakes up in a desert.” Read more about it here. 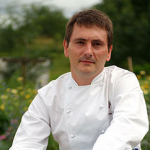 From The Braiser: In the food war, the war on foie gras continues. The Braiser reports on the latest: “The acclaimed Spanish restaurant Mugaritz was recently fined when animal rights activists revealed that chef  Andoni Luis Aduriz,whom peers voted last year as the world’s best chef, had sourced his foie gras from a small, unlicensed farm that utilized illegal practices to procure fattened duck liver. Earlier this year, the Animal Equality Group revealed that Olga Posse, the owner of the farm where Mugaritz gets its foie, harvested her ducks by not only force-feeding them (a practice still legal in Spain), but also by cutting their throats and letting them slowly bleed to death (totally illegal).  Posse claims that this allows less blood to flow into the liver and thus yields a higher-quality product, which is why she supplies many unnamed restaurants, some with Michelin stars. Aduriz, however, stated that he was proud of his fine.” Read why here.