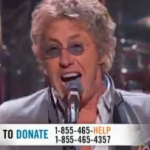 From Mediaite: If you watched the Hurricane Sandy relief benefit concert last night, you may have noticed some… er… issues in the broadcast. Namely, the censor not keeping up with the number of curse words being used. Mediaite reports on one especially bad incident: “One of the only technical flaws of [last night]’s 12-12-12 Concert for Sandy Relief has been the control room’s repeated inability to bleep any artists dropping a curse word here and there. Most of the uncensored curses were subtle — some people missed them, others tweeted about them almost immediately. But the biggest, most in-your-face example of the night was when The Who’s Roger Daltrey dropped a big ol’ F bomb during the band’s performance of ‘Who Are You.’ …Fun fact, however: the studio version of the song includes Daltrey dropping the ‘f-bomb’ twice.” Read more and watch video here. 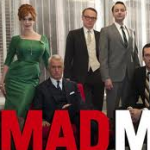 From Gossip Cop: Award season nominations continue to be announced, with The Golden Globes releasing their list today. Gossip Cop has the low-down on who got picked and who got snubbed: “The 2013 Golden Globes nominees were announced on Thursday, with Lincoln leading the pack with seven nods and Argo and Django Unchained right behind with five nominations apiece. But who was snubbed? ‘Mad Men’ was shockingly left out of the Best Drama Series category, along with ‘Games of Thrones,’ and its co-star Peter Dinklage was surprisingly shut out from the Best Supporting Actor category, which he won last year. Critically-acclaimed ‘Louie’ was also somehow not nominated for Best Comedy Series. A number of fans also took issue with the fact that Anna Karenina and Cloud Atlas scored zero nominations.” Read all the details here. 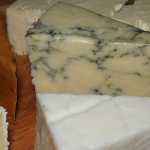 From Geekosystem: Have you ever thought about the history of cheese? Well, today you can, thanks to Geekosystem: “No other food in the world induces such rabid hunger and adoration than the mere utterance of the divine dairy product otherwise known as cheese. Since time immemorial, everyone from the lowliest commoner to the most powerful of emperors indulged in the oftentimes smelly delicacy.Historians have debated the issue of the exact point in time in which man had taken to cheesemaking, some arguing that it happened as early as 8,000 BCE when prehistoric farmers began taming livestock. Others say it happened as late as 3,000 BCE. However, archeological findings in Poland suggests that cheese was made and prepared around 7,000 BCE, a bit farther up the time scale.” Read all about it here. 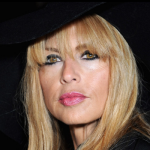 From Styleite: Shut it down – there seems to be trouble in Rachel Zoe paradise. Reports Styleite, “A little over a year after Rachel Zoe‘s eponymous clothing line made its retail debut, rumors are swirling that sales are not meeting expectations. Last fall, Rachel Zoe Collection launched in all 41 Neiman Marcus stores across the country andBergdorf Goodman, as well as competing specialty retailers both domestically and internationally, like Saks Fifth Avenue, Shopbop, Selfridges, Intermix. Yesterday, a Saks rep confirmed to BuzzFeed Shift that the collection is no longer available in stores. Things at Bloomingdale’s look equally bleak... The news seems disheartening, especially considering the reach of Zoe’s platform and celebrity, but not hopeless.” Find out why here. 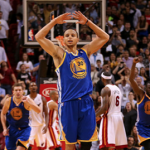 From SportsGrid: SportsGrid is writing about what happened last night in sports, and a really, really good NBA team: “[U]ndeniably, these Warriors are a good team. If you didn’t notice before, you do now following a 97-95 win over the Heat in Miami last night. Rookie Draymond Green’s last-second heroics (and LeBron’s last-ditch misfire) are getting the lion’s share of the attention, but the Warriors’ outstanding performance both in this game and in general (it was their fifth straight win, all of them on the road) deserve notice. Golden State is 15-7 now, they’ve got a signature win… and all while hardly getting anything from Andrew Bogut all season so far. Yeah, it’s early, etc., etc., but these guys look like the real deal.” Read more about yesterday’s games here. 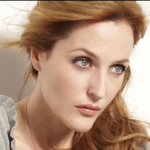 From The Mary Sue: Actress Gillian Anderson is back on American screens, in a project of special interest to the geek girl world. Writes the site, “Gillian Anderson has spent a long time away from American television. Her roles since The X-Files have included Miss Havisham and the Duchess of Windsor, and she’ll always have a place in my heart for subbing the voice of Moro, San’s adoptive-wolf-spirit-mother in Princess Mononoke, but the fact remains that she hasn’t had a role this side of the pond since 2008′sThe X-Files: I Want to Believe, and hasn’t graced our small screens since 2002. But if there already weren’t enough reasons to be interested in a series about Hannibal Lecter from the guy behind Pushing Daisies, Gillian Anderson joining the show is a nice addition.” Read more about her role here. 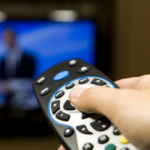 From The Jane Dough: If you are an avid television watcher, you should be very excited about today. Why? The Jane Dough explains, “Looks like our seemingly futile requests for less obnoxious commercials have begun to have an effect: earlier today, starting at midnight, the volume of advertisements on television must be pre-approved by law so that they don’t surpass a maximum of 2 decibels(db). To mimic the hyper-excited exuberance of those infamous Herbal Essence commercials, all we have to say to this is “Yes! Yes! Yes!” Even though DVRs have become the standard for at-home viewing, and Netflix has a loyal percentage of On-Demand streamers, this is great news for our grandparents who still watch the 5 o’clock news or those of us trying to host a Super Bowl party. Commercials have been getting steadily louder for years, finding sneaky ways around prior volume limitations.” Read on here. 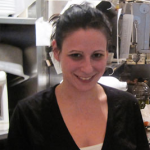 From The Braiser: Have you thought of becoming a professional chef? Well, one such chef has advice for you, then: don’t. Reports The Braiser, “There’s something glorious about being a notorious vegetable chef, isn’t there? All those glowing reviews from Pete Wells, all the books you get to sell, all the pride of being a female chef running a successful restaurant kitchen and telling the male haters to suck it. Gosh, being a professional chef sounds like the best life ever, except for the part where Amanda Cohen — the woman we just described — smacks you back to reality with the warning: being a professional chef sucks. In a blog post on Dirt Candy’s website, Cohen goes into a very, very, very, very long list of reasons that one should not become a professional chef. Most chefs can tell you that getting to her level requires infinite patience, lower expectations, hard work, and a lack of ego — but only Cohen has a test for you before you even consider trying to talk your way into a kitchen.” Read what it is here.