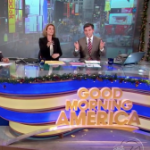 From Mediaite: Sometimes the news can be sad and serious, and then every once in a while it throws you a bone: a good ol’ hilarious offbeat story. This week, that story came in the form on a monkey at IKEA, and Mediaite’s got the latest: “Darwin, the ‘Ikea monkey,’ has made quite a splash on the internet since he was spotted traipsing through the Swedish store’s parking lot, dressed in a shearling coat. Good Morning Americajoined in on the fun this morning — but George Stephanopoulos had a little trouble getting through the tease for the story with a straight face. As the show came back from commercial, it played a video of Darwin… brushing his teeth. Right from the introduction, the crew and George in particular couldn’t stop laughing at the ‘serious story.'” Watch a video here. 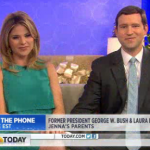 From Gossip Cop: There’s a new presidential baby on the way, reports Gossip Cop – Jenna Bush Hager, daughter of former President George W. Bush, is pregnant. Writes the site, “On Wednesday, Hager announced on the ‘Today Show’ that she’s expecting her first child. ‘It’s something I’ve always wanted,’ an emotional Hager said. Hager, a correspondent for ‘Today,’ is married to Henry Hager, whom she wed in 2008. The couple’s baby will be the first grandchild for President Bush and former First Lady Laura, who are also parents to daughter Barbara. Calling into the show, the former President said he was ‘fired up’ to become a grandfather, and even joked that the little one should call him ‘sir!'” Read the full story here. 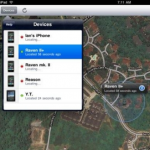 From Geekosystem: Dear Apple Maps, just stop. Geekosystem is reporting today that Apple has now added their terrible maps navigation to their “Find my iPhone” app, so now both you AND your phone can get lost: writes Glen Tickle, “I’ve been pretty hard on Apple Maps, but that’s only because it’s terrible. Instead of fixing it, Apple has integrated Maps into the Find My iPhone feature, allowing it to give turn-by-turn navigation to the last known location of the lost device… The idea behind this move is that it makes it easier for owners of iOS devices and Macs to recover a misplaced item. In theory, they can now load up directions by hitting an icon in the Find My iPhone utility that will fill in the location in Maps. Whether these directions will be to the actual location, or the middle of the Australian desert, isn’t entirely clear, but it’s a nice idea.” Read on here. 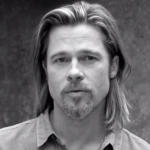 From Styleite: Have you been confused by the infamous Brad Pitt for Chanel ads? Styleite says you’re not the only one: “Rest assured you’re not alone in your confusion over what Brad Pitt means when he intones, ‘It’s not a journey, every journey ends and we go on’ in those Chanel No. 5 commercials. Even director Joe Wright was reportedly a little perplexed by the monologue, which, while ostensibly an ode to the perfume, pretty much amounted to some very mockable ramblings delivered by a handsome, yet disheveled man. Vulture caught up with SNL‘s Taran Killam, who took on the role of Pitt in the show’s spot-on parody, and he recalled a recent encounter with Wright: ‘He was very gracious, and he said, ‘I didn’t actually know what they were about either,’ because it’s just his job to show up, and he’s given the copy.’ Good to know we’re all on the same page here.” Read more here. 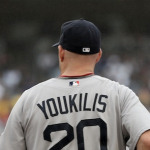 From SportsGrid: The biggest name in baseball news last night was Kevin Youkilis. Why? He agreed to a deal with the Yankees. And everyone is freaking out. Reports Sportsgrid, “Kevin Youkilis is set to sign a one-year, $12 million deal with the New York Yankees. Youk was a member of the Red Sox the first eight-and-a-half seasons of his career, traded in his red socks for white ones (get it?) in the latter half of 2012, and has now signed with the Yankees. Loyalties and allegiances aside, this is a logical baseball move for the Yankees. They need a full-time replacement at third base until Alex Rodriguez returns sometime midseason, and someone to relieve him in the field when Joe Girardi puts him and his hips at DH. Of course, tempers and emotions run amok when a player so well known as a Yankee or a Red Sox plays for the sworn enemy, but baseball players will do what they do.” Read the story here. 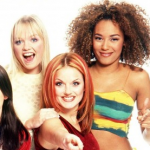 From The Mary Sue: The Spice Girls musical premiered last night. Here’s what The Mary Sue’s Rebecca Pahle is writing about it: “Somehow the knowledge that a Spice Girls musical is something that exists escaped my notice. I’m not sure how, exactly, as it seems like the sort of thing that would stay lodged in my head upon just hearing it mentioned (much like Wannabe). But alas, though I did not know about it, there is a Spice Girls musical. And critics don’t want it. They really, really don’t want it. Zig-a-zig-ahhh. The musical, Viva Forever, debuted last night in London and was slammed by critics… Though the critics hated it, the Girls themselves don’t. Melanie Chisholm, aka Mel C, aka Sporty Spice, said on the red carpet that ‘If people criticize it, we don’t care — because we love it.’ Of course they do. No one can keep the Spice Girls down.” Read on here. 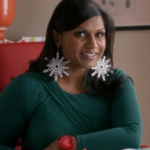 From The Jane Dough: It’s time for a weekly The Mindy Project recap, but The Jane Dough wasn’t quite thrilled with this episode. Writes the site’s Sarah Devlin, “Was anyone else a bit disappointed by last night’s episode of The Mindy Project? There was nothing wrong with it, per se, but there were a couple of developments that bothered me so much they kind of ruined everything else. Let’s get to it: It’s Christmas and snowy in New York, and it’s time for the annual office holiday party. Mindy volunteers to host it at her place because she’s obsessed with Christmas (the spectacular holiday earrings she sports for the episode underscore this point) and the decided less amped up Jeremy and Danny agree to allow it. Danny tries to weasel out of attending but Mindy insists.The rest of the episode takes place at said Christmas party, in Mindy’s impeccably decorated, gorgeous apartment. ” For more of her thoughts, read here. 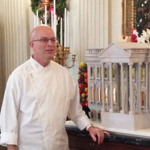 From The Braiser: It’s the holiday season at the White House, and as is tradition, the gingerbread model of the home (as well as its secrets) have been revealed. This year, the edible sculpture has been made out of a new material: afikoman, the piece of matzoh that is traditionally hidden during the seder and must be found by children during Passover.  Writes The Braiser, “Why is this Christmas treat now a Jewish bread? Because Yosses wanted it so, that’s why. In an interview about the White House’s traditional holiday gingerbread house, Yosses told YumSugar about the process of creating an entirely edible Executive Mansion (in theory), and pointed out how this version looked grayer. Normally, they’d sculpt the exterior out of white chocolate, but this year, Yosses wanted to celebrate the quarry that supplied the White House’s stone.” See a picture here.