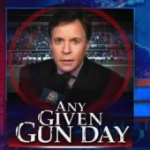 From Mediaite: The gun control conversation has been a hot topic lately, and last night The Daily Show offered its two cents on the topic, reports Mediaite: “Jon Stewart opened his show [last night] by addressing the controversy over the murder-suicide of NFL linebacker Javon Belcher and the seemingly arbitrary way the zeitgeist decides when it becomes appropriate to talk about gun violence after an act of such violence has been committed. Stewart highlighted inconsistencies in the logic behind such arguments, particularly at Fox News. Stewart brought up the commentary by Bob Costas that ignited this whole gun control controversy. He acknowledged that it was a very complex issue that Costas didn’t fully address, but he was at least ‘trying to start a conversation.’ Of course, the conversation was immediately intercepted and run past the ten-yard line by Fox News.” Read more here. 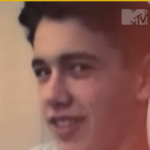 From Gossip Cop: James Franco is a man of many talents, and most recently let his musician side shine through. Gossip Cop writes, “Hollywood’s biggest multi-tasker James Franco has released a music video for his band Daddy’s song, ‘Can’t Say Goodbye,’ featuring childhood home movies of the actor and his family. Franco reveals the track was inspired by the loss of his father, who passed away while the star was filming Oz: The Great and Powerful in Detroit last year. He tells MTV, ‘The song is really sad for me, actually. When I was in Detroit, my father died, so I wrote a song kind of about it.’ Franco adds, ‘Then my mother had recently dug up all the home movies that she had, so we thought it would be a good connection if we used those images for this song.'” Watch the video here. 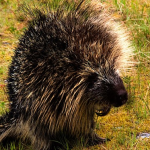 From Geekosystem: In a world that’s ever changing and innovating, researchers are always looking for the next big thing. That next big thing, in this particular case, may be porcupines, reports Geekosystem: “When researchers at Brigham and Women’s Hospital in Boston went looking for the future of jamming a sharp thing inside of you, they looked to a creature that has built it’s reputation — and ensured its survival — by delivering sharp pokes for millions of years: the porcupine. By analyzing the unique geometry of porcupine spines, they’re unraveling the secrets of why it’s so easy to get one of the sharp spines to puncture flesh, and so hard to remove it. They’re hoping those lessons could result in more effective needles that could enter the body with less force and seal the wounds they leave on their way out, reducing the possibility of infections.” Read more about it here. 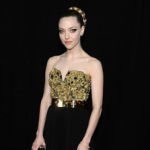 From Styleite: The Les Misérables premieres continue, and the fashionable stars of the film keep turning heads. Styleite writes, “Anne Hathaway is putting quite the concerted effort into her edgy red carpet ensembles lately, isn’t she? First she chose a contentious Givenchy Couture batwing beaded number for the London premiere of Les Misérables and last night she stepped out in a full look from Tom Ford‘s spring collection — right down to the bondage-inspired boots-cum-sandals… Amanda Seyfried, meanwhile, stepped up her game in a strapless Alexander McQueen gown with gilded detailing on the bodice and a tortoiseshell belt. What really made this one a winner, though, was the hair and makeup. The super-sleek braided bun was a regal choice, while the heavy, dramatic cat-eye lent the look a bit of edge.” Read on and see pictures here. 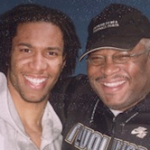 From SportsGrid: The Arizona Cardinals have not been the best team in the NFL this year… or even close to it, really. And after nine consecutive losses (ending in a massive 58-0 defeat by the Seahawks), one player’s father is speaking out about it, reports Sportsgrid: “Like any father who just wants to see his child succeed, Larry Fitzgerald Sr. is upset. Upset that his son’s amazing god-given talent is going to such awful waste on an NFL team whose quarterback play is just about on par with a mediocre Pop Warner team. It’s got to be heart-wrenching for Fitzgerald Sr., whose all-world wide receiver of a son should just not be playing for teams who lose 58-0. He used that thing, you know, Twitter, to tell us all how he feels. After the Cardinals’ ninth straight loss (after a now incomprehensible 4-0 start), Fitzgerald Sr. was piiissssseeeddd.” See what he had to say here. 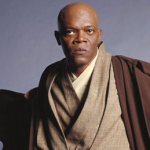 From The Mary Sue: Listen up, Stars Wars fans: Samuel L. Jackson has some things to say that might make your day. Writes The Mary Sue, “The kind of enthusiasm Samuel L. Jackson expresses for Star Wars is pretty adorable. I mean, come on, he demanded a purple lightsaber. So it’s no surprise the actor would want back in on the franchise that let him have so much fun.  E! News caught up with the actor at the Spike TV Video Game Awards and broached the subject of the upcoming Star Wars VII. ‘[I’m] totally geeked by the idea of there being more Star Wars,’ said Jackson. ‘It’s like, okay, Obi-Wan was dead when episode four started, so maybe everyone thinks I’m dead and we’ll find out what happened to Mace Windu.’ Though he didn’t stop there, Jackson threw out a few wild ideas on how his character, Mace Windu, could return.” Read more here. 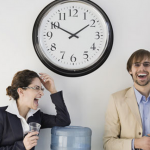 From The Jane Dough: In three weeks, a new year will begin – a fresh start for many. The Jane Dough’s Laura Donovan weighs in, “Did 2012 feel like the end of the world to you? You’re not alone. I can’t tell you how many people have lamented that 2012 was just not their year professionally or personally, and all the Debbie Downer chit chat isn’t going to help anyone bounce back or achieve happiness. The best way to move forward is to make some changes in 2013, when we have a clean slate as well as an excuse to start fresh. If 2012 was anything but awesome for you, here’s how to turn that frown right upside down (sorry for the lame joke, but I’m entitled to a few this holiday season) come January 2013.” Read all her tips, from setting concrete goals to organizing more after-work happy hours, here. 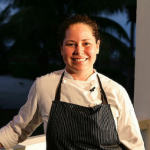 From The Braiser: Top Chef fans of Chicago, The Braiser has some exciting news for you: “Go ahead: do a little dance at your desk. Stephanie Izard’s Girl and the Goat spin-off diner Little Goat will be opening this Thursday in Chicago… sort of. The James Beard Award nominee is being a bit of a tease and opening Little Goat in ‘phases,’ starting with Little Goat Bread this week. You’ll be able to get pastries in the morning, soups and sandwiches for lunch, and fresh-baked loaves of bread for purchase all day (and did we mention Stumptown Coffee, too?), but the rest of the multi-concept space won’t be open till later in December. In addition to Little Goat Bread’s coffee shop, bakery, deli, and retail space (where you can purchase such necessities as local honey, Steph’s own personal maple syrup blend, and, yes, t-shirts), a bar serving craft beer and cocktails will open once the diner begins service as well.” Read the full story here.