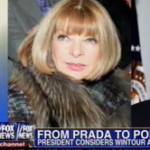 From Mediaite: Is Donald Trump actually supporting President Obama? Mediaite answers, “Donald Trump baffled many when he tweeted in favor of an ambassadorship for Vogue editor Anna Wintour. Of course, that’s only a rumor — but Trump elaborated on his support for Wintour when he called into Fox & Friends on Monday. She would do an “amazing” job, he said. Wintour is rumored to be in the running for an ambassadorship to the UK or France. A strong Obama supporter, she was one of his big bundlers during the campaign. Gretchen Carlson segued into the topic by noting that she and Trump actually agree on this issue. She doesn’t have a problem with it, she said, because ambassadorships, in many cases, are ‘political favors to people who raised a lot of money on them.'” Read more here. 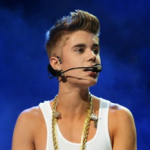 From Gossip Cop: Good news, Beliebers! There’s more chances for you to catch your favorite pop sensation, reports Gossip Cop: “Beliebers will have 30 more chances to see Justin Bieber on his Believe tour next year. The sold-out concert tour has been extended into summer 2013, it was announced on Monday. Among the new dates are a stop at Brookyln’s new Barclays Center, three shows in Bieber’s native Ontario, and back-to-back nights in Los Angeles. The tour was originally scheduled to end in late January, but will now resume in June and go through the beginning of August. Bieber promises to donate $1 from each ticket sold to Pencils of Promise, which is working to build 15 schools around the world for children in need.” Read more and see the new tour dates here. 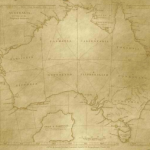 From Geekosystem: Remember how terrible the new version of Apple Maps is? Well, Geekosystem has some entertaining news about it: writes Glen Tickle, “I’ve never been to Australia, but I have seen the Australian anthropological documentary Beyond Thunderdome, so I think I have a pretty good handle on what things are like down under. It’s basically one big Rube Goldberg device set into motion to kill you, right?Poisonous spiders, poisonous snakes, poisonous marauders hunting for gas. It can be a dangerous place, and if you have an iPhone it’s even more dangerous. Police in Mildura, Victoria are warning travelers that if they use Apple Maps to get there, they could die. We knew Apple Maps was bad, but we didn’t know it was deadly. The police are reporting that Apple Maps lists the location of Mildura over 40 miles away from where it actually is.” Read on here. 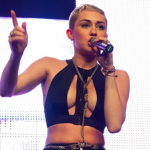 From Styleite: Miley continues to change her look, and Styleite is reporting on the latest: “Miley Cyrus has made no secret of her newfound love for crop tops and cut-outs, but her most recent ensemble most definitely takes the most cropped, most cut cake. Performing at dubstep deejay Bongore’s Christmas Creampies concert in Los Angeles*, Cyrus wore a pair of second skin, high-waisted leather pants, over-the-knee snakeskin boots, and a black contraption that once upon a time must have (maybe? hopefully?) included enough fabric to be a functional dinner napkin. She tied the whole look together (quite literally) with a chain necklace-cum-belt-cum-zipper handle. Cyrus is clearly making a concerted effort to break out of her child-star box, we just can’t help but wish she’d be a little more original in her efforts.” See a photo here. 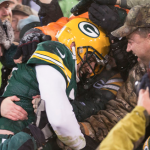 From SportsGrid: What happened last night in football? Sportsgrid reports, “Pretty much as soon as time expired in the Packers’ 27-20 win over the Lions last night, Aaron Rodgers talked about how ugly the win was. He wasn’t the only one. But he also made sure to say that an ugly win is a lot better than losing a game, and surely every Packers fan is on board with that after a night that left the Pack one win from a division title. The snowy conditions were less than ideal for the type of high-powered offensive game both teams are capable of producing – Rodgers attempted just 24 passes, completing 14 for 173 yards – but the Pack did enough.” Read more about yesterday in sports here. 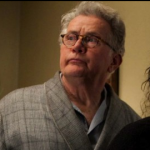 From The Mary Sue: If you saw The Amazing Spider-Man, you know that Uncle Ben dies and it is really sad. There’s hope for his character, though, reports The Mary Sue: “Martin Sheen has joked before about making Uncle Ben’s death in The Amazing Spider-Mana dream sequence so he could return in the sequel, and now it looks like he’s getting his wish, at least partially: Sheen has confirmed that he will indeed be reprising his role in The Amazing Spider-Man 2. In an interview with Irish talk show “The Late Late Show,” Sheen stated: ‘They’ve called me back, I don’t know what the part is gonna be, but I’m going to be Uncle Ben once again in Spider-Man next year. We shoot it in February.’ …Given how The Amazing Spider-Man 2 is reportedly going to delve into the backstory of Peter Parker’s parents, which was teased in the first movie, I’m guessing that Uncle Ben will appear in a flashback, though a dream sequence is also a possibility.” Read more here. 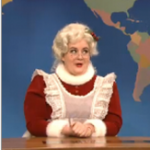 From The Jane Dough: Let the Christmas comedy begin! Except this particular Saturday Night Live sketch, which made The Jane Dough uncomfortable. Writes Sarah Devlin, “What was even happing on Saturday Night Live this weekend. Between ‘Maine Justice,’ ‘Dermot Mulroney or Dylan McDermott’ and ex-porn stars shilling for ‘Sabowski Crystals’ it was a ridiculous, punchy night from start to finish. Host Jamie Foxx was so aggressively present in all the sketches that it felt like some of the regular players didn’t get much of a chance to shine, and it did little to help the ongoing battle of the ladies that has been waged between Kate McKinnon, Cecily Strong, Nasim Pedrad and Vanessa Bayer this fall. And then there was Aidy Bryant. Bryant hasn’t had much of a chance to shine this season, but we’re not sure that playing an oversexed version of Mrs. Claus says “star cast-member potential.” Read more of her opinion here. 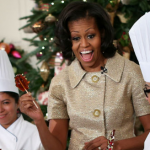 From The Braiser: As the Obamas prepare for a second term in the White House, The Braiser checks in on the first lady’s platform where it involves food: “Michelle Obama recently spearheaded the Healthy, Hunger-Free Kids Act, which went into full effect in school cafeterias for the 2012-2013 school year. The legislation was the first overhaul on nutritional guidelines for school lunches in decades, however, it was also the first time maximum calorie counts were implemented in an effort to stem childhood obesity. This, of course, left kids across America super whiny. Now, the USDA is buckling on the initial guidelines, allowing schools to exceed the set maximum on meats and grains, if they so choose. Besides high schoolers complaining about how 850 calories isn’t substantial enough for lunch, school administrators say that imposing strict guidelines on meat and grains makes meal-planning difficult.” Read more details here.