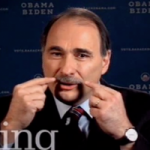 From Mediaite: December started almost a week ago, bringing an end to the facial-hair-ridden Movember. However, David Axelrod has been celebrating Movember for 40 years, in a way, and he finally ended it today by shaving his mustache on air, Mediaite reports: “After much (much, much) ado, the day is upon us: the day David Axelrod slashed his ‘stache on TV. The Obama adviser headed over to Morning Joe on Friday to make good on his promise to shave off his mustache of 40 years after hitting $1 million in donations for epilepsy research. Axelrod thanked those who donated, particularly those who couldn’t afford to write big checks, but still gave what they could — and spoke briefly about the notes he received from those who have also dealt with epilepsy.” Read more here. 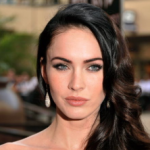 From Gossip Cop: Megan Fox as you know and love her may be no more — the new mom reveals that her son is making her rethink the way she’s gained fame, reports Gossip Cop: “Megan Fox says she plans to cover up her enviable body now that she’s a mom. In her first interview since she and Brian Austin Green welcomed son Noah, the actress told reporters at a Hollywood Foreign Press Association event, ‘It changes your perspective about being overly sexual in a film when you have a baby.’ Fox explained, ‘I’m going to be more cautious about choosing films because I’m already thinking about when he’s in school and his friends are going to be showing him my photo shoots with me in a bikini and he’s going to be horrified.’ ‘So that will deter me from making some of the choices I made before,’ added the actress. Read more of what she had to say here. 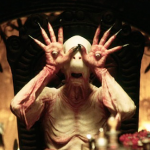 From Geekosystem: Are you a fan of Pan’s Labyrinth? So much so that you’d like to see it on Broadway? Geekosystem writes that may happen: Pan’s Labyrinth, Guillermo del Toro’s hallucinatory fairy tale of a family unravelling and a young girl’s descent into insanity in the midst of the Spanish Civil War is being adapted into a musical for the stage. We really don’t know what to say on this one, as there’s not exactly a whole lot of words in that last sentence that exactly scream “song and dance routine” to us. Then again, what the heck do we know? This thing could end up being the next big Broadway smash — like Annie, but with way more phantasmagoric monsters and people being shot. According to Deadline Hollywood, del Toro is not only behind the project, but the driving force making it happen.” Read on here. 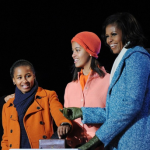 From Styleite: The fashionable first family dressed to impress again last night as they attended the tree lighting ceremony. Styleite reports on their ensembles: “If you thought the Obama ladies looked stylish while going to fetch their festive pines for the White House, just wait ’till you see what they wore to the lighting of the National Christmas Tree last night. It’s starting to become clear that the next four years will be Sasha and Malia‘s turn to shine, style-wise. Not that Michelle didn’t look fab in her blue J.Crew coat, which Mrs-O reports she first wore back in 2009, but clearly the girls put some serious pre-planning into their outfits. Between Sasha and Malia there were at least four shades of orange going on, with the older daughter wearing a retro, peachy coat with cropped sleeves and a cool arrow print at the hem and her younger sis opting for a pumpkin peacoat.” Read more details and see pictures here. 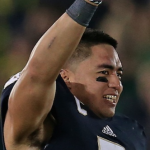 From SportsGrid: The Heisman winner will be announced this weekend – and Sportsgrid has some predictions: “Though the chunk of individual awards doled out by the NCAA aren’t necessarily an indicator for who will win the grandaddy of them all, the Heisman Trophy, they most certainly won’t be this year. Notre Dame linebacker Manti Te’o cleaned house, winning the Maxwell Award for the nation’s most outstanding player and the Walter Camp national player of the year award. For both awards, Te’o beat out, among others, Johnny Manziel and Collin Klein, the two other finalists for the Heisman Trophy. Despite Te’o’s wins, Manziel still remains the resounding favorite to take home the big boy prize. And recent history tells us that his almost inevitable win shouldn’t necessarily come as a surprise. Since 2000, only two Maxwell Award winners (Tim Tebow in 2007, Cam Newton in 2010) went on to win the Heisman.” Read more here. 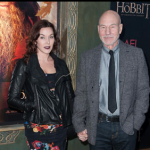 From The Mary Sue: Yesterday was a big day for news in the world of The Hobbit. So much so, The Mary Sue couldn’t post it all and had to combine it into one-jumbo news story today. Writes the site, “We’ve been restraining ourselves from posting too much stuff about The Hobbit because, lets face it, this is not a LotR only blog and we would be straining at least a few people’s patience. So here’s all The Hobbit stuff from yesterday that we didn’t post because we’d already done like two posts related to The Hobbit and dangit, The Hobbit people calm down with your premiere pictures, unreleased photos, funny quotes, new behind the scenes footage, and Colbert Report interviews. Oh also the Doubleclicks have a new Christmas song that’s particularly appropriate this year.” If you dare, read all of it here. 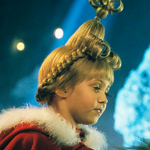 From The Jane Dough: As you gear up for Christmas, you may find yourself watching How The Grinch Stole Christmas. And you may find yourself thinking, ‘Hey, Taylor Momsen is really young and adorable in this film — what happened to her?’ And The Jane Dough has the answer: “Most of you know Taylor Momsen as the irreverent, life-ruining little sister in ‘Gossip Girl’ or as a moody musician who ‘quit acting‘ last year, but I like to remember her as impossibly adorable, brave Cindy Lou Who in the 2000 flick, ‘How the Grinch Stole Christmas.’ With the holiday season in full swing and Christmas movies on our TV sets, now’s the time to remember what our favorite Christmas movie actors once were (lookin’ at you too, Macaulay Culkin). Things got a little weird for the reportedly volatile Momsen after ‘The Grinch,’ so we’ve taken the liberty of chronicling her downfall. Merry Christmas.” See a slideshow of all her doings since then here. 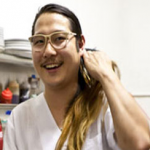 From The Braiser: The site is reporting on how celeb chef Danny Bowien survived one of the most terrifying days a chef can imagine: “For a NYC-based restaurateur or a chef, the only thing more terrifying aNew York Times review is a Department of Health inspection. Now imagine that you’re Danny Bowien, you’ve opened a much-hyped restaurant in a completely new city, and they’re both happening at the exact same time.Please get up from the fainting couch; we have a story to go through. At a recent panel with Michael White and Andy Ricker about restaurant empire expansion, Bowien revealed that Terror-day for him happened the minute he returned from the MAD Symposium.” Read more about how it all went down here.