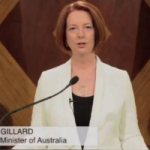 From Mediaite: Most of us have heard that the Mayans predicted December 21, 2012 to be the end of the world, but have written it’s truthfulness off — but what if your official Prime Minister tells you it’s true? That’s what Australian citizens faced today, reports Mediaite: “‘My dear remaining fellow Australians, the end of the world is coming,’ Australian Prime Minister Julia Gillard said in a PSA of sorts. Made, of course, as a spoof with a local radio’s breakfast show. ‘It wasn’t Y2K, it wasn’t even the carbon price,’ she said. ‘Whether the final blow comes from flesh eating zombies, demonic hell beasts or from the total triumph of K-pop, if you know one thing about me it is this: I will always fight for you to the very end.’ But hey, there’s a silver lining. For her, anyway: ‘At least this means I won’t have to do Q&A again.'” Read more here. 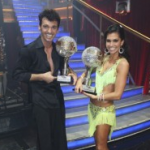 From Gossip Cop: Is Dancing With the Stars rigged? Gossip Cop reports on the rumor started by Star: “The mag notes that Shawn Johnson and Derek Hough received high scores from the judges all season long, whereas the season’s eventual winners, Melissa Rycroft and Tony Dovolani, only got ‘mixed reviews.’ …Star claims, ‘Instead of talent giving the victors the edge, it was their manager — who happens to be one of the show’s producers!’ The tabloid explains that Dancing with the Stars senior producer Deena Katz is Dovolani’s manager, and has also been ‘overseeing Melissa’s career for months.’ …Well, that’s all well and good, except for one thing: Katz does NOT manage Rycroft or Dovolani. Oops… Also, Dovolani has been on the show every season since the second — and this was his first ever win.” Read more about the false report here. 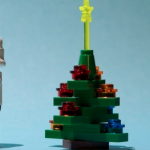 From Geekosystem: Are you stressed about decorating your Christmas tree? Turn to math, says Geekosystem! Writes the site, “Many of you are probably setting up the Christmas tree this weekend, and if you’re anything like us, it’s a daunting task. The pines and spruces of our youth, were always decorated with love, care, and not a little shouting. They also usually left one with the impression that we had jammed all the ornaments, tinsel, and lights at our disposal into a cannon, fired it in the general direction of the tree, and moved on with our lives. The University of Sheffield’s Maths Society – presumably sick of watching people like me decorate like an animal — has offered up a Christmas miracle — a series of calculations that, if followed, will get your tree looking picture perfect, from an exacting tinsel-to-tree ratio to a star or angel that’s just the right height.” Read all about it here. 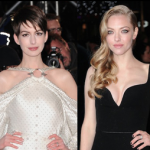 From Styleite: As the Les Misérables premieres begin, Styleite is reporting from the front on all the stars’ choices. Of the most recent event, the site writes, “Asking us to choose between Balenciaga and Givenchy is usually like asking us to pick a favorite child…you know, if we had children. But at [last night’s] world premiere of Les Misérables in London, Anne Hathaway and Amanda Seyfriedstepped out dressed to the nines in creations by Riccardo Tisci and Nicolas Ghesquiére, and, in a strange turn of events, we weren’t particularly blown away by either look. After months of hearing about crazy diets and drastic haircuts, and seeing the leading ladies pop up on every cover from Vogue to Glamour toVanity Fair, we kind of expected something a little more ‘wow’ from the two stars.” Read more and see pictures of the looks here. 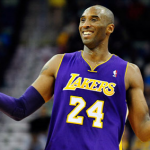 From SportsGrid: Last night was a big night for Kobe Bryant! Why? He scored his 30,000th point. Reports Sportsgrid: “Good night for the Lakers all around: for one thing, they won, beating the New Orleans Future Pelicans 103-87. For another, Kobe Bryant became the youngest player in NBA history to score 30,000 career points, finishing with 29 on the night. Kobe, of course, has hinted he might retire when his contract expires after next season, but with Kareem Abdul-Jabbar’s all-time scoring record still on the table, will he be able to pull himself away? Clearly he’s got juice left in the tank. Elsewhere: good night for L.A. teams in general – the Clippers blew out the Mavs, 112-90.” Read more of what happened here. 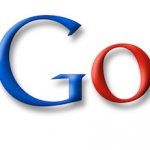 From The Mary Sue: The site has exciting news for those interested in what role gender plays in media, and vice versa: “Google uses its Global Impact Awards to award grants to small institutions for whom a mere $1.2 million (‘mere’ when you compare it to the full extent of Google’s wallet) is a huge impact, and places that are also unafraid to ‘fail fast or challenge the status quo, and have what [they’d] like to call ‘a healthy disregard for the impossible.” So it both makes sense and is pretty cool that Google would choose to give $1.2 million to the Geena Davis Institute on Gender in Media and access to their engineers in order to craft experimental software that can analyze gender representation from raw television footage.” Read more about their latest happenings here. 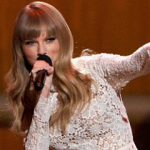 From The Jane Dough: The Grammy nominations were announced last night, and if you’re a woman, you might be a little disappointed with their choices. The Jane Dough explains, “The Grammy nominees were announced last night, in a ceremony hosted by Taylor Swift and LL Cool Jay (which also featured Swift’s rap stylings), and there’s a lot to be excited about. We couldn’t help but notice, however, that the ‘Album Of The Year’ nominees this year are awfully white and male. The albums nominated for the award are: El Camino by The Black Keys, Some Nights by Fun, Babel by Mumford & Sons, Channel Orange by Frank Ocean, and Blunderbuss by Jack White. With the exception of Ocean, that’s a lot of white dudes. The eligibility period for the 2013 Grammys was Oct. 1, 2011, to Sept. 30, 2012, making nominations for Taylor Swift’s Red  or Bat For Lashes’ The Haunted Man impossible, but come on.” Read more of the site’s opinion here. 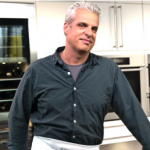 From The Braiser: Want to move but don’t feel like re-designing the kitchen to be just the way you want it? Well, if you’re chef Eric Ripert, you’re in luck, reports The Braiser: “At least he knows he’s getting the kind of kitchen he likes: The New York Post reports that Eric Ripert is buying an $1.85 million apartment in Chelsea Green, an apartment building in Manhattan where he happened to design all the home kitchens for the entire complex. Sadly, it’s not the penthouse suite that (allegedly) is still on the market: he’s only looking at a 2-bedroom, 2-bathroom apartment. At the same time, they both boast the ‘Eric Ripert Kitchen by Poggenpohl, which includes eco-friendly materials and energy-efficient appliances including a Miele induction cooktop.'” Read more and see a picture here.