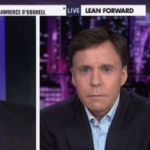 From Mediaite: On Sunday, NBC Sportscaster Bob Costas made some controversial comments about gun control, and now he is defending them in the wake of backlash. Reports Mediaite, “Bob Costas appeared onLawrence O’Donnell‘s show tonight to respond to the growing controversy over comments he madeSunday night over the murder-suicide committed by NFL linebacker Jovan Belcher and gun control. Costas made it clear he was not trying to advocate for gun control, despite his personal belief that there should be some stricter gun control laws, but did say that more often than not, having a gun in a bad situation is more likely to make it worse than make it better.” For more of what he had to say, read here. 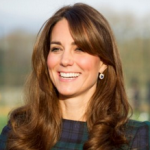 From Gossip Cop: Well, that didn’t take long. Gossip Cop reports on the unfortunate event of the media capitalizing on Kate Middleton’s pregnancy: “Kate Middleton was victimized by a radio hoax in which two Australian radio hosts prank called London’s King Edward VII hospital pretending to be Queen Elizabeth II and Prince Charles, and tricked a nurse into revealing information about Kate’s condition.On Tuesday, Mel Grieg and Michael Christian of 2Day FM told listeners they’d obtained the hospital’s phone number, and then placed a call inquiring about the Duchess of Cambridge, who’s currently being treated for severe morning sickness called hyperemesis gravidarum. Incredibly, a nurse took the ridiculous phone call as real, and happily provided “The Queen,” “Prince Charles” and their corgis with a detailed status update on Middleton. The facility has apologized for the breach in confidentiality.” Read on here. 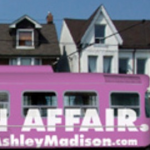 From Geekosystem: New research shows that if you’re in a relationship and thinking about cheating on your significant other, you probably will have more success at it if you are female. Reports Geekosystem, “Cheating men may have reason to nervous that their significant others know what they’re getting into on the side, while women engaging in flings could have an easier time hiding their indiscretions from their mate. That’s according to a recent study from the University of Western Australia. Published this week in the journal Biology Letters, the study found that women were reasonably accurate at determining how faithful a man had been in his life just by looking at his face. Men in the same study, meanwhile, showed no such skill, thereby living up to the stereotype that we’re never paying attention to anything. Way to go, dudes. Cheating, it turns out, is literally written all over a man’s face.” Read more here. 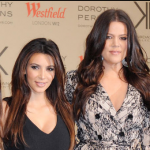 From Styleite: The Kardashian family can’t seem to stay away from kontroversy… their clothing line has landed them in legal trouble yet again, reports Styleite: “There’s no question that the Kardashians love the letter ‘k’, but it’s that very letter that is gettingKim, Kourtney, and Khloé into serious legal trouble. The trio’s newest venture, Khroma Beauty, has been slapped with a lawsuit from Kroma Makeup, and has received a major complaint from Chroma Makeup Studio. And so begins the Khroma vs. Kroma vs. Chroma smackdown. Here’s a primer on all three companies: The Kardashian’s Khroma Beauty line is licensed by Boldface Licensing + Branding, Kroma Makeup is an eight-year-old cosmetics brand owned by Lee Tillett Inc., and Chroma Makeup Studio is a 12-year-old Beverly Hills studio and brand.” For more details on what’s happening, read here. 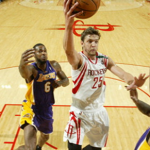 From SportsGrid: Last night was probably not a good night for you if you are a Los Angeles Lakers fan. Sportsgrid explains the team lost in “agonizing fashion,” “blowing a 13-point fourth quarter lead in a 107-105 loss to the Rockets. Which player do you think keyed the Rockets’ win? You guessed Greg Smith, right? Of course you guessed Greg Smith. He’s the best player in basketball. Or at least that’s how the Lakers made him look: Smith posted 21 points, nine rebounds and two blocks in just 24 minutes last night, and fellow Rockets reserve Toney Douglas had 22. In all, the Rockets’ bench outscored the Lakers’ subs 59-20. As for the Lakers, Kobe had a stat line tailor-made for anyone who likes to make fun of Kobe’s ball-dominating: 39 points (on 31 shots), two assists. Then again… the Lakers’ non-Kobe-hero-ball offensive options are limited.” Read more of what happened last night in sports here. 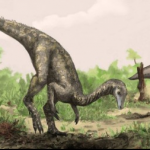 From The Mary Sue: There’s been an epic discovery today — the world’s oldest dinosaur! But where was it found? …A storage closet. The Mary Sue explains, “The oldest dinosaur in the world has been found, but paleontologists didn’t discover the fossil (y’see, because it’s really, really old and also because it’s a literal fossil… oh, shut up, I haven’t had my mocha yet) at some Jurassic Park-esque dig. Nope. It had just been squirreled away in a closet for some 50-odd years. In the store room the Natural History Museum in London, to be exact. The remains were dug up in Tanzania in the mid-1930s and were studied for several decades before being put into storage. Recent study dates the new species, called Nyasasaurus parringtoni, at between 247 million and 235 million years old, making it between 10 and 15 million years older than the next-oldest dinosaur we know about.” Read more here. 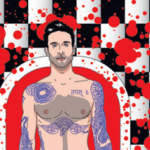 From The Jane Dough: Honey Boo Boo has a new enemy, and it’s probably not who you’d expect. Reports The Jane Dough, “Alana Thompson, or “Honey Boo Boo” to her family and the public at large, is a bit bratty, preternaturally adorable, and has struck it rich before the age of ten. There are plenty of reasons to love her or hate her, but is she really representative of the “decay of Western civilization”? She certainly is according to the antidote to the decay of Western civilization, Adam Levine, who went from frontman of Maroon 5 to pop rock snob with his turn as a judge on the talent show The Voice. He had some harsh words for the reality star in an interview withGQ, but was he being fair? Here’s what he had to say: ‘That show is literally The. Worst. Thing. That’s. Ever. Happened.'” Wow, Adam! Read on here. 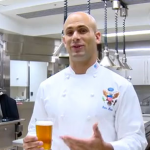 From The Braiser: A lot of people care about how the White House brews its beer. How many you ask? The Braiser answers, “It’s nearly a month and a half until Barack “I OWN Social Media”Obama is sworn in for his second term, so the unofficial food stalkers at Obama Foodorama compiled a list of the White House’s most-viewedYouTube videos related to food. (Did you remember that the Obama Administration basically invented presidential YouTube-ing? Man, 2008 was so long ago.) Topping the list, at 510,231 views (as of this post): the infamous video about the White House Honey Ale, wherein Sam Kass taught us that the President likes to brew his own beer, like a peasant. After it was revealed that Obama carried a case of his home-brewed beer with him on the campaign trail (and an online petition begged him to reveal his recipe), Kass not only released the recipe, but also walked people through its production” Read more here.