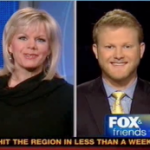 From Mediaite: As the fiscal cliff continues to approach, political pundits continue to hash out where the blame will lie. Reports Mediaite, “Fox & Friends kicked off the week with a continuing discussion of the fiscal cliff. Particularly, Gretchen Carlson took a look back at the remarks made on the Sunday shows, which showed that the negotiations thus far have been… less than productive. If the blame game continues, Carlson asked, ‘could the fallout sink one party and elevate the other?’ ‘I’m struck by the fact that Tim Geithner, as Treasury Secretary, is so political in these discussions, and actually calling out Republicans,’ Carlson said. ‘Is that normal?’  He’s on his way out and covering for the president, said Ron Meyer, spokesman for American Majority Action.” Read more here. 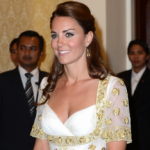 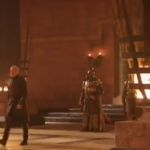 From Geekosystem: The site has something to make your Monday morning better, especially if you’re a Game of Thrones fan. Writes Geekosystem, “Ugh, Monday mornings, right? Yeah, us too. Luckily, we’ve got the cure for what ails you, unless ‘what ails you’ is working a job you hate for reasons you no longer understand, though you know they once seemed crystal clear. Even is that is the case, though, this spanking-new behind the scenes promo that introduces the people, places, and sets of the upcoming third season of Game of Thrones should still manage to get you excited, or at least let you steal away a fleeting moment or two or your day to hold close, to know as really and truly yours, if always too briefly. For the rest of you who are just having a rough time trundling toward wakefulness this morning, we offer it as a short respite from the first rigors of the workday.” Watch the video here. 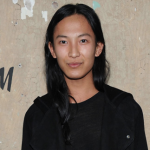 From Styleite: The site follows up on and confirms some fashion rumors they reported on earlier: “It’s official! Last week’s rumors that Alexander Wang will take over for Nicolas Ghesquière at Balenciaga have just been confirmed by the house, reports WWD. Balenciaga CEO Isabelle Guichot cited Wang’s “proven talent, modernity and individual and cosmopolitan vision of design,” as factors leading to the appointment, while François Henri Pinault, head of parent company PPR, expressed confidence that the designer ‘will use his creativity and his own research to reinterpret and immortalize the distinctive, modern and extremely innovative style imposed by Cristóbal Balenciaga.’ Neither mentioned Wang’s commercial power, but, well, we can read between the lines.” Read all about it here. 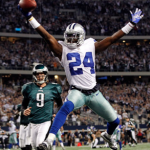 From SportsGrid: Here’s what happened last night in football, in case you had better plans on a Sunday night. Writes the site, “As the Eagles’ losing streak has worn on and on, one of the preferred stats to show just how badly the team is struggling is this: the Phillies have actually won a game more recently than their gridiron city counterparts. Well, one 38-33 Sunday Night Football loss to the Cowboys later – the Eagles’ eighth straight defeat – that still holds true. This was far from the Eagles’ worst game of the year: they actually threatened to win this one, leading 24-17 going into the final quarter. But bad teams find ways to blow games late, and surrendering 21 fourth-quarter points – the last of them thanks to a critical fumble by Bryce Brown, who otherwise played a terrific game – is one of the surest ways to let one slip away.” Read more about yesterday’s sports here. 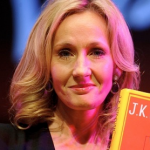 From The Mary Sue: Fans of JK Rowling will be turning to BBC for her latest project, The Mary Sue reports: “Well, that didn’t take long. JK Rowling‘s The Casual Vacancy, a global bestseller and the first adult book by the author, is being adapted for the small screen by the BBC. As of yet there’s no specific information on anyone who will be involved in the projectsave Rowling herself, whom the BBC reports ‘will collaborate closely with the project, with the number and length of the episodes to be decided once the creative adaptation process has formally begun.’ Given the book’s über-British setting—the small village of Pagford, proper and idyllic on the surface but roiling with conflict underneath—it’s no surprise that the BBC would snap it up. Rowling thinks it’s a good fit, too.” Read more here. 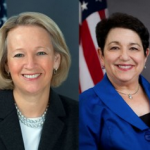 From The Jane Dough: Another stride for women in business! The Jane Dough reports: “The Securities and Exchange Commission is turning into a girl’s club … and we like it. When it was first announced that the head of the SEC, Mary Schapiro, was stepping down, we were kind of bummed. But on the heels of Schapiro’s resignation, it was announced that President Obama would be appointing another woman in her place: Elisse Walter, who was appointed as an SEC commissioner by President Bush in 2008. That made us happy not just because we love seeing women in high places that are traditionally the province of men. (You know, now would be a great time to officially change the title from Chairman to Chairwoman of the SEC.)” Read more details here. 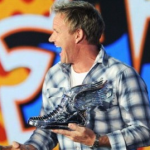 From The Braiser: The site is addressing some foodie rumors involving soccer/underwear-modeling star David Beckham. Writes The Braiser, “If the speculation from Grub Street is true, then this is absolutely how you continue challenging April Bloomfield and Mario Batali after you attempt to trademark the name of their restaurant: bring in an international sports star and sex symbol as your business partner. For example, Gordon Ramsay, he of the airquoted “Spotted Pig”, will soon open a restaurant in London with David Beckham. Speaking on the eve of his last game with the LA Galaxy (and a horrible failed experiment to make professional soccer A Thing in the US),Beckham revealed to The Sun that he and longtime friend Ramsay had ‘something in the pipeline.’ On the other hand, it could totally not be The Spotted Pig, and the possible gastropub could simply be your everyday, run-of-the-mill, joint venture run between two internationally-known British celebrities.” Read more here.