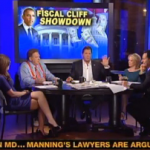 From Mediaite: The Fiscal Cliff is approaching! The Fiscal Cliff is approaching! Should Obama be headed to Hawaii? FOX News weighs in, reports Mediaite: “During a discussion on the looming “fiscal cliff,” Fox News’ The Five debated whether it is appropriate for President Barack Obama to take a multi-week vacation to Hawaii that overlaps with the January 1, 2013 deadline for negotiating a deal to avoid the so-called cliff. Interestingly, conservative co-hosts Brian Kilmeade and Eric Bolling took different positions, with the former arguing that this is normal presidential behavior and that Obama will likely ‘earn’ the long vacation by getting a deal done before he departs for the trip. Accompanied by video footage of President Obama golfing, swimming, beach-walking topless, and eating ice cream, Bolling said that Obama’s Hawaii trip will last, ‘get this,’ from December 17 until January 6.” Read more here. 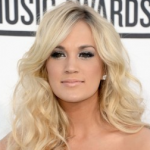 From Gossip Cop: The Sound of Music is getting a remake, and Gossip Cop has the deets on who will star: “Carrie Underwood is set to star as Maria von Trapp in a live television version of “The Sound of Music,” it was announced on Friday. The three-hour TV adaptation of the beloved Rodgers and Hammerstein musical will be broadcast on NBC around the holiday season in 2013. ‘Speaking for everyone at NBC, we couldn’t be happier to have the gifted Carrie Underwood take up the mantle of the great Maria von Trapp,’ said the network’s entertainment chief Robert Greenblatt. ‘She was an iconic woman who will now be played by an iconic artist’ …The 1965 film version of The Sound of Music, starring Julie Andrews, won the Academy Award for Best Picture.” Read more details about the reamake here. 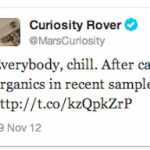 From Geekosystem: As NASA’s Curiosity Rover roves around on Mars, many are holding out hope for signs of life. But there’s been no such luck yet, reports Geekosystem: “NASA has taken it upon itself to make sure we’re not all getting too excited about the possibility of life on Mars, stepping in today to let everyone know that the Curiosity Rover has not found organic molecules — which could indicate the presence of organic life in the planet’s history — on the Red Planet. The space agency felt obliged to clear the air after a lot of folks — yours truly included — got really quite excited over an NPR story that described recent findings by Curiosity’s SAM chemistry module as ‘for the history books. Turns out, our interpretation may have been overselling it a bit. For that, we apologize. It’s just that get get excited sometimes, and hope you understand. NASA will make the official (and yeah, slightly disappointing) update at a press conference next Monday at 9 am PST/noon Eastern.'” For more, including where to livestream that event (hint: Geekosystem), read here. 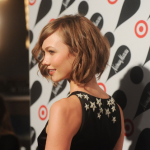 From Styleite: Looking for some holiday gift inspiration? Look no further than Target and model Karlie Kloss, writes Styleite: “What are the holidays for if not to bring people together? And who better to facilitate all this togetherness than the collaboration kings over at Target? That was precisely the spirit last night at the launch party for the retailer’s major holiday collection with Neiman Marcus and the CFDA. Over on the other side of the party, Karlie Kloss, the star of the collection’s campaign towered over the crowd, chatting with Girls‘ Allison Williams and designer Jason Wu, whose navy blue star-spangled dress she chose for the festivities.  ‘I absolutely am going to be doing lots of gifting,’ said the 20-year-old… ‘I’m giving the bicycle to my sister, the yoga mat over there I’m giving to my other sister, and I’m giving one of the Best Friends hats to my best friend.'” Read more about the party here. 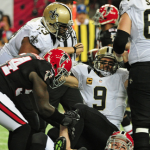 From SportsGrid: Last night was Thursday, which means another week of football began. Here’s what happened, reports Sportsgrid: “Drew Brees is one of the NFL’s great quarterbacks. He’s got a chance to retire as one of the best who ever played the game. One game does not a career – or even season – make, etc., etc. And with all that said: games can’t get much worse for a quarterback than the one he had in a 23-13 loss to the Falcons last night… no touchdowns, five interceptions. It’s the first time Brees has been held touchdown-less in a game since 2009, and the first time he’s been picked off five times, well, ever. And it’s not like these were freak plays: most of the picks were simply mistakes by Brees. The Saints were, for a time, rebounding beautifully from their horrible start, winning five of six. Now, they’re 5-7 on the year, and it looks increasingly likely that for the first time since 2008, they’ll miss the playoffs. Bounty scandal punishments can be rough on a franchise” Read on here. 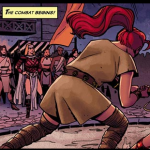 From The Mary Sue: The CW has a new Wonder Woman for television project, and The Mary Sue has the details: “Even though we’re pretty jaded when it comes to Wonder Woman film or television projects, we were hopeful at the prospect of the CW making plans to produce a new series that would feature a young Princess Diana. Some new details about the show, titled Amazon, have surfaced including casting details and the character description of its lead – Iris. Wait? Who? Yeah, they’re calling Wonder Woman Iris.  Interestingly enough, casting directors have been hired even though a pilot has yet to be ordered. That’s sort of the reverse of how things are usually done but you could say the lead actress of Amazon has the weight of Atlas on her shoulders.” Read more here. 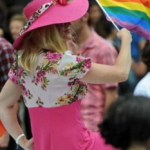 From The Jane Dough: Everything may be coming up roses for gay lawyers, but not so much for women and minorities. The Jane Dough explains: “The Careerist reports that while New York’s gay lawyers are on the up-and-up, increasing their representation from 1.6 percent of all attorneys in 2004 to an all-time high of 3.6 percent in 2011, women and minorities are not seeing anything close to gains. The rate of female lawyers at the associate level has dropped (from 45.1 percent in 2010 to 44.5 percent in 2011) and both women and minorities are leaving firms far before partnership offers are being made, ‘despite efforts to retain diversity of senior associates among new partner promotes.’ The group with the most stagnation is black lawyers: between 2009 and 2011, their numbers declined from 3.4 to 3.1 percent.” Read more details about it here. 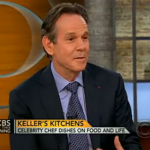 From The Braiser: The Braiser is a site dedicated to covering celebrity chefs, but what exactly does that term mean? Thomas Keller weighs in, reports the site: “Thomas Keller stopped by CBS This Morning to discuss his transition from chef to restaurateur/celebrity, and, while rhapsodizing about things like “commitment” and “total dedication,” he called for new limitations on what it means to be a celebrity chef. Some chefs hate the designation, while others aim for celeb status first, culinary acclaim later. According to Keller, it’s all much simpler than that. Do you forage to compose your menu, and have a deep, close, personal, meaningful relationship with your local farmers while running a successful restaurant? Boom! You should be a celebrity.” Read more of what he had to say here.