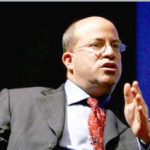 From Mediaite: The site reported yesterday that it was (almost) a sure bet that Jeff Zucker would become the new President of CNN, but today it is official. Writes Mediaite, “The guessing game has finally ended!The CNN Breaking News twitter feed officially announced the news this morning that former NBCUniversal CEO Jeff Zucker will take over as President of CNN Worldwide after current chief Jim Walton vacates the post at the end of this year. Weeks ago, we here at Mediaite made the case for Zucker taking over the highly-coveted gig. We noted that Zucker would be a source controversy, seeing as how when he was CEO of NBC Universal, he drew ire for his poor handling of the Conan-Leno debacle and he oversaw the slipping of NBC’s primetime TV lineup from number-one among broadcast networks to a dismal last place.” Read more about his qualifications here. 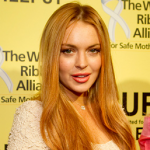 From Gossip Cop: Seems like LiLo’s Liz&Dick comeback attempt didn’t quite work — she was arrested again early this morning. Gossip Cop reports, “Lindsay Lohan was arrested for allegedly assaulting a woman at New York club Avenue on Wednesday night, and now there’s video of the actress being taken into custody.In the clip, police intercept Lohan trying to leave the venue in a black SUV, handcuff her, and then take the star away in a cop car. Lohan is heard repeatedly asking the officers, ‘Are you kidding me?’ As Gossip Cop previously reported, the ‘Liz & Dick’ actress had an argument with a woman at the club before allegedly striking her. She is being charged with assault, which may lead to a violation of her probation.” Read more details and watch the video here. 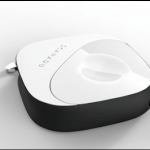 From Geekosystem: Are you looking for a good holiday gift for your hypochondriac friend? Geekosystem may just have the solution: “Think you have a cold but can’t prove it? Sifting through WebMD until you convince yourself you have cancer is so last year. With the soon to be launched Scanadu Scout, you’ll be able to keep track of all your vital signs right through a convenient smartphone app that acts as a grim reminder of your delicate mortality…  One of the contestants in Qualcomm’s Tricorder X Prize, Scanadu plans to release the Scout into the wild as of 2013. The device will allow smartphone users to monitor their pulse, blood pressure, heart electrical activity, and temperature through one handy app that never allows you to forget how close you are to certain death. The company also hopes to launch the ScanaFlu saliva testing device and ScanaFlo urine analysis tool next year.” Read more here. 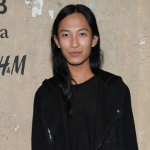 From Styleite: Who will be the new boss at Balenciaga? Styleite reports on the rumors: “With just one more day to go until Nicolas Ghesquière officially vacates his post as creative director at Balenciaga, reports are beginning to pour in that Alexander Wang is poised to fill his shoes. Taking to the New York Times‘ On The Runway blog, Cathy Horyn writes that Wang “appears to be the leading candidate” for the job, and that parent company PPR may make the official announcement as early as next week. Fashionista backs up the rumor, citing a “reliable source” and suggesting that Anna Wintour may have had a hand in the appointment. The Vogue editor reportedly wants to bolster New York Fashion Week’s reputation by placing American designers at the helm of major Paris fashion houses.” Read the full story here. 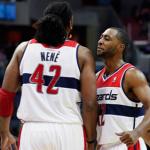 From SportsGrid: Until last night, the Washington Wizards were 0-12. Ouch. But Sportsgrid reports on the game that changed their luck: “The Wizards weren’t getting blown out every night – in fact, they were only routed once, by the Spurs on Monday – but game in, game out, they kept finding ways to lose, and eventually found themselves at 0-12. But since no team of professional basketball players can possibly lose every game, especially when they’ve come as close to winning as the Wizards have (three overtime losses), they were bound to break through eventually, and last night, they did just that, narrowly defeating the Trail Blazers 84-82 and ensuring they won’t challenge any of these teams for ‘worst start in NBA history’ anti-honors.” Read more of what happened here. 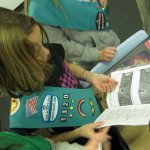 From The Mary Sue: The site is reporting on some of the youngest girl geeks out there — of whom The Mary Sue is a big fan!! Writes the site’s Jill Pantozzi, “If you’re a frequent reader of The Mary Sue, you probably already know we’re a big proponent of women in comics, so when we see a potential next generation being taught the trade, we get very excited. Junior Girl Scouts of America Gables Elementary Troop 1320 eared their Drawing Badge at a recent visit to the Comics Library at Ohio State University where they learned about self-publishing, had a history lesson on women in comics, and created their own mini-comic books!” Take a look at process and product of creating those comic books here. 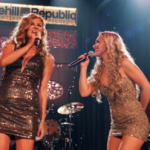 From The Jane Dough: Have you been enthralled in ABC’s latest drama Nashville? So has The Jane Dough, and they’re recapping last night’s episode for you: “This week, Nashville made a very smart choice — the show put Rayna James and Juliette Barnes into a situation where they had to write, fight and perform together, and the show was all the better for it. Make them go on tour together! Make them write an album together! Fortunately, it looks like the label has the same idea. In order to rehabilitate Juliette’s image further, her team decides to have her perform at the label’s anniversary concert at the hallowed Ryman Auditorium. The only catch is they want to pair her with the upstanding and scandal-free (so far) Rayna for an extra boost of cred.” Read on here. 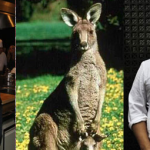 From The Braiser: Having steak for dinner tonight? How about some kangaroo instead? The Braiser explains, “Serving kangaroo only became legal in Australia in 1993, and the hesitation to eat it wasn’t because they’re the most bouncy, trouncy, flouncy, pouncy, funfunfunfunfun creatures that exist outside of cartoons. Rather, it was because Australians prefer serving kangaroo meat as pet food. We know. Rene Redzepi was just as shocked as you are right now. He andDavid Chang were in Australia for a Margaret River Gourmet Escape, and they chatted with Bon Appetit about de-stigmatizing kangaroo meat down under. ‘Getting it as a regular meat on a consistent basis is very difficult,’ Chang explained of the lack of reliable kangaroo ranchers. ‘It is still something that I feel the greater Australian dining public doesn’t want on their plate necessarily.'” Read more about why here.