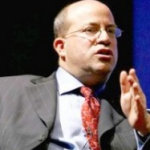 From Mediaite: As CNN President Jim Walton prepares to leave the network, who will replace him? Mediaite has the answer: “Former NBCUniversal chief executive Jeff Zucker will be named the next president of CNN, according to new report from The New York Times. This comes about a month and a half after Mediaite reported that the “chattering classes” in the media elite believed Zucker would get the coveted job. CNN has been searching for a new president for roughly four months to replace outgoing president Jim Walton. While many names have come and gone, Zucker’s has remained near the top since day one… Zucker who worked at NBC for 25 years, and left NBC shortly after it was acquired by Comcast in 2010 fits that bill.” Read more here. 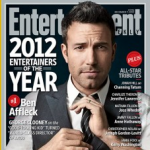 From Gossip Cop: As 2012 comes to a close, the awards begin to roll in. Today, the winner is Ben Affleck. Writes Gossip Cop, “On Wednesday, the Argo actor and director was named Entertainment Weekly’s 2012 ‘Entertainer of the Year.’ Affleck tells the magazine, ‘When you’re younger and have the early success that I had — it sounds like the worst Hallmark cliche — but I didn’t have anyone to share it with. I don’t mean I wanted someone to sit by the fire with. But when you have a family and children, you kind of see yourself reflected in them,’ he continues. ‘I want to make the kinds of movies that my kids are proud of. I have higher standards, in a way, for them.’ And fellow A-lister and Argo producer George Clooney pays tribute to Affleck in the mag, saying, ‘Hollywood loves a comeback, and he’s an unbelievable comeback kid.'” Read more details here. 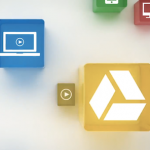 From Geekosystem: Ever tried to attach a file to an e-mail and found it was too big? Google is working to fix that problems, reports Geekosystem: “Google is all about combining their services. Sometimes that’s frustrating, but sometimes it’s actually pretty convenient. Like when Google makes sending 10 GB email attachments possible by combining Gmail and Google Drive. By making their email and cloud storage services work together, Google has made sending files via email useful again. Get ready to start spamming your friends with extended director’s cut version of your cat videos. Google claims the new feature they’re offering will allow users to send attachments 400 times larger than the previous limit. If our math works out, the previous limit was 25 MB. That greatly limits the files you could send through email.” Read the full story here. 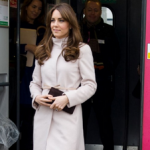 From Styleite: The Duchess of Cambridge headed to Cambridge — and what did she wear for the occasion? Writes Styleite, “Kate Middleton and Prince William made their first official trip to Cambridge since their wedding, and, of course, the Duchess was dressed perfectly for the occasion. Kate wore a light pink Max Mara coat with a dainty bow belt, printed dress (which we sadly can’t see too clearly in the pictures), dark tights, and repeat brown suede ankle booties from Aquatalia. We still can’t get over her awesome ’70s-esque fringe! The wool and cashmere blend “Solange” coat retails for $1,896 and includes a detachable fur collar, which Kate obviously ditched for a more minimal look. The piece is sold out at some retailers, but those who wear a US size 12 or 14 are in luck because a few are still available at Matches and Far Fetch.” See pictures here. 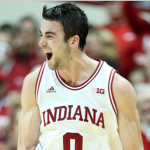 From SportsGrid: Last night was a really good night for the state of Indiana, at least in the world of sports (and specifically basketball). Explains Sportsgrid, “The Hoosiers are No. 1 for a reason. OK, maybe North Carolina isn’t great right now, but beating a team full of former hotshot recruits coached by one of the most successful guys in college basketball by 24, as top-ranked Indiana did in thrashing the Tar Heels 83-59 last night, is nothing to sneeze at all the same. Indiana got contributions from all over the place, starting with Cody Zeller, who tormented his brother’s alma mater and showed why he’s a favorite for national player of the year with 20 points, eight rebounds, and four blocks. Guard Jordan Hulls scored 13 while adding eights assists and – this is probably the most impressive part considering the guy is six feet even – seven rebounds.” Read what else happened here. 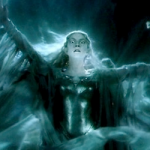 From The Mary Sue: There’s exciting potential casting news regarding a new Cinderella project! Writes The Mary Sue’s Rebecca Pahle, “I’m a bit cynical about the “edgy fairy tale” trend that keeps going around, but this new Cinderella movie Disney’s planning miiiiight just have gotten my vote of confidence. Why, you ask? Two words: Cate. Blanchett. Nothing’s official yet, but The Wrap is reporting that Blanchett is in talks to play the evil stepmother in Disney’s ‘Untitled Cinderella Story.’ YES. PLEASE. The possibility of Blanchett-as-evil-stepmother is the first casting news we’ve gotten from the film, which is being directed by Mark Romanek, director of the excellent Never Let Me Go, and written by Chris Weitz, who penned The Golden Compass and About a Boy.” Read more details here. 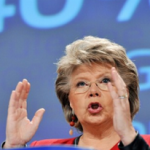 From The Jane Dough:  How do we get more women into business? Is the answer quotas? The Jane Dough reports, “There is a proposal circulating through the European commission this month to mandate that at least 40% of non-executive members on corporate boards be female. The proposal has been led by the EU’s justice commissioner Viviane Reding, who is pushing for a more gender representative board makeup for public and private companies by 2018 and 2020, respectively. From The Wall Street Journal: ‘The proposal focuses on the procedure that companies use to select board members.If a company has made sufficient efforts to promote women to senior positions, it may not face sanctions, even if it falls short of the goal, according to the proposal. In cases of equally qualified candidates, companies will have to give the advantage to the underrepresented gender—usually women.'” Read on here. 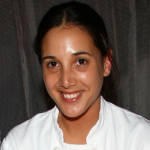 From The Braiser: A Top Chef restaurant may need to make some changes. The Braiser reports, “You may remember Leah Cohen as the Kristen Stewart of Top Chef: New York, having been embroiled in Top Chef’s only sex scandal ever (except forMorgan Wilson’s actual kiddie porn indictment), where, after a season-long flirtation, Leah cheated on her boyfriend at the time by making out with eventual winner Hosea Rosenberg (who was also cheating on hisgirlfriend at the time), thus making the rest of the competition awkward and awful for everyone. But from the ashes, a publicly humiliated Top Cheftestant rose to open her own, critically-deemed delicious restaurant in New York. Cheers, Leah! Now fire your waitstaff. At least, that’s the advice she’s getting from her Village Voice review.” Find out why here.