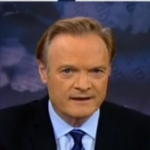 Good grief: Mediaite has a clip in which Lawrence O’Donnell responds to Mike Huckabee’s contention that Obama “grew up in Kenya.” Though the move was a bad one for Huckabee if he wants to be taken seriously as a presidential candidate, it did give O’Donnell a chance to regulate, so I guess we’re all winners? Watch the clip here. 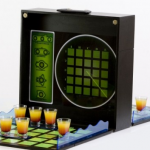 Geekosystem has good news for people with drinking problems: there is now a “Battleship”-inspired drinking game, in which shots replace the ships on the board. Seems like an all-around perfect idea, except that the board is so small and the barrier so low cheating would be pretty darn easy. And also people should probably not drink seven shots in a single game. Get the full post here. 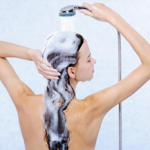 On Styleite today: stop washing your hair! Seriously, stop it.

Sportsgrid reports that David Beckham has a new tattoo! It’s Jesus surrounded by 3 cherubs, and if that’s not weird enough for you, Beckham explains in an interview that the Jesus tat also symbolizes…himself. And his three sons. Supporting him. It also apparently covers the entire left side of his chest. A lot of good decisions happening at all at once, people! To watch the clip, click here. 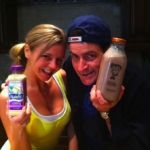 Oh, good! Gossip Cop informs us that Charlie Sheen is now on Twitter, because if there’s one thing that he lacked up until now, it was a platform from which he could fully express himself. His first tweet was “Winning..! Choose your Vice… #winning#chooseyourvice,” making him part of his own meme in a weird pop culture Möbius strip kind of way. Then the internet exploded. Too much? Get the full post here. 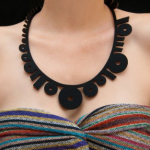 Cool! The Mary Sue brings us a line of binary-inspired jewelry made by artist Mariaeife from pieces of laser-cut felt. Check them out here.