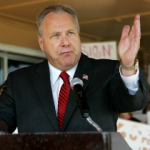 From Mediaite: In this years’ presidential election, Florida proved again to be a contested ground. Today, an ex-GOP chair shares why: reports Mediaite, “Former head of the Florida Republican Party, Jim Greer, made a statement Tuesday claiming the goal of Republican-backed changes in voting hours was specifically to suppress the vote among supporters of President Barack Obama. Greer told the Palm Beach Post, ‘The Republican Party, the strategists, the consultants, they firmly believe that early voting is bad for Republican Party candidates.’ Greer claimed, ‘It’s done for one reason and one reason only…‘We’ve got to cut down on early voting because early voting is not good for us.’'” Read more here. 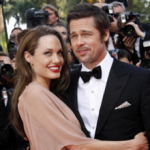 From Gossip Cop: How soon will the highly-anticipated Brangelina wedding happen? Gossip Cop has the answers: “Brad Pitt and Angelina Jolie’s nuptials are coming. After years of speculation among fans and rumors in the tabloids, it appears the power couple might finally tie the knot in the not-distant future. ‘I am getting more pressure from my kids, and it is something I want to do within their lifetimes, but I also feel like the time has come,’ Pitt told reporters at the Monday premiere of Killing Them Softly. He continued, ‘The time is nigh. It’s soon. I got a good feeling about it.’ That said, there is not an actual wedding date yet — at least not one Pitt is prepared to divulge. The star explained that with his and Jolie’s schedules being so full, finding a convenient time to get married is difficult.” Read on here. 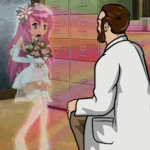 From Geekosystem: Here’s a tech-related story you don’t hear everyday: a man inviting his virtual girlfriend to his wedding to his real-life bride. Reports Geekosystem, “When a Japanese couple decided to tie the knot recently, they wanted everyone who was important in their life to be on hand to share in their joyous day. One catch — for the groom, those important people included NeNe Anegasaki, his virtual girlfriend in the Nintendo DS dating sim Love Plus. The perfectly charming piece of software even had a place set for her at the wedding, so that everyone on hand could meet her. If that seems like an idea that can pretty much only end badly, congratulations, because you are a person with common sense.” Read the full story here. 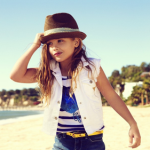 From Styleite: A celebrity baby is stepping into the spotlight on her own. Styleite reports, “Dannielynn Birkhead is an undeniably adorable kid.Now, however, she’s set to be a professionally adorable kid, as one of the faces of the GUESS? kids Spring 2013 campaign. This would be the end of the story, were it not for her mother Anna Nicole Smith‘s legendary history with the brand. ‘Dannielynn has the same playful spirit that her mother had on a set,’ Paul Marciano, Creative Director for GUESS?, Inc says in a press release. ‘She is a second-generation GUESS girl, which makes this campaign a first for us.’ But while we want to see the ads as just a cute kid having fun in front of a camera, we can’t help but be reminded of the numerous family tragedies that the association digs up.” Read more here. 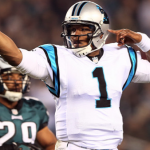 From SportsGrid: Holy Cam Newton! SportsGrid is filling you in on the Monday Night Football you missed last night: “And then… 2011 Cam Newton rode again. Aided by an Eagles team that, again, cannot do anything right, Newton completed 18 of 28 passes for two touchdowns, and ran 14 times for 52 yards and two more scores. What’s more, he didn’t turn it over once, an that performance spurred the Panthers to a 30-22 win. 2012′s mostly been a disappointment for Newton, and we as fans are now paying more attention to our shiny new quarterbacking toys named Andrew Luck and Robert Griffin III, but last night’s showing proved we underestimate Newton at our peril. He’s still young, and has plenty of time to become an elite player. If he does, the NFL as a whole will be better for it.” Read the whole recap here. 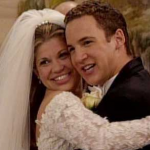 From The Mary Sue: Attention, Boy Meets World fans! Your dreams are now true and official! Writes The Mary Sue’s Jill Pantozzi, “When we found out Disney was working on a sequel series to the 90s sitcom Boy Meets WorldI just about blew a gasket. Normally I’d balk at such an idea but the plan was to revolve the story around Cory and Topenga’s daughter and call it Girl Meets World. And they were trying to attach the original stars, Ben Savage and Danielle Fishel. All that I could get behind but now it’s time to rejoice without fear of jinxing ourselves – Savage and Fishel are in!! Both actors have had steady work since their tenure on Boy Meets World but this will be an extra special occasion for both themselves and fans. TV Line, the ones who broke he original story, were also the ones to report the stars signing on.” Read on here. 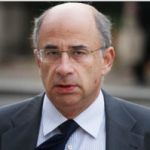 From The Jane Dough: Can and should the government regulate sexism in the media? The U.K. is trying to set that example. The Jane Dough explains, “A growing concern about public safety and coverage of sexually based offenses has caused a bit of an uproar in the U.K., and four women’s organizations have begun insisting on regulations for sexist coverage in the media. The coalition took it upon themselves first to execute an experiment, led by Lord Justice Leveson and reported on by the Guardian, of monitoring 11 national newspapers beginning in September 2012. They collected 1,300+ features and images that featured sexism towards women, especially detailed and nearly eroticized descriptions of violent crime. The coalition since has written a letter to Prime Minister David Cameron to ask for his his support of a ‘new era’ of newspaper rules, rules which will combat the ‘rape culture”’ hey believe permeates their media.” Read all about it here. 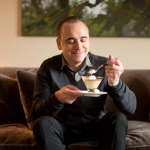 From The Braiser: If you were flooded out by Hurricane Sandy or are planning to travel soon for the holidays, here’s how you get the best room service: reports The Braiser, ” First, be part owner of a posh hotel in the Upper East Side. Second, own the restaurant in said posh hotel. Third, leverage this to get the best room service in the world. There’s only one person who can really have that experience, then. After his apartment above his Perry Street restaurant became uninhabitable, Jean-Georges Vongerichten moved to The Mark Hotel, where he is currently staying and where he also has (surprise, surprise) another restaurant which provides room service for the entire building. A writer from Bon Appetit had a slumber party with Vongerichten and his family in their two-bedroom suite at the hotel, where he learned, among other things, what having your own restaurant providing you room service actually means.” Read the story here.