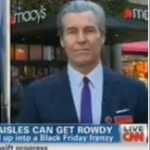 From Mediaite: Today is the infamous day after Thanksgiving: Black Friday. And here’s what the Macy’s CEO has to say about the crowds at his stores today: reports Mediaite, “It’s Black Friday, which means two things for cable news: an endless loop of unhinged shopper b-roll, and segment after segment of infomercials masquerading as retail executive “interviews” (with occasional real news mixed in). On CNN’s Starting Point Friday morning, anchor Alina Cho interviewed Macy’s CEO Terry Lundgren on such hard-hitting topics as ‘What are some of your best deals at Macy’s this holiday season,’ but when she asked Lundgren about some of the misbehavior at retail stores on Black Friday, his response seemed to be a backhanded shot at customers of retailers who fallute at a lower altitude than Macy’s. ‘We haven’t had any problems,’ Lundgren responded, adding ‘I don’t know what that means exactly in terms of the crowd that we attract.'” Read more here. 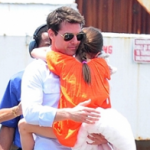 From Gossip Cop: How did one of the most chronicled celebrity babies, Suri Cruise, spend yesterday’s holiday? Gossip Cop writes, “Suri Cruise was reunited with Tom on Thanksgiving, according to multiple reports.The six-year-old is said to have flown to England to spend the holiday with her dad, who is filming All You Need is Kill in London. Katie Holmes, meanwhile, went solo to see her family in Ohio. The last time Cruise was photographed with Suriwas in July. Despite nasty tabloid stories to the contrary, the movie star has been in close contact with his daughter while he works abroad. Gossip Cop has reached out to a rep for Cruise to more details on his London holiday with Suri.” Read the whole article here. 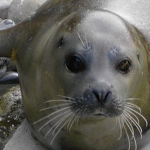 From Geekosystem: What if yesterday, as you celebrated Thanksgiving, you had been a Viking? What would you have eaten? Geekosystem has the answer: “Be glad you’re not a viking, because those folks had to eat a whole lot of tough, blubbery seal meat — up to 80% of their regular calorie intake — to survive. If anyone was planning on making their first million marketing The Viking Diet Plan…it might be time to let that dream die, because the viking diet was apparently vile. While it may come as a surprise to those in the audience — like us — who just assumed the viking diet was ale, battle, and the hearts of your fallen enemies, the ancient Norse largely considered themselves an agrarian people, priding themselves and finding their identities in their skill at farming. That is, right up until they settled Greenland, which is probably not the bet place to move if farming is a big deal for you.” Read the full story here. 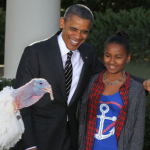 From Styleite: The White House Thanksgiving tradition of pardoning turkeys took place yesterday. How did the first daughters dress for the event? Styleite reports, “Last year, Sasha and Malia Obama wore some pretty snazzy outfits to pardon two turkeys for Thanksgiving at the White House. So, how’d they top the looks this year? To pardon Cobbler and Gobbler (ha!) with their pops today, Sasha layered up in a cobalt tee featuring an anchor print, red plaid button-down, and of course, her favorite heather gray cardigan. She accessorized with simple studs and a sparkly blue collar necklace, and pulled her hair into a high bun. Malia paired a super cool brown leather jacket (which we’re lusting for right now) and a navy printed button-down, and kept her hair down.” Read more and see pictures here. 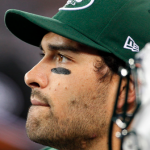 From SportsGrid: In case you were too busy falling asleep from all that turkey, here’s what happened in the third and final football game of Thanksgiving yesterday: The Jets lost to the Patriots in an especially pathetic fashion. Reports Sportsgrid, “Things started out pretty uneventful, believe it or not. The game was a scoreless tie after one quarter – perhaps we were headed for a Jets-Patriots down to the wire rivalry-enhancing classic. Of course, it’s hard to type that with a straight face in hindsight, because then the second quarter happened. The Pats opened the quarter with a three-yard touchdown connection from Tom Brady to Wes Welker. Bummer for the Jets, but they had a chance to answer. They didn’t, and soon the Pats made it 14-0 on an 83-yard Brady-to-Shane-Vereen pass. There was 9:43 left in the half. Things were starting to look bleak for the Jets. And that’s when things got weird.” Read on here. 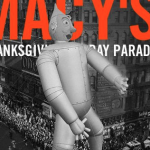 From The Mary Sue: Did you watch the Thanksgiving parade yesterday? The Mary Sue’s Jill Pantozzi’s writes of the tradition: “The Macy’s Thanksgiving Parade has been a part of my life since before I can remember. I’ve always sort of took for granted the unusual nature of this particular American tradition but when you take a step back, you realize how truly odd it is. Since 1924, the department store has enlisted folks to hold on for dear life to giant balloons of pop-culture characters as they pull them down the streets of Manhattan to the awe of (usually) freezing crowds. Having lived in the New York area my entire life, I’m actually kind of ashamed I’ve never gone to see the parade in person but every year, without fail, I watch on TV. Here’s some shots of the parade from yesteryear. Take a moment to consider whether our modern balloons are less, more, or equally bizarre.” See those pictures here. 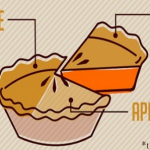 From The Jane Dough: What’s your favorite Thanksgiving dish? Is it the same as the most popular Thanksgiving dish? The Jane Dough writes: “Turkey Day, Thanksgiving Day, or hey ‘A Day Off from Work!’ Day is upon us! [I]t’s all about the feast. Although the array of savory dishes and appetizers in front of you might make it difficult to pick a favorite, the people have eaten, and this Viralheat infographic ranks all the traditional Thanksgiving sides. Are you team pecan pie? Team mashed potatoes?” Here are some hints: 45% of people prefer pumpkin pie, 41% choose apple pie, and a mere 14% choose pecan pie. And when it comes to side dishes, the most popular according to pins on Pinterest is green beans, however, stuffing takes the cake (pie?) with total mentions on social media, beating out mashed potatoes, yams, and green beans. See the full infographic here. 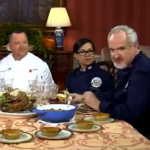 From The Braiser: Thanksgiving is a decidedly American tradition, but some celebrity chefs took time yesterday to explain it to the rest of the world. Reports The Braiser, “As part of the State Department’s global outreach initiative via the American Culinary Corps, Art Smith joined Sam Kass, Cris Comeford, and Museum of the American Indian chef Richard Hetzler on Wednesday’s Live From America! to explain Thanksgiving via the Internet. Demo-ing pies, greens, roasted turkey and gravy from the kitchen of Blair House (the official residence for visiting heads of state), the chefs also answered viewers’ questions about Thanksgiving — from its history, to the current President’s favorite Thanksgiving recipes. (By the way, Kass confirms: Barack Obama really, really, really likes pie.)” Watch the video here.