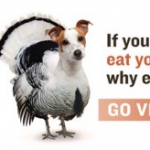 From Mediaite: Turkey Day is tomorrow! Traditionally, the White House celebrates in a turkey-pardoning ceremony (and there’s a great episode of The West Wing about it.) This year, though, they have some strong opposition, reports Mediaite: “It’s Thanksgiving time, and you know what that means! Time for PETA to send a letter to the White House asking that President Obama puts a stop to the annual tradition of pardoning a turkey, and even going so far as to compare the rights of turkeys to the rights of oppressed minorities. PETA sent out a letter to the Obama administration earlier today saying that the turkey-pardoning ceremony ‘makes light of the mass slaughter of some 46 million gentle, intelligent birds.’ PETA president Ingrid Newkirk says this is the first time they have ever directly petitioned the White House about the ceremony itself.” Read more here. 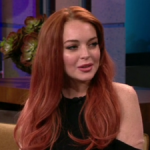 From Gossip Cop: Last night Lindsay Lohan talked Thanksgiving with Jay Leno as she continued to make the rounds to promote her new Lifetime movie Liz & Dick. Writes Gossip Cop, Lindsay Lohan made her much-anticipated appearance on ‘The Tonight Show with Jay Leno’ on Tuesday, after canceling on Barbara Walters, visiting “Good Morning America,” and making an interview-free cameo with Jimmy Fallon. The troubled “Liz & Dick” actress appeared in a cold open segment to start the show before sitting down with Leno for a chat that managed to incorporate Honey Boo Boo, Tim Tebow, Thanksgiving, and her dadMichael’s love child. She also addressed the Walters controversy, telling Leno she’s a ‘big fan’ of the legendary interviewer but that ‘the timing wasn’t right, right now.'” Read more here. 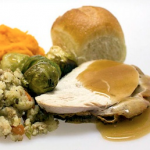 From Geekosystem: Are you headed to a Thanksgiving party tomorrow and totally stressed about what to bring? Well, fear no longer because the geeks of Geekosystem present you “Thanksgiving Grub for the Culinarily Impaired or: How I Learned to Stop Worrying and Bring a Side.” They write, “We’ve all faced the dilemma of attending Thanksgiving and being totally unprepared to bring a side dish, for any number of reasons. Maybe you’re working like ten dogs to clear your desk before the long weekend. Maybe you don’t want to do the disrespect of competing your mother-in-law’s famous mashed potatoes. Maybe you’re just not much of a cook. There’s no shame in any of those scenarios. There is, however, an undying shame in showing up to Thanksgiving dinner empty-handed.” Check out their suggested solutions here. 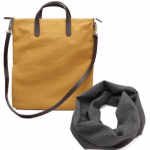 From Styleite: Thanksgiving may be tomorrow, but much more important to Styleite is the following day: Black Friday. Writes the site, “As much as we love getting a deal, we just can’t stand waiting out in inclement weather on Black Friday. That’s why we normally sit tight until Cyber Monday but thankfully, retailers like Mackage,A|X Armani Exchange, and Gap are discounting their online goods even before Monday. Online shoppers can score deep discounts on wardrobe essentials (OK, fine: non-essentials), cold weather outerwear, and dazzling bijoux without having to brave the cold or crowds. The added incentive of free shipping doesn’t hurt either.” For a list of those deals, from the prettiest blouse from Armani to deals on Piperlime pants, read more here. 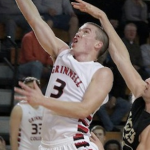 From SportsGrid: Having a hard time making it through the work day until turkey time celebrations? The men of SportsGrid present you some impressive stats to motivate you and power you through your day. They write: Blink a few times, rub your eyes, have a double-take or five, do what you need to do before you can finally believe that what you’re about to see before you is true. Here we go: Taylor, a 5-10 sophomore, scored 138 points to set an NCAA single-game scoring record. Taylor made 52 of 108 shots from the field, including 27 of 71 from 3-point range. He made 7 of 10 free throws. He managed all this in just 35 minutes of play. Ladies and gentlemen, Jack Taylor of Grinnell College. And what have you done with your life?” Read the story here. 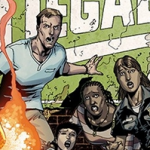 From The Mary Sue: As tomorrow’s holiday approaches, the staff of The Mary Sue takes time to think (and write) about eight things they’re thankful for this year. What’s one? Comics on Kickstarter. They write, “Last year there was one lady-oriented Kickstarter comic project that we were hearing about, and that was Womanthology, still one of the most successful comics projects in Kickstarter history. This year there are four that are on our radar, and we await most of them with much anticipation. The other ones, naturally, are already out. Leaving Megalopolis was the blockbuster project that reunited the team behind Gail Simone‘s run on Secret Six for a completely original superhero story. The art coming out of this one is already great, and with Ms. Simone behind the words, we can’t wait to get our hands on it. We’re very thankful that industry contracts allowed these professional artists to get such a weird project going.” Read the others here. 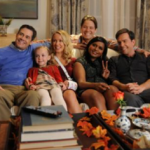 From The Jane Dough: Thanskgiving means Thanksgiving episodes of television, and The Jane Dough is recapping this week’s holiday-themed The Mindy Project. Writes the site, “This episode was Thanksgiving-themed, which was nice since it provided each major character with a built-in storyline. Let’s break them down: Mindy is having dinner entirely made on a panini press (it’s as weird and gross as it sounds) that her boyfriend Josh cooked for her, when talk turns to his upcoming time on the road… Jeremy is going home for Thanksgiving with Betsy to Stereotype Small Town America, USA, for reasons unknown… Finally we have Danny, who tells everyone he has plans on Thanksgiving…which turn out to be hanging out at the office by himself, luxuriating in the quietude. Oh, he is also, hilariously, teaching himself to play ‘Piano Man.’ He seems really content with his day, actually.” For more about each storyline, read here. 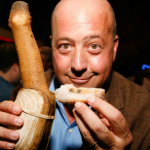 From The Braiser: Andrew Zimmern is just one chef celebrating Thanksgiving. Reports The Braiser, “‘So, why do you think Black Friday is racist?’ Thus begins the Thanksgiving installment of Go Fork Yourself. Andrew Zimmern finds that calling it ‘Black Friday’ marginalizes a whole group of people by associating them with an unpleasant experience, which is why he’s issuing a call to rename it ‘Bi-curious Friday, where everyone can be as bi-curious as they want while spending money.’ That way it’s inclusive, see? Andrew Zimmern has all the answers. Of course, Andrew and his trusty sidekick Molly Mogren also discuss their Thanksgiving plans, traditions, and dishes. Molly, for example, skipped Thanksgiving at Grandma Mogren’s house the past two years in favor of spending it with her significant other Josh and his family, which is completely hilarious (no, seriously, she cracks up laughing), because Grandma Mogren died this year! …Yeah, Go Fork Yourself gets dark sometimes.” Read on here.