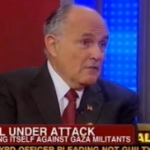 From Mediaite: As the violence between Israel and Gaza escalates, Rudy Guiliani shares his opinion. Reports Mediaite, “Former New York City mayor Rudy Giuliani stopped by Fox & Friends‘ curvy coach Tuesday morning, where he weighed in on the mounting violence in Gaza as well as the intel surrounding the attack on Benghazi. ‘This seems to me, this is without doubt a proxy war,” he told the show’s hosts. “This is Iran getting the Palestinians to try to push the envelope as much as possible. It’s Israel trying to prepare itself for if they have to take action against Iran.’ There are three options right now for Iran, he continued.” Read what those are here. 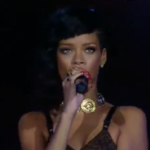 From Gossip Cop: Rihanna can’t seem to stay out of the headlines, and her recent 777 tour has been predictably packed with drama. Writes Gossip Cop, “Just hours after a naked man went streaking through her private plane in Berlin, the singer cursed out her band on stage during a concert in London. Rihanna, who’s performing in seven different countries over seven days to celebrate the release of her ‘Unapologetic’ album, abruptly stopped singing “Where Have You Been” and confronted her band for technical problems. The star ranted, ‘Alright, what the f**k. Stop this sh*t. What the f**k is that?’ She continued, ‘Why is the track off from the band? This is the bullsh*t we deal with when we are just doing a random rock and roll tour with no rehearsal and sh*t. I apologize for everyone [live streaming] at home… We are going to start this one again from the top,’ she told the audience.” Read on here. 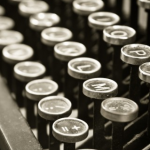 From Geekosystem: As technology continues to innovate and advance, it’s the end of an era for one now antiquated machine: the typewriter. Writes Geekosystem, “The world of technology moves at a fast pace. Previous inventions and innovations are made redundant or considered outdated almost as fast as we can pump them out. That doesn’t mean that some advances don’t stick around for a while, but the typewriter is one that’s been lingering since the widespread adoption of the computer. It’s like an old family dog: Full of good memories, and a stalwart compatriot in the past, but it’s more or less been dead for years.Brother, the last manufacturer of typewriters in the United Kingdom, has finally ceased production. The final typewriter from Brother’s U.K. factory was donated to London’s Science Museum, because it’s more or less the end of an era.” Read more here. 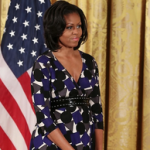 From Styleite: Where did Michelle Obama get her latest stunning ensemble? Nowhere other than her own closet! Reports Styleite, “Michelle Obama might have been supporting the President’s Committee on the Arts and the Humanities‘ education initiatives yesterday at a White House awards ceremony, but she managed to pay lip service to mathematics, too, with her geometric-print dress by Zero + Maria Cornejo. The FLOTUS, ever the intrepid closet shopper, last wore the indigo, cream, and gray patterned frock to a dinner she hosted for the G20 Summit spouses in 2009. This time, however, she stepped up her accessories game, swapping in her patent leather Alaïa belt, perfectly-manicured dark nails, and a very enviable pair of black ankle strap pumps with an almond toe and low heel.” See photos here. 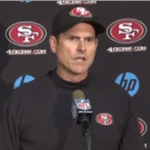 From SportsGrid: After last night’s Monday Night Football game between the San Francisco 49ers and the Chicago Bears, there’s a bit of a quarterback controversy. SportsGrid explains, “We’ve already devoted quite a bit of space here to praising the job Colin Kaepernick did quarterbacking the 49ers to a huge 32-7 win over the Bears last night. But it bears repeating: he was phenomenal. Used almost entirely as a runner before filling in for an injured Alex Smith last week, Kaepernick picked apart one of the NFL’s best defenses, finishing with 243 yards and two touchdowns through the air while completing 70 percent of his passes… he was so good that speculation about a quarterback controversy in San Francisco began immediately. Maybe you think such talk was premature. That’s fine… but speaking to reporters after the game, it didn’t sound like 49ers coach Jim Harbaugh thought it such an absurd topic to discuss.” Read more here. 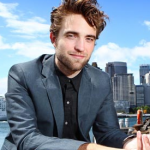 From The Mary Sue: Now that Twilight is over, what does Robert Pattinson want to do next? Star Wars, he says! Writes The Mary Sue, “Robert Pattinson is doing a lot of press these days thanks to the final installment of theTwilight franchise, Breaking Dawn Part 2, being released this past week. Since he’s not actually the biggest fan of anything having to do with Twilight, interviewers take part of their time to ask him other, more interesting questions. For instance, would he be interested in a role in Disney’s Star Wars VII? Yes, yes he would. And he is willing to play anyway. Yes, anyone, even Jar-Jar.  In an interview with The Washington Post, Pattinson was asked whether he’d consider being a part of another franchise considering he’s been in both Harry Potter and Twilight. The answer was yes, though the whole ‘franchise’ thing does concern him as an actor.” Read more here. 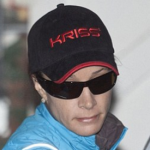 From The Jane Dough: The General Petraeus scandal rages on, but where is General Petraeus in all of it? Writes The Jane Dough, “Who could have guessed a few weeks ago that former Director of the CIA David Petraeus would be at the center of such a salacious scandal? But wait — have you noticed how Petraeus has been curiously shunted to the side in the media coverage of his affair? It’s not his mug covering the tabloids or his emails being reprinted as bold headlines. It’s almost like the Petraeus affair has become the Clinton Allegations 2.0: while Petraeus has gone into hibernation, the two women he cheated on his wife with have became the new preoccupation of empty-calorie news outlets everywhere. Their girl fights and nasty tactics have earned them cover story after cover story, even as Paula Broadwell has claimed to be ‘devastated’ with guilt and shame over the affair.” Read more of what the site has to say here. 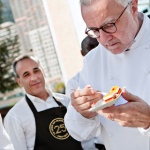 From The Braiser: Who threw the latest megaparty of the culinary world, and where? Reports The Braiser, “If you get to the top of the culinary world, you get to do a bunch of really cool stuff (apart from book deals and fancy parties). But if you’re Alain Ducasse, and you’ve maintained a 3-star Michelin restaurant for 25 years in Monaco, you get to throw the megaparty of the century, and you also get to invite the best chefs in the world. The New York Times also got to fly out to Monaco (obviously) to the 25-year anniversary of Ducasse’s Louis XV, where they caught Rene Redzepi and Magnus Nilssen gawking at the fact that they were invited to a party whose guests held a collective 300 Michelin stars.” Read more here.