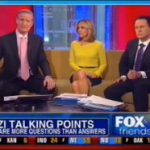 From Mediaite: The fallout from the attacks on Benghazi, Libya continue for the current administration. Today, one Senator weighs in, reports Mediaite: “New Hampshire senator Kelly Ayotte appeared on Fox & Friends Monday morning, where she discussed the shift in talking points regarding the September 11 attack in Benghazi. ‘We know that General Petraeus testified that they knew it was a terrorist attack right away,’ said Ayotte, ‘that Al-Qaeda was involved and that that was removed, those references were removed from the talking points apparently provided to Susan Rice, that she testified that she talked about five days after the attack on every major news network. But here is what’s more troubling: It wasn’t just Susan Rice who did that.'” Read more here. 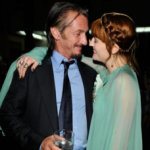 From Gossip Cop: Is there a new celebrity couple alert? Gossip Cop sets the facts straight: “‘Florence Welch is the latest younger woman to have caught the eye of actor Sean Penn,’ begins a piece from the Daily Mail. According to the paper, the Florence + the Machine singer recently met Penn at a Gucci charity event in L.A., and ‘they hit it off instantly.’ One so-called ‘insider’ tells the tab, ‘Sean was flirting with her all evening and they got along like a house on fire.’ (Nice made up quote.) Penn was allegedly so smitten that he ‘asked to meet up with her again,’ claims the supposed source. So, when should we expect these two to step out as a new couple? Don’t hold your breath. Gossip Cop checked with a source close to Penn, who tells us the story is totally ‘exaggerated.'” Read all about it here. 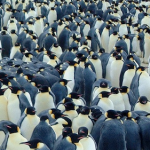 From Geekosystem: It’s getting colder outside these days – which means it’s time for news about penguins and cuddling, and also penguins cuddling. Reports Geekosystem, “Sharing isn’t always caring, it would seem. In penguins, for example, effective sharing seems to be the result of being kind of a jerk. Researchers investigating the physics of how penguins share warmth by huddling together on particularly cold Antarctic days found that each penguin is trying only to maximize the heat it retains while snuggling with its colleagues, but that the result is an egalitarian cuddle pile in which every penguin has more or less the same access to warmth. In other more important news, there are researchers working hard on revealing the science behind penguin snuggling, because hooray for science.” Read the full story here. 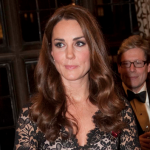 From Styleite: Is Kate Middleton going Kardashian? Styleite explains, “Even if her name does start with a “K”, Kate Middleton is pretty much the last person on earth we’d ever expect to be associated with the Kardashian Klan. Kim, however, apparently wanted to give the Duchess a piece of the family empire while she was in London promoting her new line for UK retailer Dorothy Perkins. According to the Daily Mail, the reality star sent over a package of gifted duds, only to have the box sent right back. Guess even with Kate’s high-low ethos the Kardashian Kollection doesn’t quite fit in with a wardrobe of Temperley and Alexander McQueen? Plus, there’s the whole issue of the Duke and Duchess’ standing policy not to accept any unsolicited gifts unless they know the sender personally, no doubt because otherwise they’d end up with a palace full of creepy crafts.” Read more here. 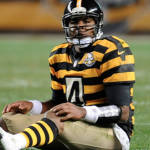 From SportsGrid: Catching you up on yesterday in sports – an NFL Sunday with some NBA, too – SportsGrid writes, “Ravens-Steelers is one of the most heated rivalries in today’s NFL, and last night’s game was exceptionally Ravens-Steelers-y: potential playoff position was on the line, tons of big hitting… and brutally ugly football. The Ravens escaped with 13-10 win despite gaining only 200 yards of offense. Their lone touchdown came on a Jacoby Jones punt return. Ray Rice was held to 40 yards on 20 carries… It was a good night for stars: Kevin Durant and Kobe Bryant both recorded triple doubles. Both their teams won, too: Durant’s Thunder over the Warriors, and Kobe’s Lakers over the Rockets. Dwight Howard added 28 points and 13 rebounds in the latter game: are the now 5-5 Lakers pulling it together? Seems that way.” Read more about what happened, including college basketball, here. 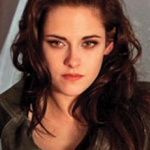 From The Mary Sue: This weekend’s opening of Twilight: Breaking Dawn made box office history for females. The Mary Sue explains: “There’s been a lot of talk about how Hollywood doesn’t believe female-led films will make money at the box office and that’s why so few are made. This year not only proved them wrong, it proved them wrong in a big way. Lionsgate has done something no movie studio has ever done before – in 2012, they had two films both make over $125 million in North American theaters. The films? The Hunger Games and Twilight: Breaking Dawn Part 2.  On January 13, 2012 Lionsgate acquired the house that Twilight built, Summit Entertainment. While Summit still exists as a subsidiary, it’s accomplishments now go to Lionsgate. Since it’s release, Breaking Dawn has made $141.3 million domestically while The Hunger Games took in $152.5 million on its opening weekend.” Read more about it here. 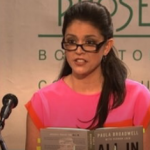 From The Jane Dough: On this week’s Saturday Night Live, the show had a golden opportunity to produce a skit on the General Petraeus scandal. But The Jane Dough’s Sarah Devlin says they disappointed: “While catching up on Saturday’s Jeremy Renner-hosted episode of Saturday Night Live, I was initially excited to see that the cold open was a sketch featuring Paula Broadwell reading excerpts from her Petraeus biography All In after the scandal of their affair broke. I was also excited to see that newcomer Cecily Strong would be playing Broadwell, since it’s been very heartening to see the new ladies in the cast featured so prominently week after week. What followed, however, were a bunch of tired 50 Shades Of Grey-inspired jokes… I was disappointed that the show didn’t bother to skewer Petraeus at all in the cold open. Paula Broadwell is only one half of that affair, and she’s had plenty of jokes made at her expense already.” Read on here. 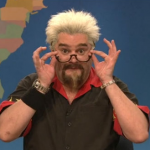 From The Braiser: The Guy Fieri / New York Times  review scandal continues to make headlines. Saturday Night Live even provided their take, reports The Braiser, “While Seth Meyers and Bobby Moynihan’s rehearsed a Weekend Update bit in which Guy Fieri reads and responds to Pete Wells’ New York Timesreview of Guy’s American Kitchen and Bar, the sketch sadly didn’t make the cut this weekend. Luckily, dress rehearsal footage still exists. In the clip, Seth presents Guy with the Times review, which Guy hasn’t actually read yet but is happy to after he declares that ‘reading is how the eyes eat.’ Ultimately, they conclude that Pete Wells’ expectations for the restaurant were too high. After all, Guy’s American isn’t even in New York. It’s inTimes Square. ‘I’m not competin’ with Jean-Georges and Per Se,’ Guy continues. ‘I’m competin’ with the Bubba Gump Shrimp Company and Los Churros! Roping me in with regular New York restaurants is like comparing apples and fat dirt.'” Read more and watch video here.