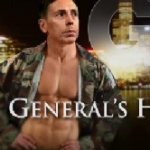 From Mediaite: The General Petraeus scandal is turning into somewhat of a soap opera. Good thing soap star Susan Lucci was on hand to help explain it to Stephen Colbert: reports Mediaite’s Alex Alvarez, “Sure, Comedy Central host Stephen Colbert may be a total news buff, but the man has also gots to have his stories — which is why the General Petraeus scandal is so perfect. It’s ‘news,’ sure, but it’s also the best soap opera currently on television. And not only does it involve a love (or, well, lust) triangle, it has its own veritable love pentagon. But, with so many characters and convoluted storylines at play, Colbert thinks the whole thing just becomes a little too far-fetched… For one: If we were really still fighting in Afghanistan, wouldn’t we be hearing about that on the news instead of all this?.. the best part of the segment was: SUSAN LUCCI!” Read more and watch video here. 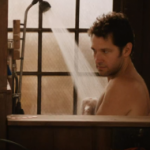 From Gossip Cop: Are you anxiously awaiting a new comedy film with some of the funniest in the biz? Well, wait no longer. Writes Gossip Cop, “Tina Fey and Paul Rudd are going back to school. In their upcoming movieAdmission, Fey plays a Princeton admissions counselor whose life is thrown for a loop when she’s forced to come face-to-face with the boy she gave up for adoption while she was in college. That introduction comes from Rudd, a teacher who thinks his student “prodigy” (Nat Wolff) is her long-lost son. Michael Sheen, Lily Tomlin and Wallace Shawn also star. Admission, based on a novel by Jean Hanff Korelitz, hits theaters March 8.” Read the whole article and watch the trailer here. 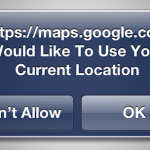 From Geekosystem: The worst part about the latest iOS upgrade was the maps feature, which Apple developed on their own. It completely malfunctioned, leaving iPhone users lost and frustrated. However, Geekosystem reports that may change: “One of two things was bound to happen: either Apple was going to fix its terrible Maps app, or Google was going to do it for them. Today, it looks like it’s going to be the latter. The Wall Street Journal is reporting that Google is getting ready to submit a new Google Maps app to the iTunes Store. iPhone users the world over can begin rejoicing…not now, but pretty soon. There’s no question the the new Apple Maps app is bad. Even Apple says it’s bad. So we’re surprised it’s taken this long for the realistic possibility of Google Maps returning to the iPhone to happen.”  Read more about the app here. 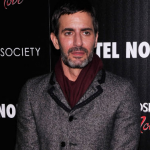 From Styleite: Many New York City residents were displaced by Hurricane Sandy. One high-profile member of the fashion world is still feeling the effects. Writes Styleite, “It doesn’t look like Marc Jacobs‘ apartment woes will be over anytime soon. He was hoping to move back into his West Village apartment at Superior Ink after hiding out uptown at The Mark to escape Hurricane Sandy, but that could actually take longer than he expected. Page Six reports that owner’s told residents that corrosive seawater got into the pipes, and that the building “could be unlivable for months”. But it gets worse, and a source tells the paper: “Owners will not get help to relocate and should call their insurance provider.” Ouch. The situation is definitely less than ideal, but seeing as how the residents include Hilary Swank and Lily Aldridge, we’re pretty sure they’ll have no problem finding alternate accommodations.” Read more about it here. 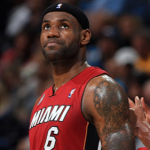 From SportsGrid: The basketball season is getting underway now, and the Miami Heat still can’t be beat. Reports SportsGrid on last night’s action:” Well, the Heat still have trouble in Denver, but this time they managed to get out of the city with a win, holding off a furious Nuggets rally to win 98-93. And while Heat fans are undoubtedly wondering why they even let the Nuggets back in after building a 19-point third quarter lead on a barrage of threes, the fact remains they beat a team most still expect to be pretty good on the road – their first win in Denver in 11 tries. Oh, and they did it without Dwyane Wade for the entire game, and Mario Chalmers for most of it.The game showcased much of what makes the Heat so dangerous – and also some of what could be their potential undoing, should they fail to repeat.” Read the full story here. 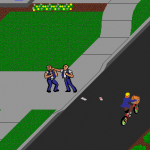 From The Mary Sue: If you had to name the 100 best video games of all time, what would you choose?  Time Magazine has chosen their list, The Mary Sue reports: “Best of lists are bound to attract controversy so prepare yourself to have some opinions on Time Magazine’s list of the 100 best video games.  Time’s Techland compiled the list, which for some reason, is organized not from 1-100 but by the decade the games were released. Perhaps it was an attempt to limit the number of complaints that one game should have been ranked higher than another. Regardless, in the 1970s, they’ve of course listed Pong… The 80s lists games like Pac-Man, Donkey Kong,  Tetris, The Legend of Zelda, Metroid, andSuper Mario Bros. The next Mario game to make the list was in the 90s with Super Mario 64. It shares the decade’s accolaids along with Street Fighter II, Sonic the Hedgehog, Resident Evil (the only one of that series on the list), Tomb Raider, Metal Gear Solid, and more.” Read more here. 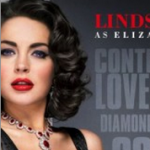 From The Jane Dough: Today, The Jane Dough has some news that will surprise no one: Lindsay Lohan is difficult to work with. Writes the site, “Who would have thought the notoriously late LiLo would wreak havoc on the set of highly anticipated Lifetime flick, ‘Liz & Dick’? As much as I wanted things to be different, I saw this coming, and apparently executive producer Larry Thompson wasn’t too pleased about working with her either. ‘Producing a movie with Lindsay is not for the faint of heart,’ he said during a conference call with reporters. ‘I turned 50 shades of white actually during the production.’ Though controversy and wild children such as LiLo sell (just look at all the ‘Liz & Dick’ sprinkled ads around New York City. Have you ever seen so many movie posters or ads for a Lifetime movie?!), the redhead came with lots of baggage.” Read on here. 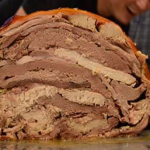 From The Braiser: With Thanksgiving fast approaching, what version of the classic bird will you be making next week? Will it have another bird stuffed inside of it? Writes The Braiser, “Society, how depraved can you get? Turduckens (a chicken inside a duck inside a turkey) were bad enough. Epic Meal Time’s TurBacon (five birds in a pig) was even more messed up. But an Australian radio show took the Turducken to new levels of insanity: 20 animals stuffed inside a pig. And Heston Blumenthal is proud of it?! Mr. Blumenthal, you’re an enabler. First of all, we feel fundamentally uncomfortable with the idea of a pigeon inside a rabbit inside a wallaby inside a kangaroo. That’s just, like, horror movie-level barbarism. But apparently not for Heston, he of the insanely huge foods.” Read more and see a picture here.