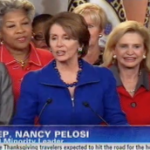 From Mediaite: As President Obama looks towards his second term, his administration also looks towards their composition for the next four years. And one announcement has been made, reports Mediaite: “Minority Leader Nancy Pelosi will stay on a the Democratic leader in the House of Representatives, she announced on Wednesday. In her remarks, she cited the work that still needs to be done — particularly underscoring the need to empower women. Pelosi remarked that when she first came to Congress there were only 23 women in the House, whereas now there are over 60 House Democrats who are women. But that’s ‘not enough,’ she said. ‘We want more.’ …For the country to reach its fullest potential, she said, we must have more empowerment of women. ‘We must lift up women’s leadership in our economy,’ she said, ‘in any subject you can name.'” Read more here.

From Gossip Cop: As 2012 comes to a close, “Gangnam Style” will be remembered as one of its greatest creations. In fact, even Madonna can’t stay away from it. Reports Gossip Cop, “The Queen of Pop was joined by Korean sensation Psy at her New York City concert on Tuesday. The pair got very up close and personal as they danced to his worldwide hit, and also to Madge’s ‘Give It 2 Me.’ ‘How much do we love Psy?’ the singer asked the crowd after they stopped grinding on each other. She added, ‘He flew all the way from Frankfurt, Germany this morning just to cheer your a**es up.’ It was Madonna’s second concert in as many days at Madison Square Garden, where on Monday she stripped to raise money for Hurricane Sandy relief.” Read more and see video of their performance here. 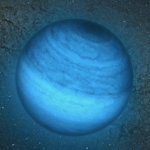 From Geekosystem: There’s been another exciting and unique discovery in outer space from scientists. Reports Geekosystem, ” A team of astronomers at the University of Montreal has uncovered a cosmic first — a planet without a star to orbit. Though stargazing scientists have theorized the existence of planet-sized objects that don’t orbit any star for years, today’s announcement is the first confirmed sighting of a so-called ‘free-floating planet,’ CFBDSIR2149, which meanders about a cluster of stars known as the AB Doradus Moving Group. While It wanders through this group of stars, though, it doesn’t call any of them home, seemingly preferring a life on the rails, not unlike some glorious space-hobo. There have been other candidates for ‘free-floating planet’ status in the past few years, but without solid data on the age and mass of these objects, astronomers have been unable to clearly define whether they are large planets or brown dwarf stars.” Read the story here. 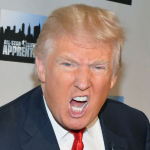 From Styleite: Donald Trump can’t stop stirring up controversy. This time, it involves Macy’s. Reports Styleite: “Donald Trump likes to push people’s buttons, and it looks like his words are finally catching up to him. Over half a million people have supported a SignOn.org petition asking Macy’s CEO Terry J. Lundgren to “sever ties” with Trump because he doesn’t have the ‘magic of Macy’s.’ Angelo Carusone, a Long Island native, is organizing the petition. He’s most notable for pressuring companies to pull ads from airing during Glenn Beck‘s show, and now he’s got eyes on the Donald. Carusone and supporters are questioning why Macy’s, a company that prides itself on social responsibility, would continue selling Trump’s wares, and points out what he alleges are some of the toupeed hotel magnate’s “especially unpleasant, nasty and despicable behavior.'” Read more about it here. 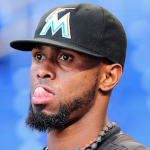 From SportsGrid: You may have forgotten about baseball in its offseason, but last night a trade was made that was so outrageous, sports fans had to pay attention. SportsGrid reports: “It didn’t take long into the offseason for things to get crazy on the MLB’s hot stove. The Miami Marlins, who constructed an entirely new team and identity for 2012 — only for it to crash and burn miserably — are unloading just about every key player on the roster and sending them up north to Canada… that’s Jose Reyes, Josh Johnson, Emilio Bonifacio, John Buck and Mark Buehrle. In return (so far), Miami is getting Yunel Escobar, Henderson Alvarez, Adeiny Hechavarria and left-handed pitching prospect Justin Nicolino.” Read more, including all of the updates and how the players of the respective teams felt about it (and expressed it via Twitter), here. 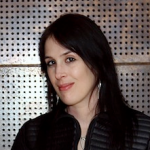 From The Mary Sue: Another girl in line to rule the world… sort of. The Mary Sue reports on the latest geek girl in power: “Don’t panic, Discworld fans, to use the words of another British humorist. Terry Pratchett hasn’t given up the writing ghost yet, he’s just planning for the future. And those plans include his only child, Rhianna Pratchett, already a pretty accomplished writer in nerd spheres… Like her dad, Rhianna is a professional writer, whose career has mostly focused on script writing for video games like Heavenly Sword and Tomb Raider. Trapped within a non-disclosure agreement when a questionable trailer and statements about the nature of Lara Croft’s character were released prior to her announcement as head writer, she was unable to talk about the game for some time after the controversy that ensued.” Read more here. 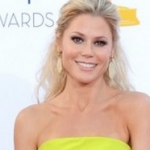 From The Jane Dough: The election may be over, but Modern Family star Julie Bowen is still sharing her thoughts on Ann Romney. The Jane Dough explains, “When Ann Romney said earlier this year that ‘Modern Family’ was her favorite show, sitcom creator Steve Levitan found a way to mock the conservative figure for her remark, tweeting, ‘We’ll offer her the role of officiant at [gay couple] Mitch & Cam’s wedding. As soon as it’s legal.’ Though the program head was quick to use Ann’s fandom against her and the Romneys in a passive manner, “Modern Family” star Julie Bowen recently offered a more understanding approach to the former prospective first lady, an attitude seeminglyunheard of among liberal Hollywood types who took pleasure in criticizing Ann during the election. ‘I think that’s also Ann Romney’s way of letting us know she had to say and do things she doesn’t really believe for the election,’ Bowen told Metro UK.” Read more of her opinion here. 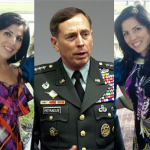 From The Braiser: When food and politics collide: It looks like this isn’t the first turn in the spotlight for the twins involved in the General Petraeus scandal. Reports The Braiser, “Remember how sad/suspicious the nation was when renowned General David Petraeus voluntarily resigned from his post as the head of the CIA due to an affair discovered by the FBI? Remember how our sadness soon turned to rapt attention as the scandal ensnared another four-star Army general and a host of other women? Turns out that Jill Kelley, the woman who alerted a FBI agent to harassing emails sent by Petraeus’s biographer/mistress Paula Broadwell, also has a twin sister who appeared with her on the Food Network many moons ago. Grub Street dug up a 2003 appearance by the unpaid social liaison and her bankrupt, allegedly ‘unstable’ twin Natalie Khawam,where they appeared on a since-canceled show called Food Fight. The premise: two teams of two arbitrary categories (in this case, siblings vs. siblings) cook against each other.” Read on here.